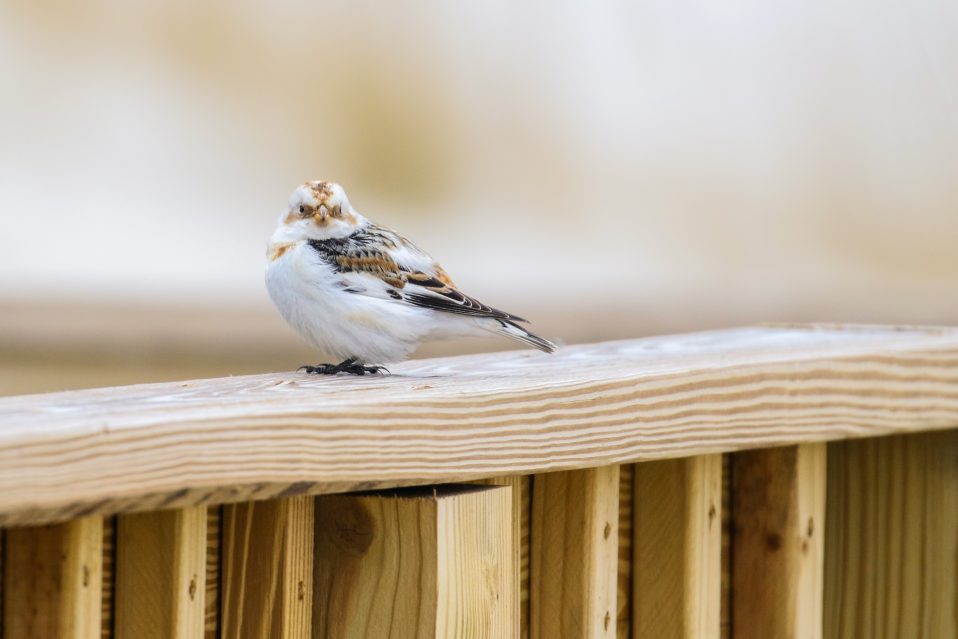 A Snow Bunting at the Cape May Springwatch on March 16. Photo © Tom Reed.

The period opened with southerly winds and another push of Canada Geese (1,181) and assorted early-season migrants on the 11th. Happily, the southerlies continued into the 12th, producing the season’s first Purple Martin–an adult male–and an Osprey, while over the bay 2 Common Eiders headlined a cast that included nine species of waterfowl. The passage of a strong cold front late on the 12th brought an end to the early-season warmth and signaled a pattern shift that would encompass the rest of the period. Strong north winds on the 13th coincided with a significant concentration of Northern Gannets feeding in the bay (easily 7,500!), and we were happy to see the first Iceland Gull of the season. The day also saw a noticeable movement of Icterids traveling west through the dunes. Numbers of migrants continued to dwindle as the thermometer continued dropping through the 14th and 15th. The 16th brought lots of clouds but also a couple surprises, with a Common Raven arriving from the bay shortly after sunrise and a Snow Bunting suddenly appearing in front of us a bit later on. This individual represents just the second recorded since the start of the Springwatch project; most typically depart the area by March. Onshore winds, fog, and rain were all occasional-to-frequent companions during the rest of the week, and as often happens in these conditions, migration slowed to a crawl. Two female-type Red Crossbills that briefly paused at Coral Ave on the 19th were intriguing and will hopefully be followed by more. The 20th featured a female-type Common Merganser racing north up the bay (perhaps the only one we’ll see this season), and the 21st-22nd saw light numbers of expected migrants to close out the period. The morning census at Cape May Point State Park recorded 31-60 species each day and 87 species through the period; census highlights are included below. Marine mammals included a Harbor Porpoise on the 19th (just the 3rd Springwatch record!), Atlantic Bottlenose Dolphins on multiple days (max of 80 on the 16th), Harbor Seal and Gray Seal on multiple days. 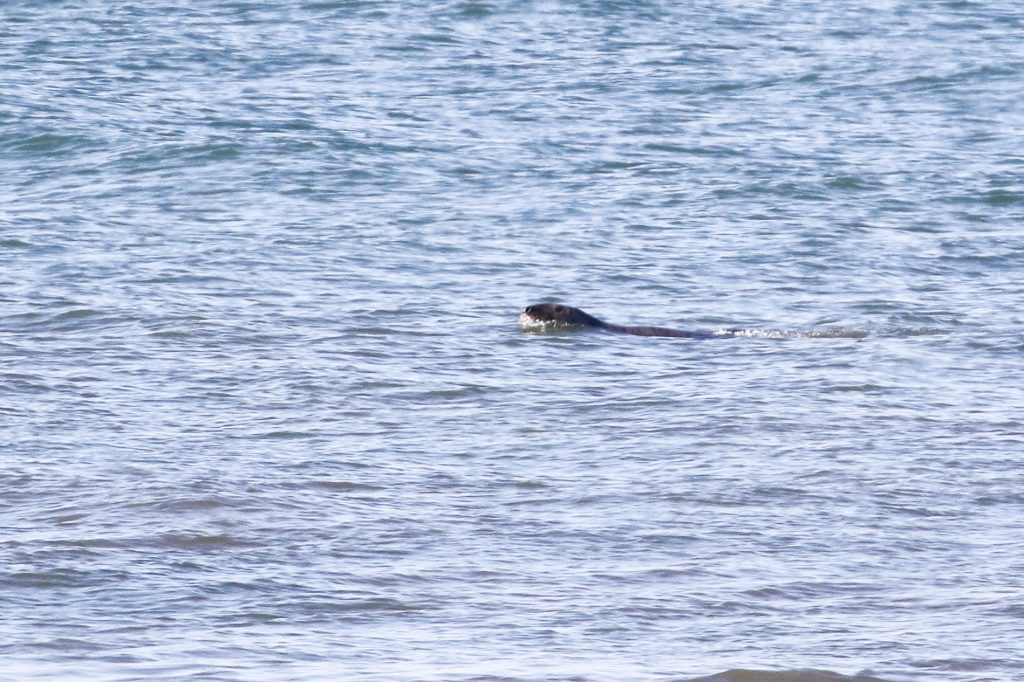 Tundra Swan: one last lingering individual stayed on the “plover ponds” at Cape May Point State Park through the 19th but has not been seen since.

Common Eider: a female flew past Coral Ave on the 11th, followed by two males seen on the bay near Coral Ave on the 12th. We typically see very few Common Eiders at the Point during spring, but this may not hold true in 2021 after a strong southbound flight the previous fall. 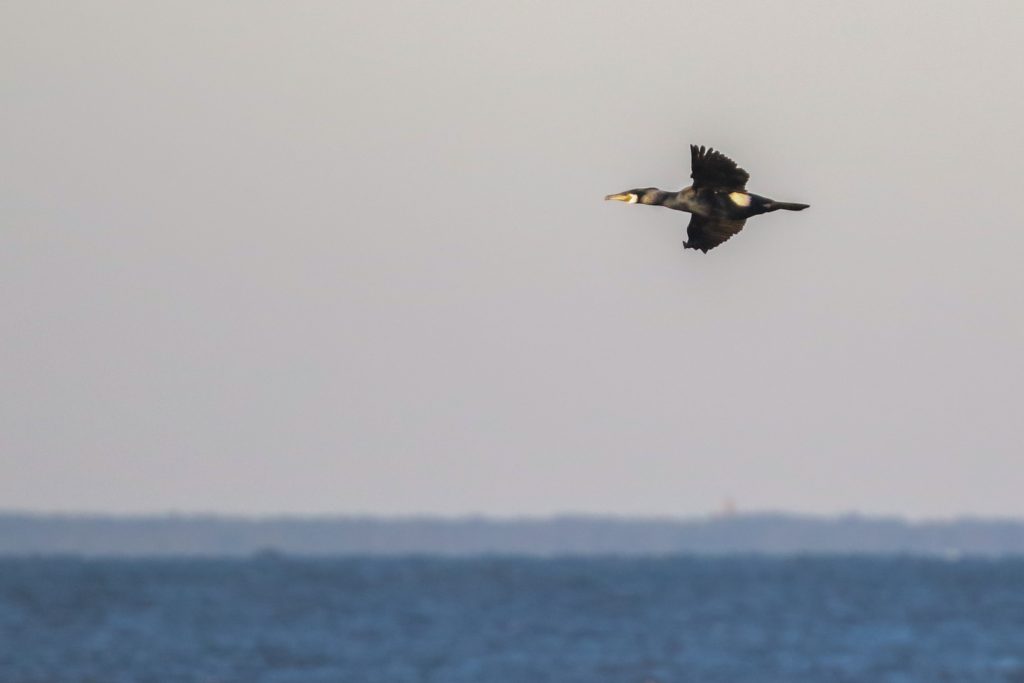 Iceland Gull: a second-cycle individual was seen from Coral Ave on the 13th; what was presumably the same bird put in another brief appearance on the 16th. 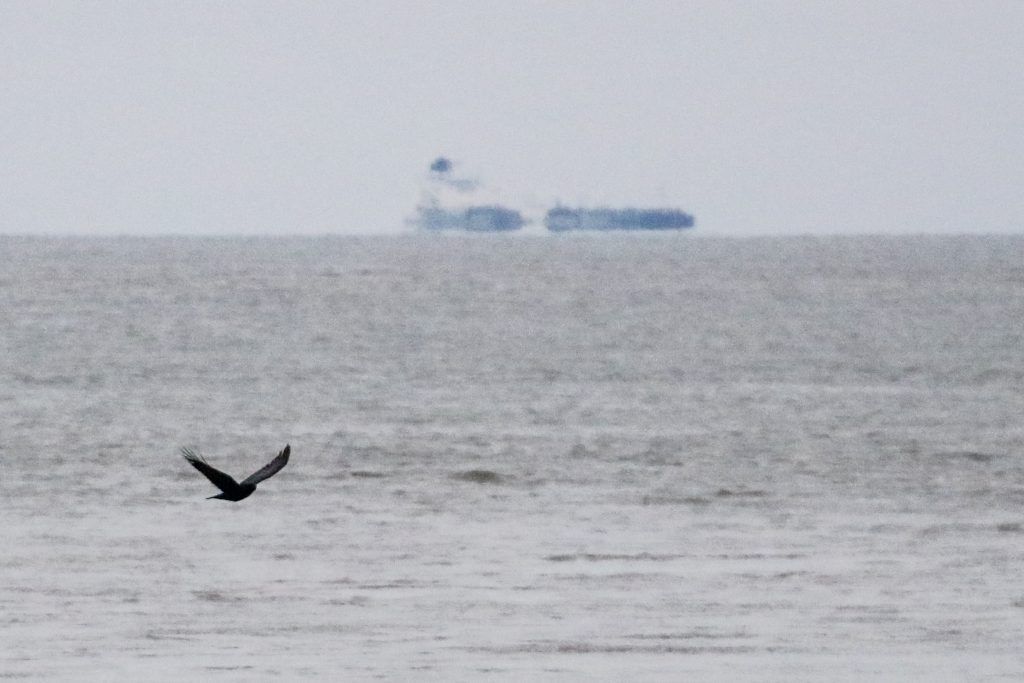 Surprisingly, another photo of a Common Raven over water: this one arriving from Delaware Bay on March 16. Photo © Tom Reed.

Common Raven: one arrived from the bay during the early AM on the 16th. The same/another was seen flying over Cape May Point on the 20th.

Red Crossbill: two female types briefly paused in the pines near Coral Ave on the 19th before continuing northwest. Audio recordings were referable to Type 10, which has been the predominant type involved in the 2020-2021 irruption seen across the region. We will be watching to see if more crossbills (and other winter finches) appear as spring unfolds. 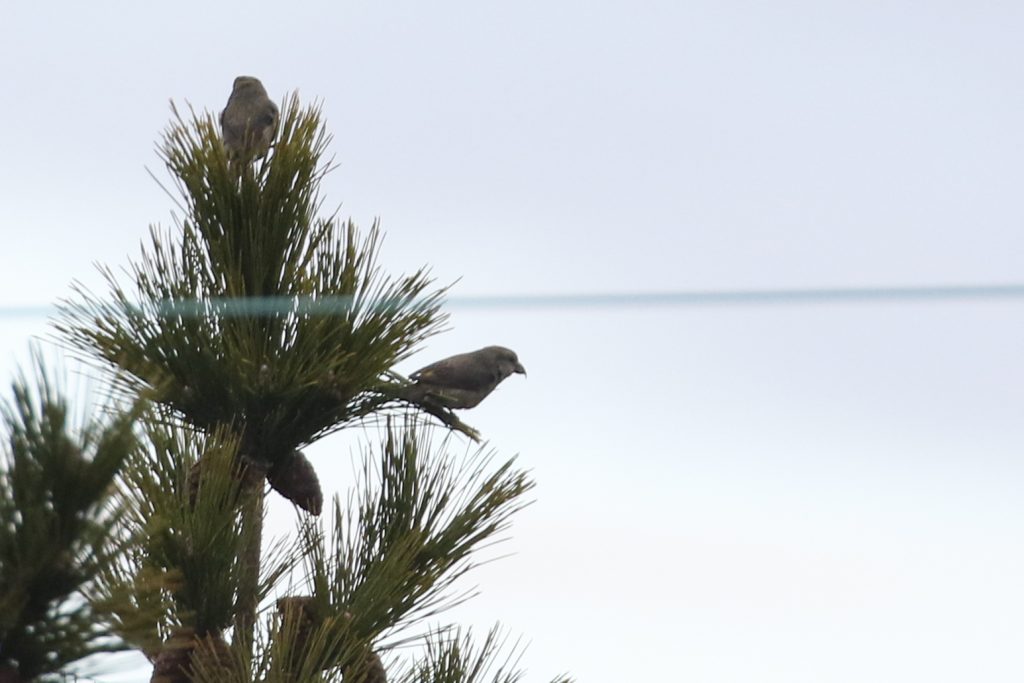 Orange-crowned Warbler: at least 2-3 wintering birds continued to persist at the State Park through the period, with detections during the morning census on a near-daily basis.

Common Yellowthroat: a female, apparently wintering at the State Park, was detected during the AM census on the 19th. 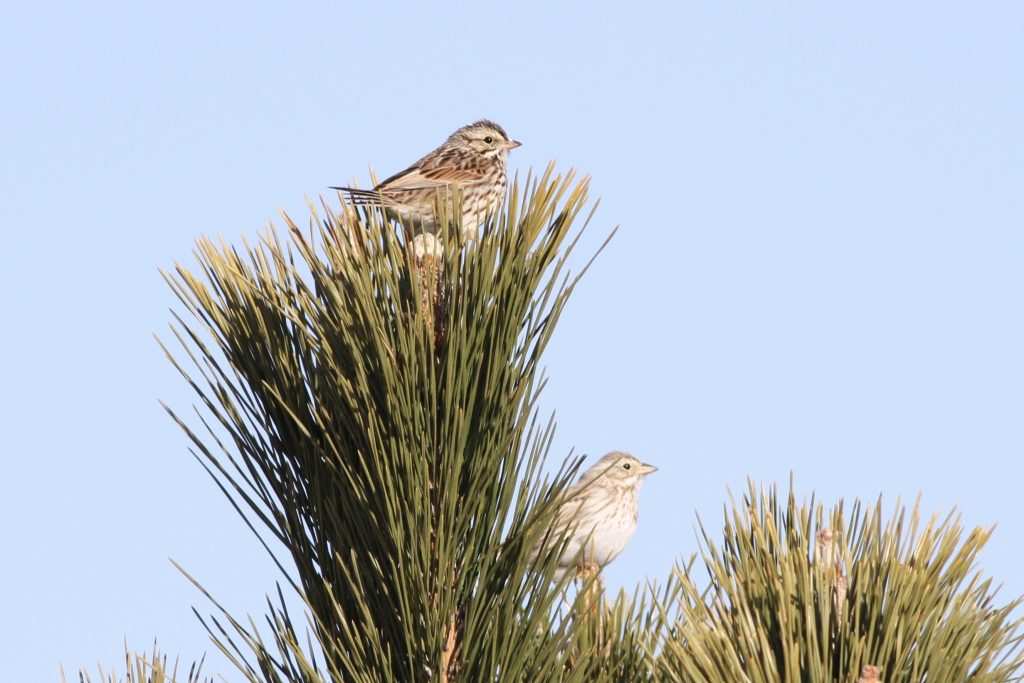 Thanks for reading, and we hope to see you in Cape May this spring! The migration count at Coral Ave starts at sunrise every day and continues for at least four hours; visitors are welcome but must wear face masks and adhere to social distancing requirements / additional CDC guidelines. To learn more about the Cape May Springwatch (and to view daily migration count totals), head over to our Springwatch information page. Our staff greatly appreciates continued support from collaborators Larry & Judy Winne, along with continued partnerships with the Borough of Cape May Point and data entry provider Trektellen.