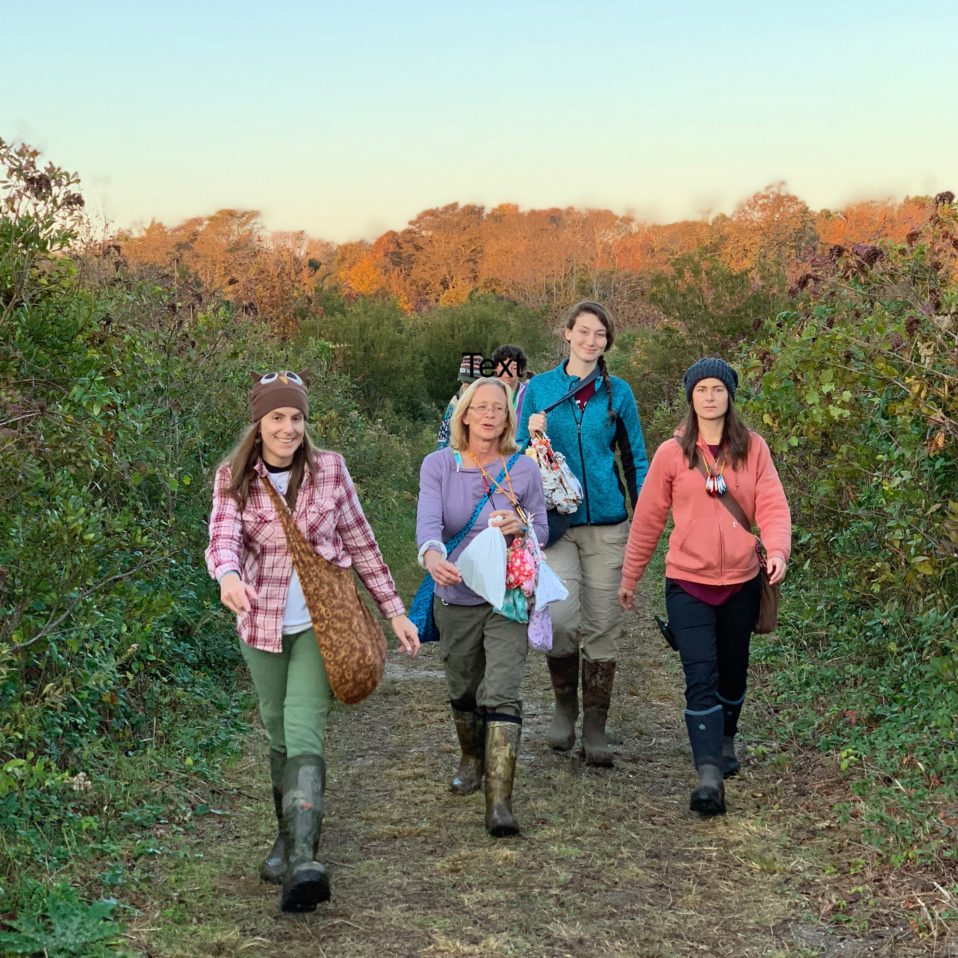 Above: Our Bander-in-charge and a fraction of the total volunteer squad for the season, but a solid representation of the high quality staffing that helped make fall 2018 a successful reality!

Week twelve began with flashing lights and six police officers right outside the station. No, it’s probably not what you think; we were visited by the wonderful students (and teachers!) of West Cape May Elementary! It’s always great when we can show someone the exciting work that we do, but when we get to show birds up close to sixty bright and eager young minds, it’s something extra special. Everyone thoroughly enjoyed learning about bird banding, playing migration-themed games with one of NJ Audubon’s Environmental Educators (who also happens to be one of our ace banding station volunteers!), and helping release some of the birds post-processing. We banded 363 new birds that morning, of which 340 were Yellow-rumped Warblers. Highlights included a stunning adult Savannah Sparrow as well as TWO adult Sharp-shinned Hawks. As is often the case with passerines, most of the raptors that are caught here in the fall are hatching-year birds so, to get two adult raptors in the same morning was a real treat! There was no banding on November 2nd or 3rd due to weather. On the evening of the 2nd, we were all treated to a wonderful presentation on molt and ageing passerines by Marc Illa, the young professional from Falsterboro. He even included some tricky “quiz” birds at the end using photos that he had taken at our station earlier in the week. To say that we are grateful to Marc for all his help these past few weeks would be an understatement; we were fortunate to have him as part of our team and we look forward to working with him again.

November 4th was the last day of banding for many members of our team. Coincidentally, it also appears to be the last “big” day of the season in terms of total birds captured. We banded 229 new birds of 21 species. Although Yellow-rumped Warblers were the top species banded (70), the sparrows gave them one last run for their money with 64 Swamp Sparrows & 54 Song Sparrows banded. We also caught another Yellow-billed Cuckoo, our seventeenth of the season! Although its our inaugural season, based off what we know from other stations, catching that many cuckoos is something special. Plus, this is also a species that is more often heard than seen in the field. Did you know that Yellow-billed Cuckoos are sometimes referred to as “rain crows” due to their propensity towards calling in response to loud noises, such as thunder? They are also quite loud in the hand, but their loud croaking and almost primal-sounding calls have brought nothing but smiles to all our faces this season. 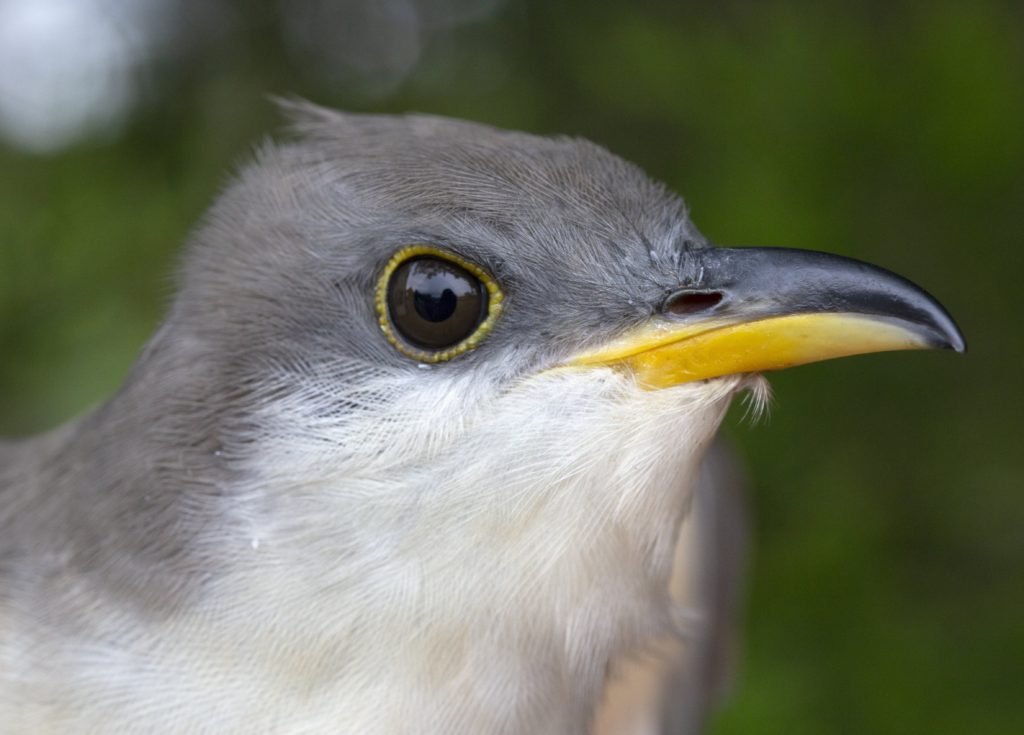 There was no banding on the 5th due to extremely strong NW winds and when banding resumed on the 6th, it was quite eerie out in the marsh. It was misty and overcast and we went from seeing birds everywhere just a few days prior to seeing practically none at all. We only banded 23 birds of 3 species, but we did have a new species for the season, a Solitary Sandpiper! It’s surprising that we haven’t caught a SOSA before now since, during migration, they prefer temporary pools and flooded ditches alongside wooded areas, which is a rather accurate description of our banding station right now. Also, of note, Solitary Sandpipers are one of only two (out of 85!) species of sandpipers world-wide that nest in trees, preferring to place their eggs in deserted songbird nests. How cool is that?! November 7th was another rather quiet morning out in the marsh, although it did pick up a little mid-morning. We banded 55 birds of 11 species. Of the four White-throated Sparrows that we banded, one was a white-morph. For those of you who are unaware, White-throated Sparrows come in two color morphs: white and tan. Recent studies have shown how a chance genetic mutation drove the evolution of these two different morphs, a morph in this instance being a subtype of the bird that is colored differently, behaves differently, and mates only with the opposite morph. We then get a species that’s particularly unique as it behaves as if it has four sexes, i.e. one individual can only mate with one-quarter of the population. White-throated Sparrows are an incredibly interesting species and we highly suggest reading up on them more when you have the time. What’s particularly interesting for us is that out of the 95 individuals that we’ve banded thus far this season, less than five percent have been a white-morph. Is there a reason that tan-morphs prefer our area? Tan-morphs are notoriously less aggressive than white-morphs but, when it comes to whether they prefer different habitats along migration, very little is known. It will be interesting to see what patterns (if any) we continue to see over the upcoming years.

The twelfth week of our inaugural banding season here in Cape May was another great week. We banded 669 new birds across 27 species. We were able to operate nets on four out of seven days for a total of 319.5 mist net hours (mnh). Yellow-rumped Warblers were the top species banded with 466 individuals, followed by Swamp Sparrows and Song Sparrows with 72 and 54 individuals banded, respectively. November 4th was our last big day for the season with strong NW winds pushing most of the birds out of the marsh by the time we resumed banding on the 6th. We recaptured 27 individuals of 7 species during the week. We also recaptured four Yellow-rumped Warblers on multiple days perhaps indicating that they are part of the over-wintering population here in Cape May. We said good-bye to many of our team members and along with the birds that we’ve banded, we hope to see them all again next year!