The Solstice is behind us.  The earth has started the annual tilt on its axis that will end six months from now in winter.  As you read these words, the first of Antum’s southbound migrants are crossing over Canada, en route to refueling stations here in coastal New Jersey.  Dowitchers and Lesser Yellowlegs are members of a pan-global family of birds that includes, sandpipers, plovers and other birds whose feet straddle the ocean and shore, the “shorebirds.”  Most are long distance migrants, using their vaulted powers of flight to exploit the seasonal riches of the northern summer and retreat to southern regions in the austral summer.  It’s a good strategy providing your constitution is built for distance and speed, and providing you can refuel in route.  That’s where New Jersey comes in, that strategic refueling depot on the trans-hemispheric highway. 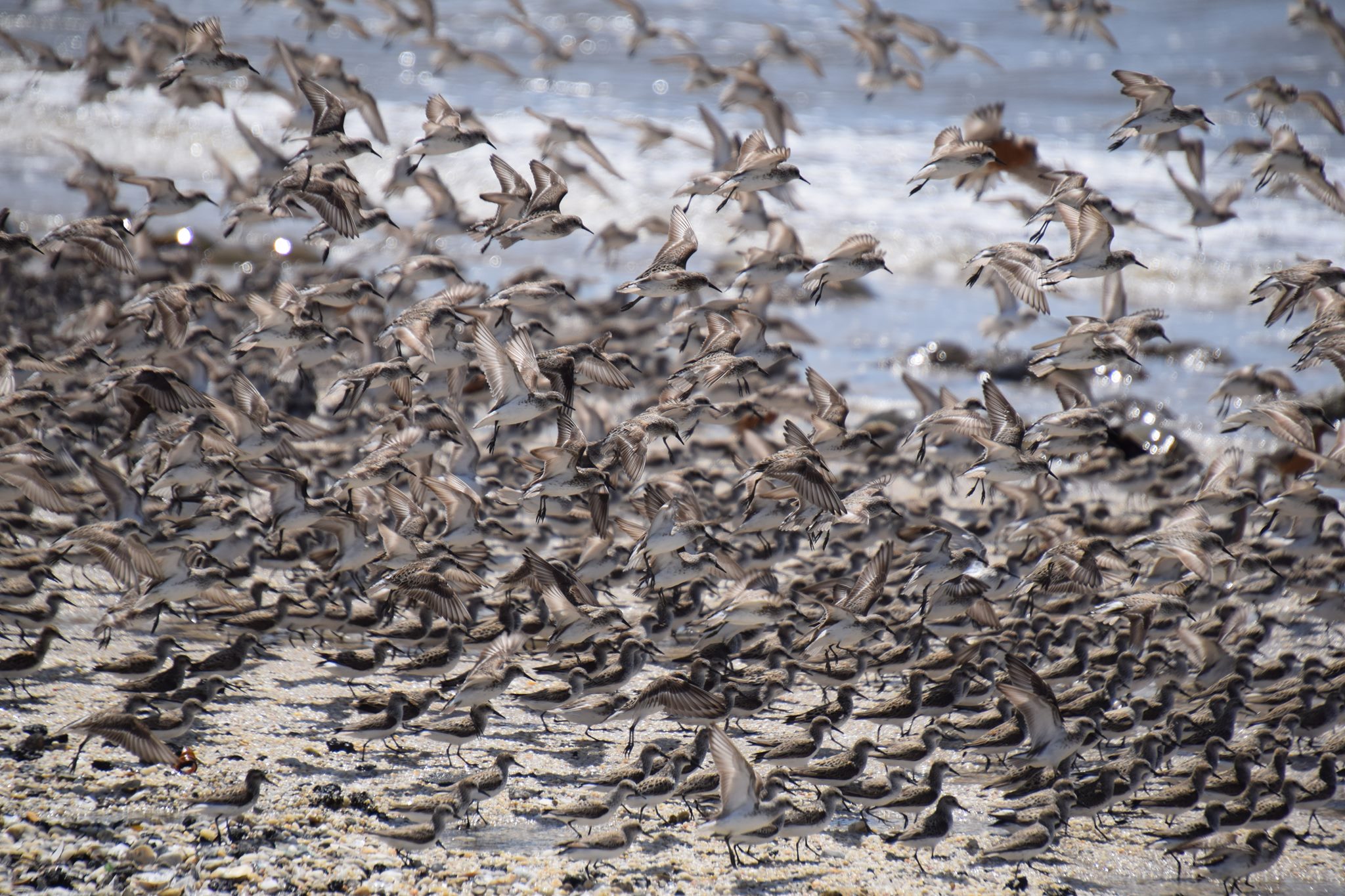 In Spring, it’s the eggs of horseshoe crabs that give northbound birds that fill the fuel tanks of birds.  In fall, it’s small invertebrates, the birds exhume from mud and sand.  The number of inverts is low in spring, hence the need for crab eggs.  But now with marshes teeming with life, the birds fan out, each species using its own species specific strategy to secure prey.  Dowitchers are tactile feeders.  Yellowlegs are visual hunters.  Dowitchers probe, yellowlegs stab.

You inlanders are not out of the money when it comes to shorebird migration.  Reservoirs drawn down by drought are fertile ground, literally for southbound Least and Spotted Sandpipers.  No drought, search adjacent elevated roadways.  Solitary Sandpipers are also inland migrants and can spend an entire day foraging in a puddle the size of a bathtub.  The Hackensack Meadowlands are an historic waystation for migrating shorebirds. New Jersey Audubon’s Rich Kane did seminal work on southbound shorebirds, there in the 1970s, summarized in Records of New Jersey Birds as an “Occasional Paper.”

Your ticket for the: Shorebirds South