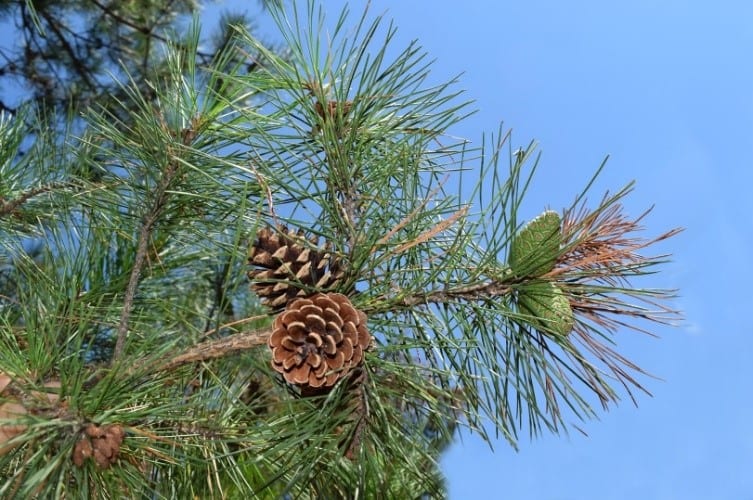 According to the 2016 Shortleaf Pine Restoration Plan, “Shortleaf pine (Pinus echinate) has the largest geographic extent of the southern yellow pines, occurring in 22 states in the US.  However, extensive logging, subsistence farming, the loss of open range grazing of livestock, and a lack of appropriate disturbance for subsequent regeneration have contributed to a 53% decline in its range since 1980.”

In New Jersey, which is its most northern and eastern limits of its range, shortleaf pine does occur in 13 of the 21 counties, but it is a more a common component in the NJ Pine Barrens region in the southern part of the state. Making up only 2% of all pines in NJ (2015 FIA Data), the “two-needle pine” or “smooth-bark pine” defines the shortleaf’ s physical characteristics from its more common associate in the Pinelands, the pitch pine (Pinus rigida).

As fire plays a key role in the Pinelands ecosystem, helping to maintaining forest structure and diversity, the shortleaf benefits from this periodic disturbance because of its fire-adapted traits. 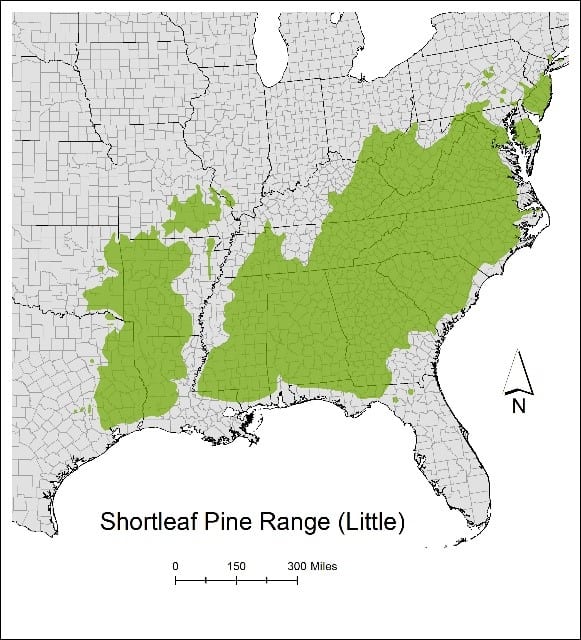 These traits include seedlings and saplings having the capacity to re-sprout when top-killed by fire due to axillary buds located in a basal J-shaped crook near the ground surface, a unique feature of the species (Mattoon 1915a).  Shortleaf pine also has a thick platy bark and minimal quantities of resin protect older trees from fire, as well as the tree produces abundant seed crops and persistent cones allowing for regeneration soon after fire (Mattoon 1915a).

The open woodland structure of shortleaf pine ecosystems provides important habitat for wildlife, including Northern Bobwhite.  Since shortleaf pine woodlands typically have a lower canopy cover and a more diverse understory dominated by grasses and forbs, a greater numbers of bird and animal species are found within them (Masters 2007) as compared to pine-oak forests.

Your ticket for the: Shortleaf Pine an Important Component to NJ’s Forests