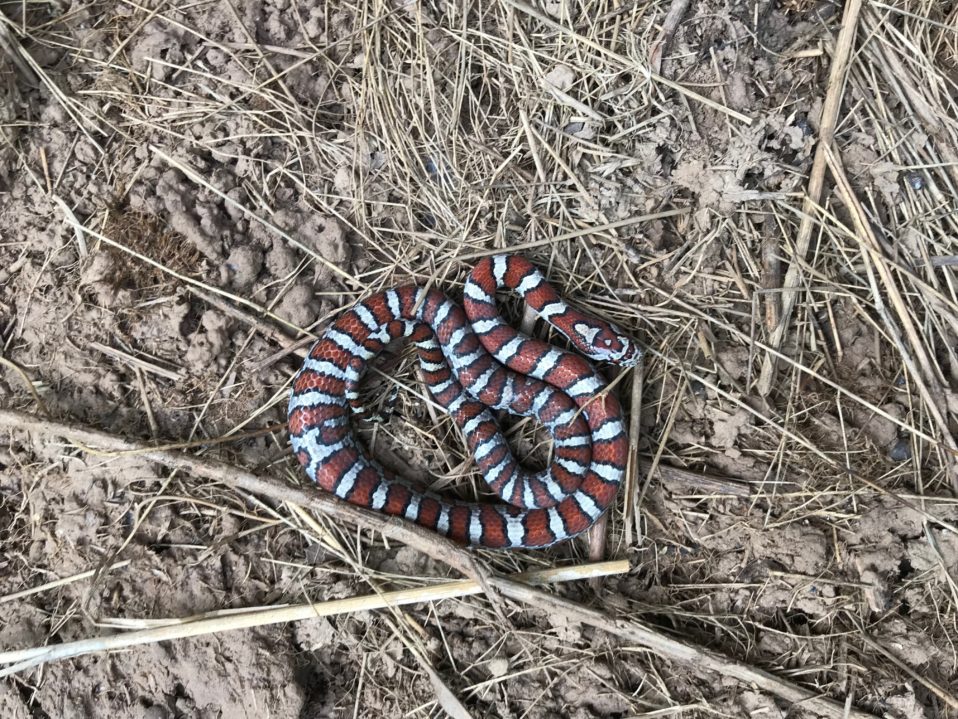 At New Jersey Audubon we recognize the importance of citizen science projects because they provide a means for people to connect with nature and community and they also provide valuable information. This information is very helpful when developing land management decisions.

One such citizen science project that was initiated this past year was a Snake Cover-board Project at a NJ Audubon sanctuary undertaken by Frank Sencher and his 9-year old son Matthew. 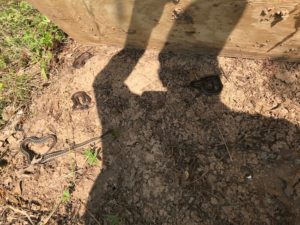 Four Eastern Garter Snakes of Varying Ages found under a cover-board during the survey. Photo by Frank Sencher

A cover-board is simply a square of wood (typically plywood or pine) or metal (typically tin) placed on the ground which allows for animals to hide under it. Because of the hydric and thermal microclimates that are created beneath the cover-boards many animals, such as snakes, turtles, and salamanders frequent the cover-boards to help them thermoregulate. Frank and Matthew’s project involved randomly placing several cover-boards throughout managed habitat areas at the property and then periodically checking them between April and November and recording any wildlife, primarily snakes, detected (no handling or collecting of the animals was performed by the observers). An Eastern Garter Snake and a Milk Snake share space under a cover-board. Photo by Frank Sencher

Several species, as well as ages (i.e. adults, juveniles, neonates (i.e. a newborn up to 4 weeks old)), of snakes were observed at the site which included Milk Snake, Garter Snake and Dekay’s Brown Snake. All species found during the survey were non-venomous common species in New Jersey, but these small snakes do provide an important role when it comes to rodent and insect control, as well as, serving as a food source for other animals higher up in the food chain. 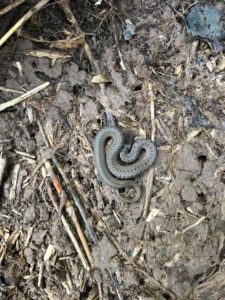 Additionally, snakes serve as sensitive indicators of change to habitat or the environment more broadly. Collecting this data from the cover-board surveys can prove useful when trying to determine reptile and amphibian abundance and diversity at a property.

NJ Audubon thanks Frank and Matthew for their efforts to help us make NJ a better place for people and wildlife and look forward to their continued citizen science investigations at the site.

Your ticket for the: Slithering Citizen Science