Winter Raptor Workshop – So What Did We See? 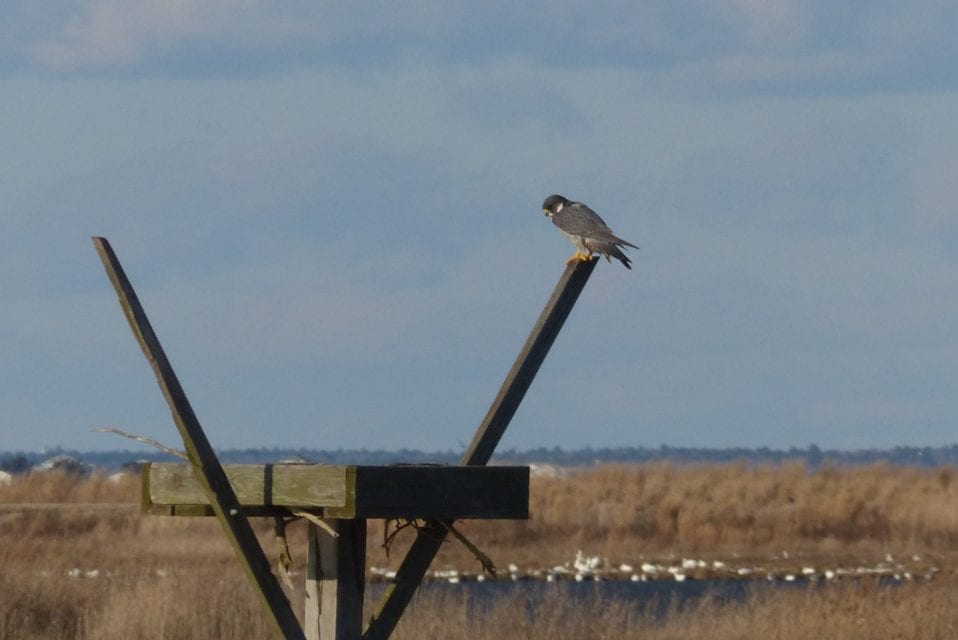 It was a full two days of birding and learning on the recently completed Wintering Hawks, Eagles & Owls Workshop, part of the Cape May School of Birding (January 5 & 6). This workshop highlights the array of raptor species using the extensive coastal marshes, and we were rewarded in our efforts.

The group enjoyed 12 species of raptors (included are the two vulture species), with the numerous Northern Harriers (27) and Bald Eagles (16) being the most evident. While most of the harriers were richly colored immatures, we also had several adult females and one adult male (“grey ghost”) pass by, some doing their characteristic “wing-overs” as they dropped into the marsh after prey. Bald Eagles were apparent at most locations, with adult pairs cruising by, and a handful of immatures, including some subadults, giving much different looks. We were able to enjoy the beautiful colors of a perched adult Red-shouldered Hawk at Cape May Point, while a flying immature at Thompson’s Beach provided views of the characteristic wing crescents. A scattering of Red-tailed Hawks (6) demonstrated their flying “style”, and allowed for a discussion of all the features to look for on this regularly occurring species. Peregrine Falcons had a 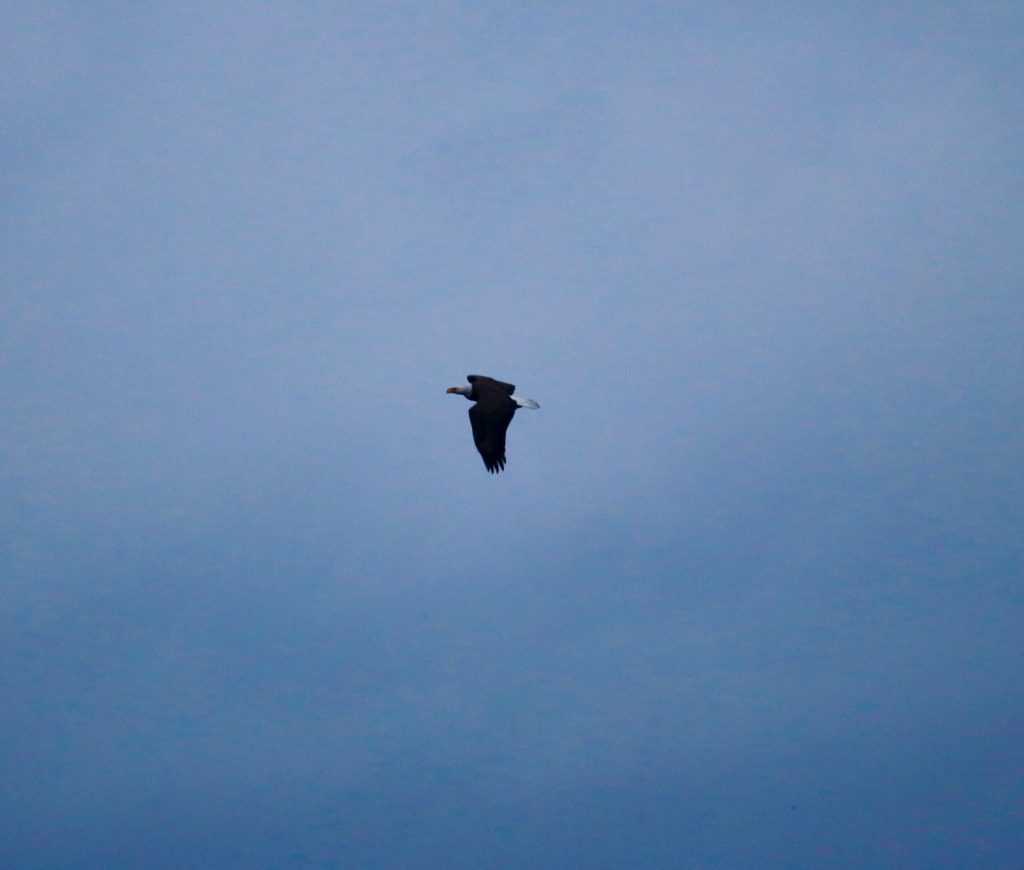 good showing (5), with an adult along the wildlife drive at Forsythe NWR allowing for close views as it perched on a platform and an example of its hunting style as it cruised by ducks on the water. An adult male Merlin (“Blue Jack”) provided a flash of color and speed in Cape May Point. Owls were also a treat, as we got to watch 2 Short-eared Owls hunt the marshes at Jake’s Landing with their distinctive shape and flap (one passing fairly close), and a Great Horned Owl perched in the open in the fading light. The vulture species did what vulture species do, soaring and gliding their way over large areas, enabling us to appreciate the rocking “V”s of the Turkey Vultures (as well as the red heads with ivory bills of adults) and the flatter, compact profile of the Black Vultures, sometime flashing the white in their “jazz hands” primaries. The final raptor of the workshop was an uncommon dark morph Rough-legged Hawk at Mott’s Creek, hovering and hunting its way across the marsh – a fitting and unexpected ending to a fun weekend! 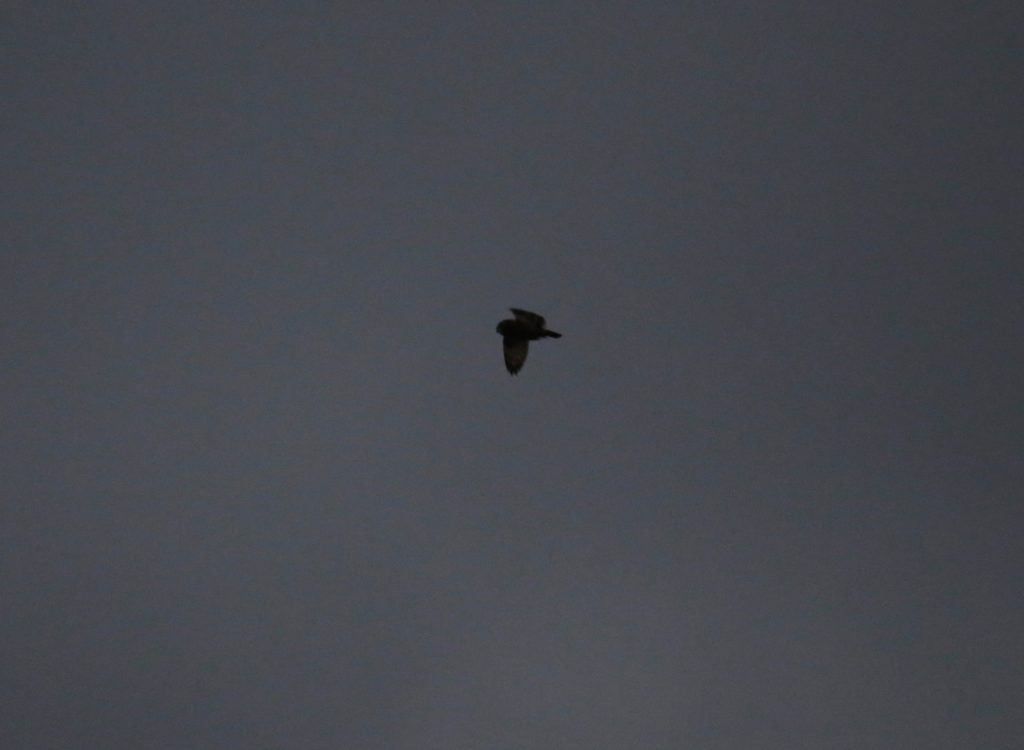 Despite fog the first part of day one and a passing shower (provided a different mood to the marshes and the ghostly harriers that came by – and the perfect time for the indoor presentation), the weather opened up and the birds responded. Along the way, we scanned the vast openness of the coastal marsh, forest edge, and potential roosting evergreens. Overall, we encountered 71 bird species (full list below), with non-raptor species like Razorbill (11), Seaside Sparrow (4), Palm Warbler (1), and 19 species of waterfowl providing some excitement. 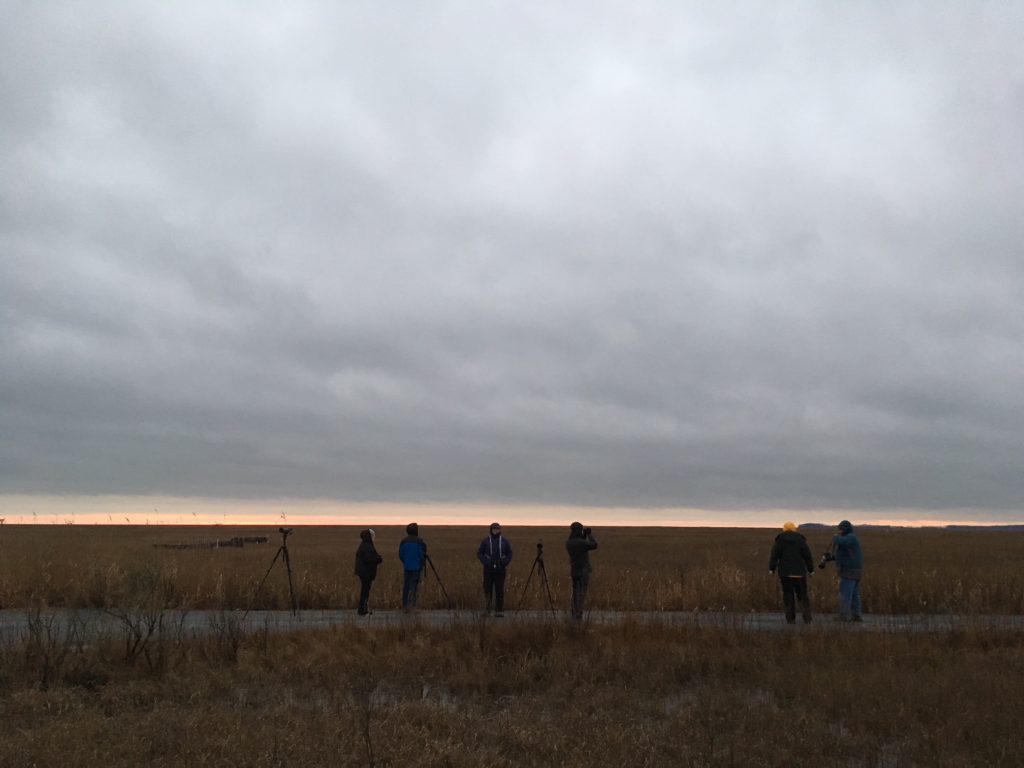 Hope you’ll join us on our next Cape May School of Birding Workshop – Techniques of Field Observation with Michael O’Brien – February 16. For more details or to register, go to: CMBO Programs 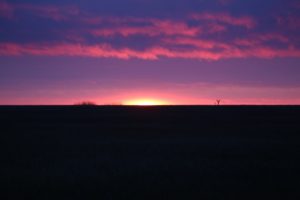 Your ticket for the: Winter Raptor Workshop – So What Did We See?

Winter Raptor Workshop – So What Did We See?