Major Milestones at the Banding Station The last week has been very busy for New Jersey Audubon’s Cape May Bird Observatory (CMBO) in partnership with Cellular Tracking Technologies (CTT), Cornell University and The Nature Conservancy (TNC). Our first deployment of LifeTags™, tiny solar-powered radio transmitters weighing about 0.35g (less than a dollar bill cut in half). These tags do not have a battery and can operate over many years allowing for long-term monitoring of songbirds over their “life”. The ground-breaking design was developed by Cornell University researchers and engineers and then licensed and improved by Cellular Tracking Technologies. The first deployments took place over the Columbus Day weekend and the following week, at TNC’s South Cape May Meadows Preserve. These transmitters are attached to birds using 3D-printed harnesses developed by CTT and Cornell, and prototyped last year right here in Cape May on Sanderlings (read about this project in the 2018 Peregrine Observer).

As of today, they have now been deployed on two resident species (Northern Mockingbird and Carolina Wren) and one short-distance migrant (Yellow-rumped Warbler). These transmitters will allow us to determine such things as habitat usage, home range, and migration decisions of these species and more. These transmitters communicate with an array of receivers distributed across our banding area, as well as a broader network throughout the Cape May Peninsula and the Delaware Bay region. It’s also possible that our birds will be detected by base stations anywhere between the Canadian Maritimes and South America, and with more stations being deployed every day, the chance of a long-distance data point is ever increasing! 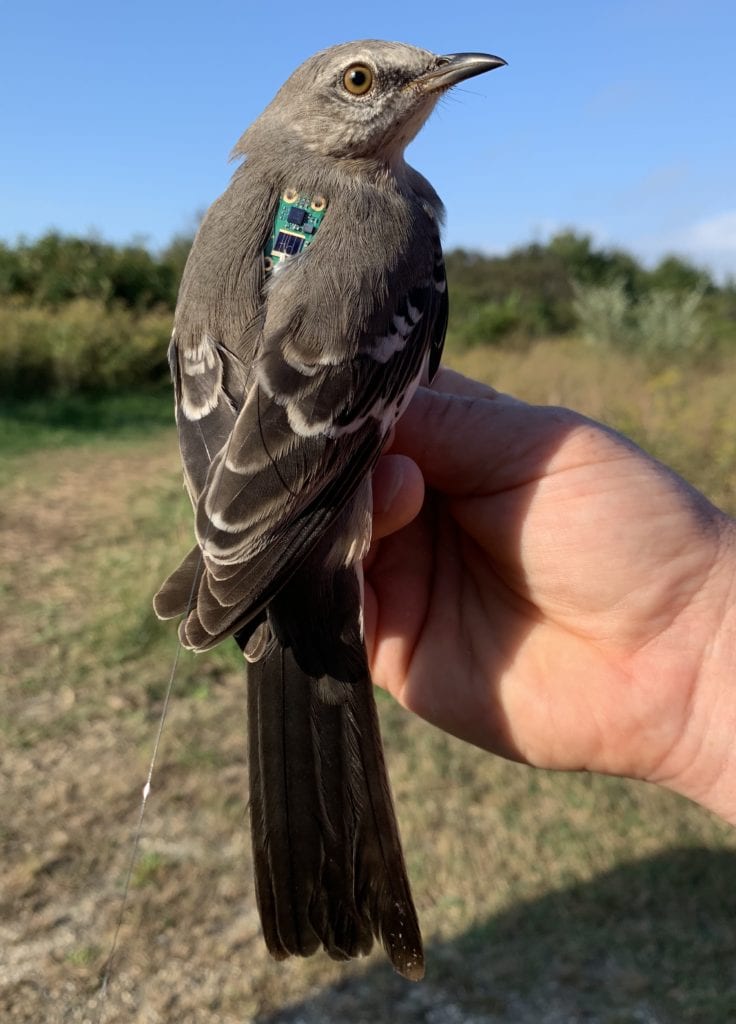 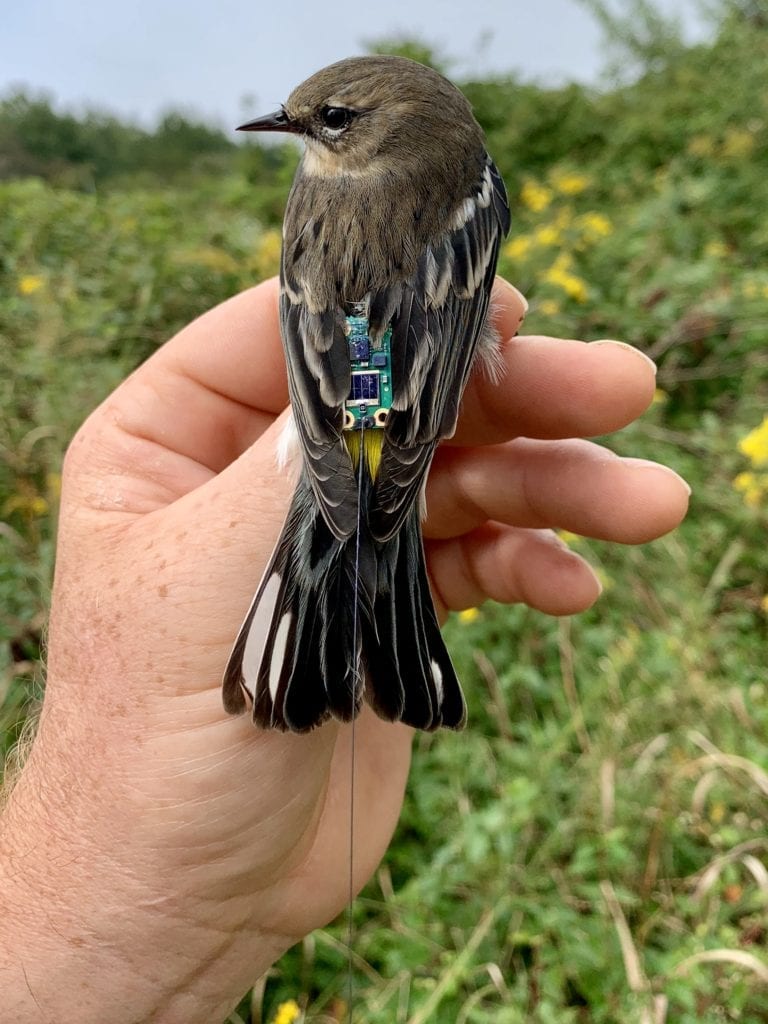 These data will provide us important information on habitat usage throughout the annual cycle, and used to make informed conservation decisions about issues such as protecting stopover habitat, evaluating habitat quality, and measuring the effect of habitat restoration. Example showing the ability to calculate home ranges of animals using LifeTag™ data. These data are from Diamondback Terrapin turtles tagged by The Wetlands Institute in nearby Stone Harbor. Data courtesy of Cellular Tracking Technologies.

Our partnership with Cellular Tracking Technologies means that we’re working with the latest cutting-edge technology, from their new base stations that can communicate with each other and the web, to small nodes used to refine bird locations, to the tiny tags that weigh less than 0.4 grams. 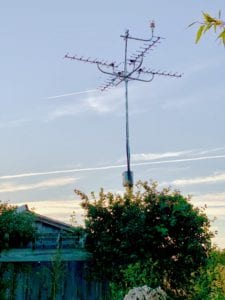 Base Station for detecting birds fitted with LifeTag™ transmitters But why stop there? For the last 10 years Cornell and CTT have been dreaming of getting larger birds involved in tracking smaller birds and started to put that to the test right in Cape May this weekend with the first two “stars” in the new VultureNet constellation. So whereas base stations and nodes are fixed to the ground by a mast or pole, these two birds represent mobile base stations that take to the skies each day, not only collecting high-resolution GPS data on their own movements, but also picking up signals from all of the other birds in the region wearing LifeTag™ transmitters and transmitting them back to base stations or over the cellular network! 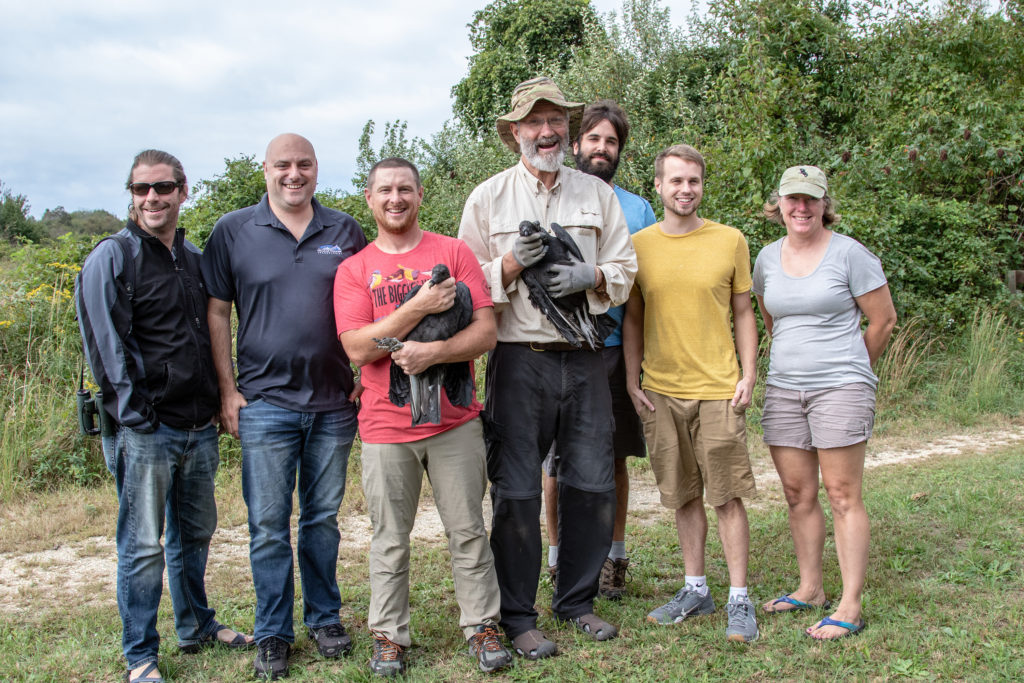 Cellular Tracking Technologies and Cornell University team with the first two “stars” in the VultureNet constellation!

Yes, that’s correct, our Northern Mockingbirds, yellowrumps, and any other birds wearing LifeTags™, will talk to each of these vultures when they’re in range of each other, and together with the base stations and nodes, they will triangulate the location of our birds wherever they go. This is truly science fiction, realized! CTT has dubbed the larger system that VultureNet is part of, the Internet Of Wildlife, where all the animals tagged can talk to each other and relay data back to the researcher.

We will have much more to share on these and other studies happening at the banding station in the coming weeks and months so be sure to follow this blog regularly. In the meantime, keep your eye to the sky above Cape May and you might just see one of our newest stars. 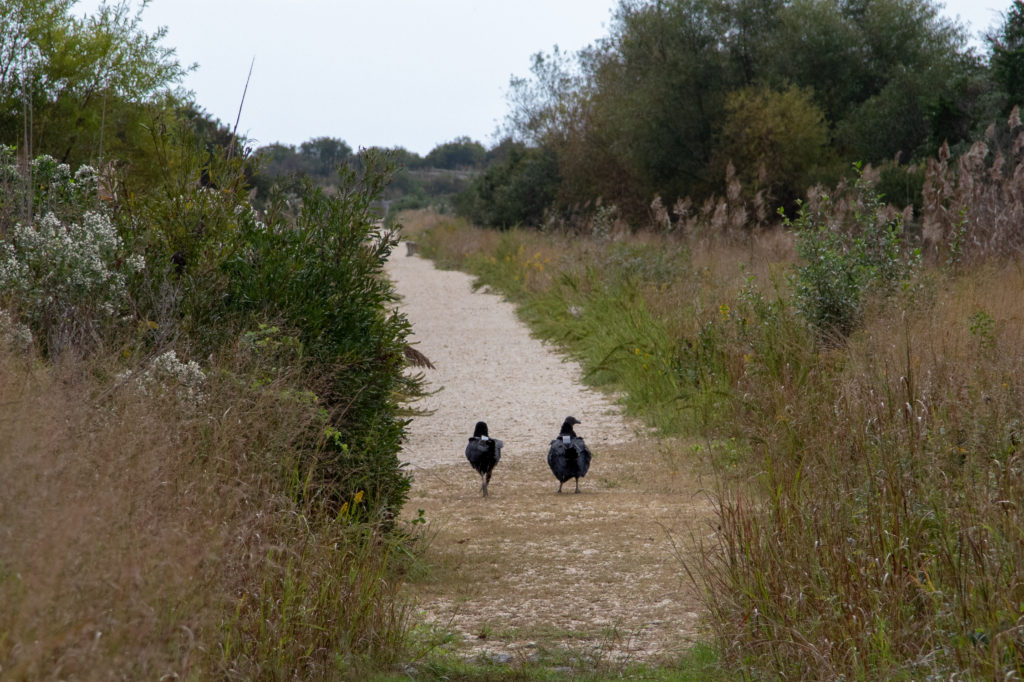 so two transmittered vultures walk into a preserve……what? you’ve already heard this one?

Your ticket for the: Major Milestones at the Banding Station

Major Milestones at the Banding Station