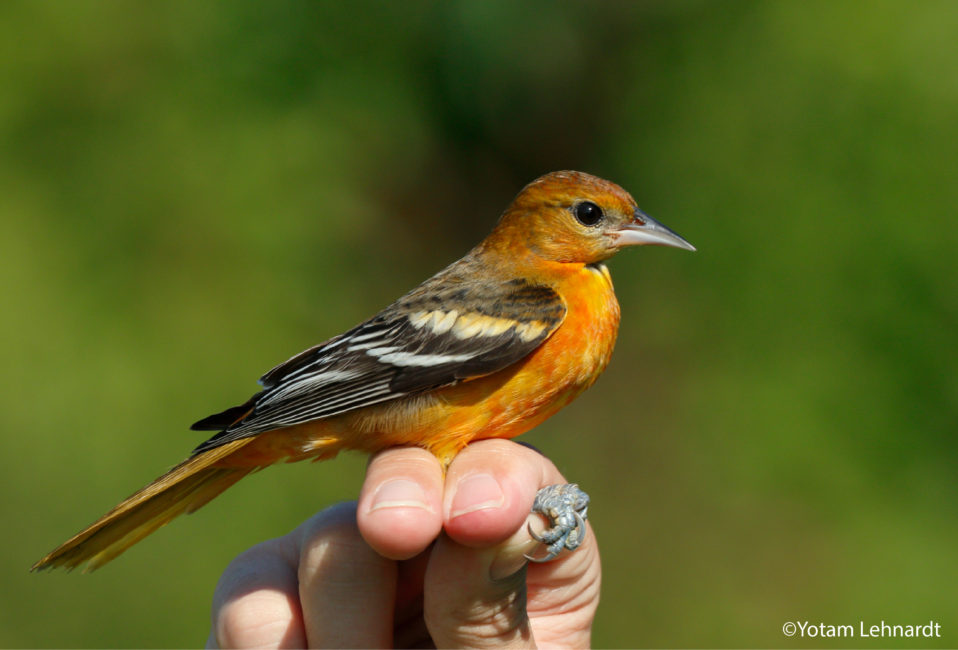 Despite relatively low capture totals in the week from August 28 to September 3, the songbird banding crew had some excitement in the form of unusual western birds on back-to-back days: A Rufous Hummingbird on the 29th, and a Bell’s Vireo on the 30th.

While Rufous Hummingbirds have become rare but regular visitors to the East Coast in recent years, it was certainly exciting to capture this hatching-year male in our mist nets. For an extra bonus, David La Puma was volunteering at the station that morning. He was able to band it with the special authorization he has to band hummingbirds under NJ Audubon/CMBO’s station permit. This was actually one of two Rufous Hummingbirds found in Cape May County at the end of the week, with the other being an adult female at a private residence that David was also able to band. So be sure to keep an eye out on your hummingbird feeders throughout migration—you never know if one with a splash of orange color will show up.

After the surprise of the hummingbird on Thursday, we certainly weren’t expecting another rarity on Friday. Then toward the end of what had been an otherwise slow morning, we came across a hatching-year Bell’s Vireo in the nets, apparently only the 11th record of this species in the area. Bell’s Vireos seem to be increasing in number along the East Coast during fall migration, with a number of records at banding stations in the Carolinas in recent years. It is likely that they occur fairly regularly, but can be overlooked due to their drab plumage and somewhat secretive behavior.

For the week, we captured 203 birds of 29 species. This brings the season total to 706 captures of 38 species. This was also the first week where Ruby-throated Hummingbirds weren’t the most commonly captured species, as three species of warbler were around in greater number. So, while we may still seem to be in the doldrums of late summer, things are slowly beginning to change.

Your ticket for the: 2019 CMBO Songbird Banding Week 3: Western Rarities and Recaptures