Ask a Quail – The Fall Shuffle is Not a Dance 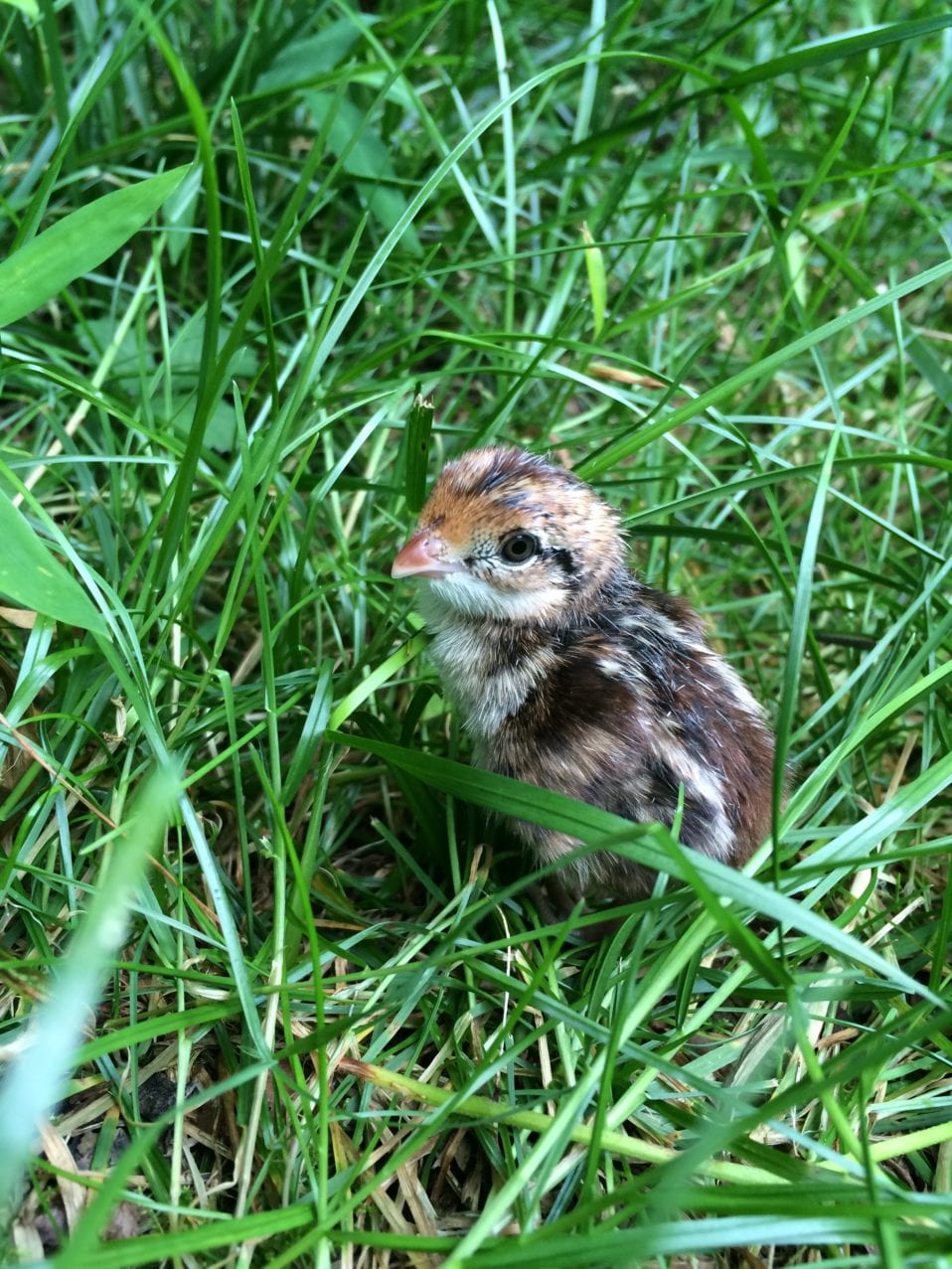 Bobwhite Quail chicks weigh only about 1/6 ounce when they hatch – about the size of a bumblebee! Photo by Gylla MacGregor

The 2018 breeding season for the translocated Northern Bobwhite at the Pine Island Cranberry study site was productive. Of the total eight nests monitored this season, 104 eggs were produced and five nests were successful in hatching 56 chicks! The other three nests were predated, two by snakes, one by a mammal.

As of late October 2018, 25 adults along with 30 to 40 juveniles were being tracked at the site. This is the largest number of tracked quail heading into a fall season that has been documented during the Northern Bobwhite Restoration Initiative! With adult brood-rearing ending in the fall, it’s time for the “Fall Shuffle.” The Fall Shuffle consists of birds from various broods leaving their family groups and intermingling in larger groups, ultimately mixing and reorganizing into coveys that seek areas of heavier cover in preparation for the upcoming winter months. An average covey of Bobwhite tend to be 11 birds. Photo by Clay Sutton

With the fall shuffle in play, staff from NJ Audubon, NJ Division of Fish and Wildlife and the University of Delaware conduct covey counts in late October to estimate population density. While we do know the number of 2018 adults at the site, given their radio signal transmitting collars, it is still important to perform covey counts to detect young birds that are not collared and also adults from prior years who’s collars are no longer transmitting a signal. Understanding Bobwhite abundance in fall is critical because breeding season measurements only provide a projected estimate of fall density. Fall covey counts provide a more direct estimate. With the winter season being the most difficult time for quail to survive due to freezing temperatures, minimal food resources and predation, the more birds on the landscape heading into winter is important. Large coveys offer both thermo-regulation and increased predator awareness for the quail, helping to ensure Northern Bobwhite persist into the next breeding season.

Your ticket for the: Ask a Quail – The Fall Shuffle is Not a Dance

Ask a Quail – The Fall Shuffle is Not a Dance