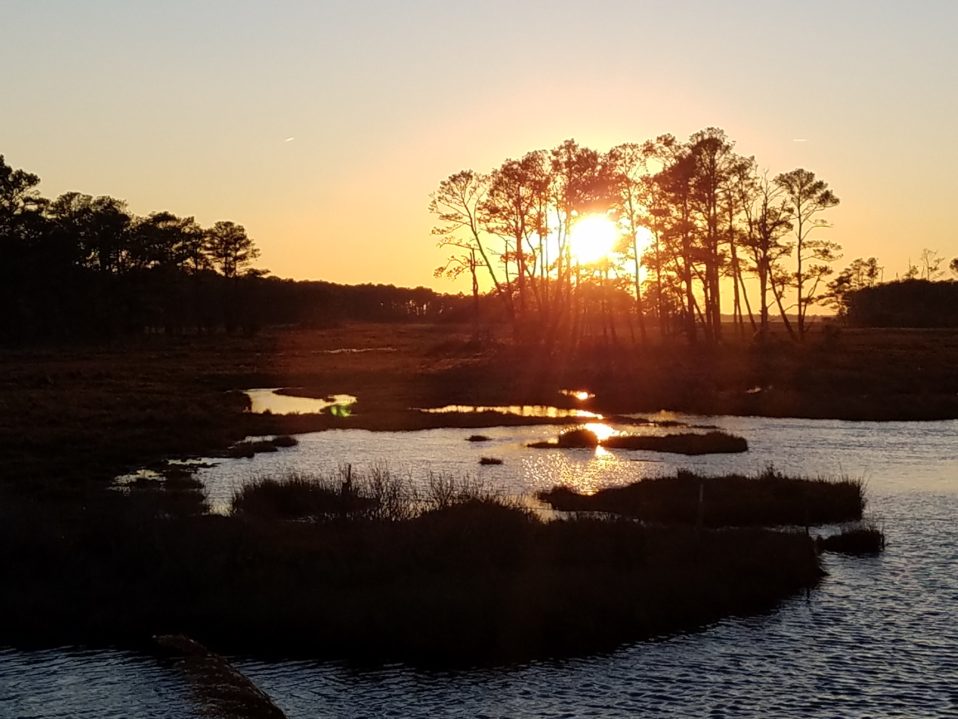 Our annual late fall foray to the bird-rich Delmarva Peninsula began at Bombay Hook National Wildlife Refuge. Bombay Hook is one of the best places on the East Coast for large numbers and diversity of shorebirds. A flock of some 300 piebald American Avocets and a trio of cinnamon-colored Marbled Godwits were feeding among a variety of ducks, Bald Eagles, and sandpipers. Another highlight was a flock of nine Hudsonian Godwits—this sought-after species does a tremendous “jump” from stopover sites like Delaware flying non-stop to the northeast coast of South America.

The varied habitats of Chincoteague National Wildlife Refuge hosted interesting birds including a drake Eurasian Wigeon, close-up views of a pair of Horned Grebes with their bright red eyes, several immature Little Blue and Tricolored Herons, and a mixed-species flock that included Yellow-bellied Sapsucker, Red-breasted and Brown-headed Nuthatches. We also had good looks at the famous wild ponies of Chincoteague and a few Inshore Bottlenose Dolphins. Sunday’s trek to the southern tip of Delmarva was highlighted by two Evening Grosbeaks—including an excellent look at a perched female. While we were enjoying the grosbeak, a Sandhill Crane was spotted flying overhead. A nearby Bald Eagle quickly turned and chased the crane! The sky also had kettles of vultures, accipiters, and buteos. A flock of immature White Ibis was feeding nearby at ramp road pond and a pair of Black-crowned Night-Herons were roosting in some cedar trees. Careful scrutiny of the many Tree Swallows passing overhead revealed a Cave Swallow—a rare but annual fall visitor from the southwest. Bidding the quaint town of Chincoteague farewell, we headed north to Assateague Island National Seashore in Maryland. Our first scan of the ocean revealed that a major flight of seabirds was underway. Skeins of scoters and other ducks were winging their way south. Squadrons of Northern Gannets gleamed white in the distance. Loose flocks of Red-throated Loons stretched from just above the surf to high in the sky.  A half dozen Lesser Black-backed Gulls loafed on the beach, and a flock of Pine Siskins briefly dropped into the dune thicket before us. This flock of American Avocets (with a lone Marbled Godwit) was spooked by a Bald Eagle at Bombay Hook NWR. Photo by associate naturalist Linda Mack.

After lunch we checked the West Ocean City Pond, where a large group of Tundra Swans were vocalizing. Among the diverse group of ducks were beautiful Ring-necked Ducks and a drake Canvasback. A stakeout Common Gallinule was a bonus. Nearby Ocean City Inlet gave us another taste of seawatching including Ruddy Turnstones, Brown Pelicans, and a Common Eider flying in a scoter flock. Packing up our tripods and scopes, we began the ride back to Plainsboro.

For more trips like this visit the Eco-Travel webpage

Your ticket for the: Fall Delmarva Van Tour Recap