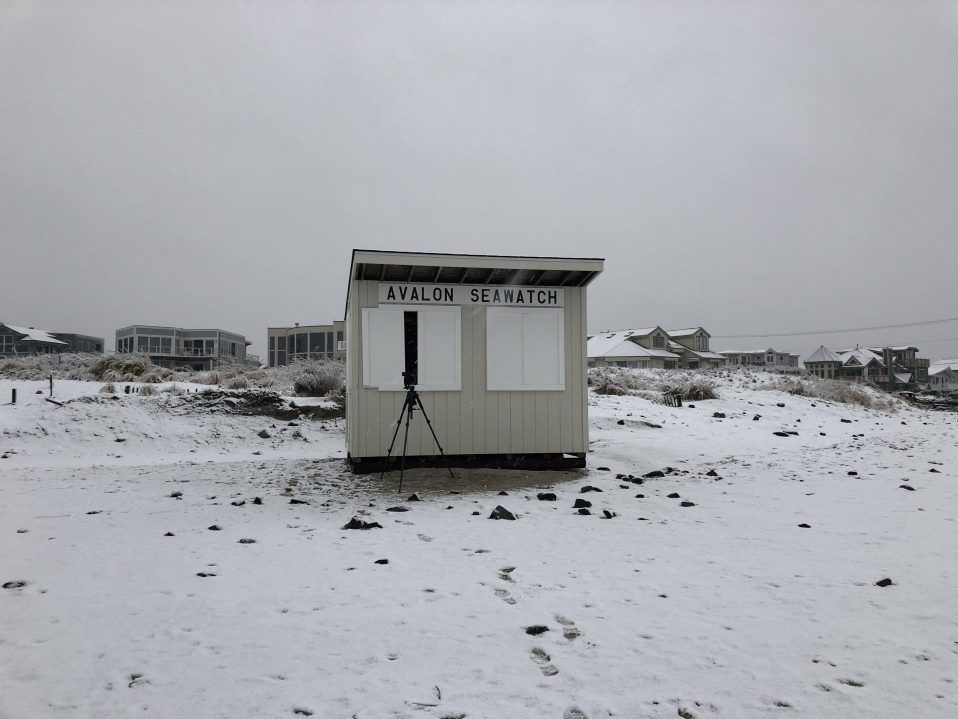 A snowy morning on December 11th. And that’s a wrap on another good season!  I’ll briefly go over the last few weeks of the season and then present you with some totals!  Make sure to check out Trektellen for more detailed totals!

The final three weeks of the season were slow at times, but brought some nice rarities and a late-season scoter flight.  We never had a long, deep-freeze to push more ducks south, so we lacked more Long-tailed Duck and Bufflehead this month.  However, we did have an unusual late-season scoter flight, which peaked with 10,055 on the 8th.  There was also a nice late-season flight of Laughing Gulls with 154 on the 2nd.  Other notable birds include 11 Great Cormorants, 13 White-winged Scoters on 12/21, two late Brown Pelicans northbound on 12/15 and southbound the next day, two Common Mergansers, a late Osprey on the 3rd, four Redhead on the 2nd, and two Canvasback on the 22nd.

For more details about the season, be sure to check out the next issue of the Peregrine Observer!

Thanks again to everyone who visited this year and to CMBO and NJA for another great season! The Seawatch board on the last day!

Your ticket for the: Avalon Seawatch – Season Wrap-up