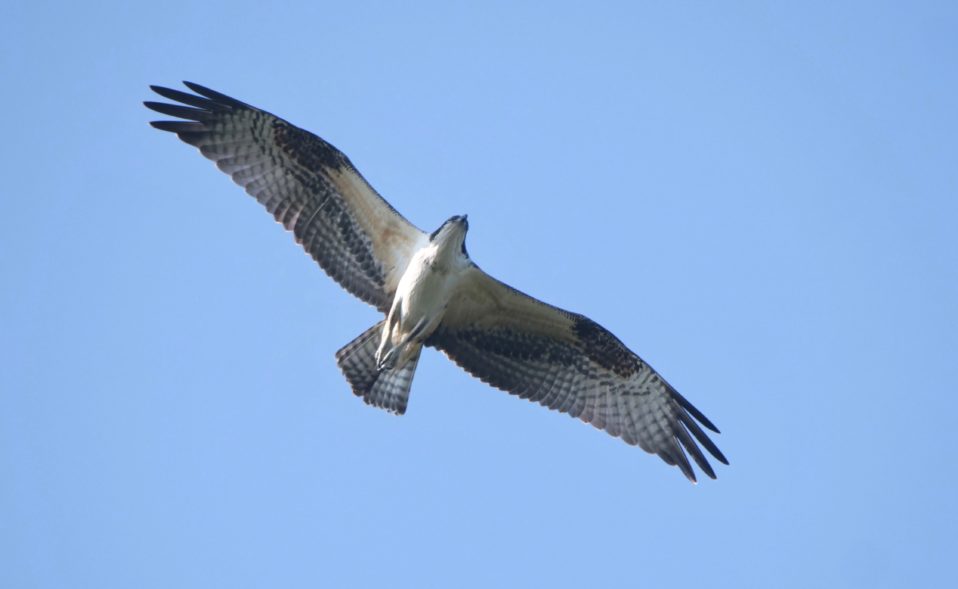 This past week has continued to bring great numbers of birds past the hawkwatch, putting our season total over 8,000 birds so far! Several cold fronts have brought many Sharp-shinned Hawks our way and this is shaping up to be the best season for that species in several years, with over 1,700 tallied already. Osprey also show no signs of stopping in the near future and have hit a neat 3,000 since the start of the season.

Bald Eagles are a frequent favorite of visitors to the Hawkwatch and have been moving through in large numbers lately. A new all-time daily high count was set last week with 62 individuals! The season total currently stands around 230; will this be the year we finally break 1,000? Stay tuned! 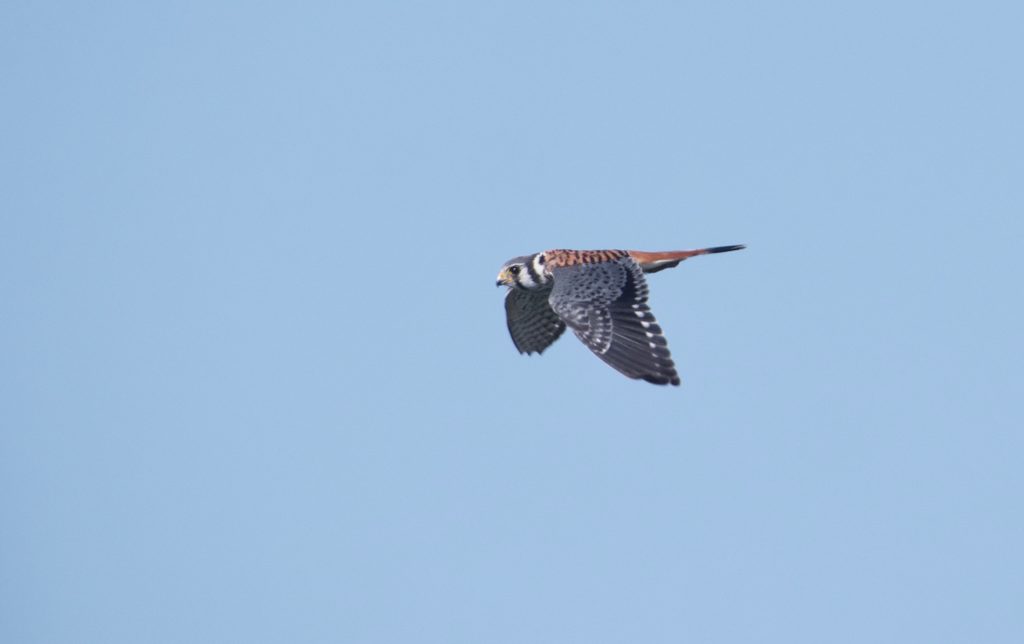 Falcons have really started to pick up in the past week, with many American Kestrels moving through the dunes – often pursued by an incorrigible Merlin. Over 2,400 Kestrels and 500 Merlins have been counted already, and hopefully many more will arrive on the approaching cold front. Peregrine Falcons have been picking up as well and are now a daily occurrence, though their peak is still several weeks away.

This past week at the Hawkwatch also brought some rare visitors in the form of a Swainson’s Hawk and a Mississippi Kite, two vagrants from opposite sides of the country that both passed through on Tuesday’s northwest winds. Another rarity and the non-raptor highlight of the week was a Grey Kingbird which made a brief appearance last Thursday morning. 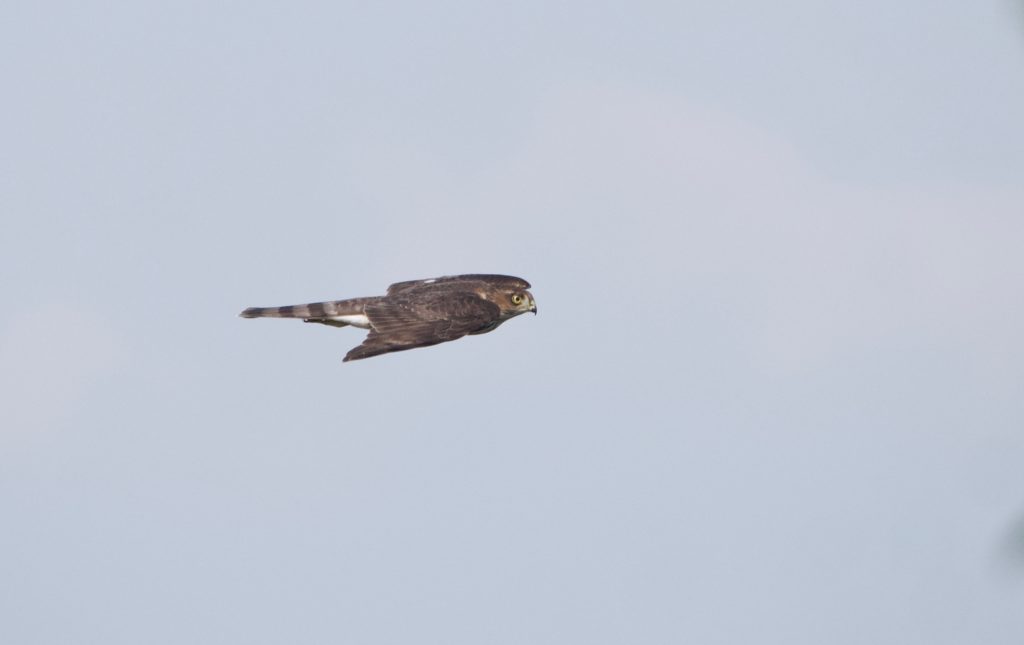 The wind forecast for the near future is looking very promising. A major cold front hitting this weekend should bring many birds, hopefully including many more Kestrels and Sharp-shinned Hawks. Another front should be sweeping in towards the middle of next week as well. As always, keep an eye out for those northwest winds! Hope to see you on the platform!

Thanks again to Swarovski Optik for sponsoring the Cape May Hawkwatch!

Your ticket for the: CAPE MAY HAWKWATCH: Mid-September Update