Unfortunately, migration was mostly at a standstill this week at the Cape May Hawkwatch sponsored by Swarovski Optik. Up until this week, migration was more or less nonstop minus a few bad days here and there. This week saw only 1 solid day of migration. The other 6 days consisted of dense fog, rain, and southerly winds. The single noteworthy day occurred on October 17th, when a backlog of raptors was eagerly awaiting the NW winds that followed the previous day’s steady rains. As I have mentioned in my previous blog posts, Cape May is very unique in that Broad-winged Hawks are seen well into October, and that was no different on October 17th. A total of 32 Broad-winged Hawks kettled overhead as they continued their journey to Central and South America. Those 32 hawks brought our season total to over 1,000 which is more than doubles last year’s season total and we still have over a month left in the season! 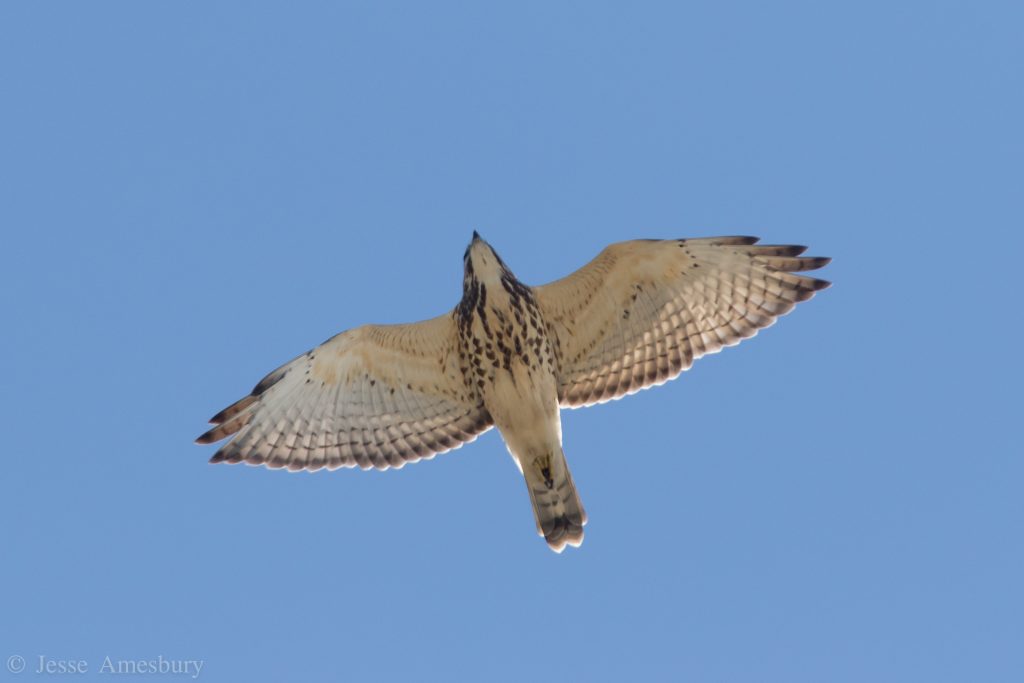 Broad-winged Hawks are often seen in massive numbers along inland ridges as they migrate south, but many juveniles, like this bird pictured, often end up along the coast and eventually make their way into Cape May.

Sharp-shinned Hawks are still the most numerous raptor species observed at the hawkwatch and they led the charge on the 17th as well, as 380 individuals winged past us allowing for fabulous looks. However, as we move into the last week of October, and especially in November, look for the Sharp-shinned Hawk numbers to decrease and Red-shouldered and Red-tailed Hawks numbers to be on the increase. November usually brings the larger birds south into our region, including the coveted Golden Eagle. So, any day with strong NW winds is fair game for a Golden Eagle or two to pay us a visit at the hawkwatch. 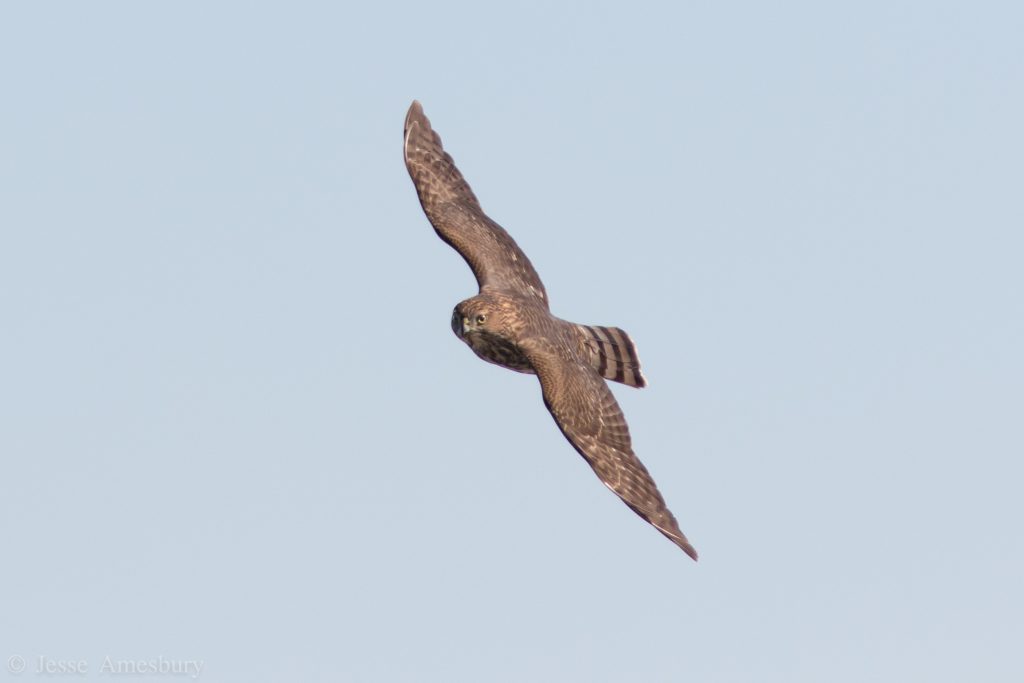 Sharp-shined Hawk giving it’s best Merlin impression as it tucked its wings, making them appear pointed, and stooped at near Merlin speed, into the bushes after a meal.

Despite the very slow days the other 6 days of the week, there were some highlights mixed in. One of those being the second Short-eared owl of the season on October 18th.  This particular bird was only seen briefly before it was mobbed by crows and forced to dive down into cover. It was later seen hunting over bunker pond that evening just before dusk. The second highlight this week was a sudden surge of Peregrine Falcons on the afternoon of October 19th. We are past the peak of their migration, so a total of 30 that day was a pleasant surprise. 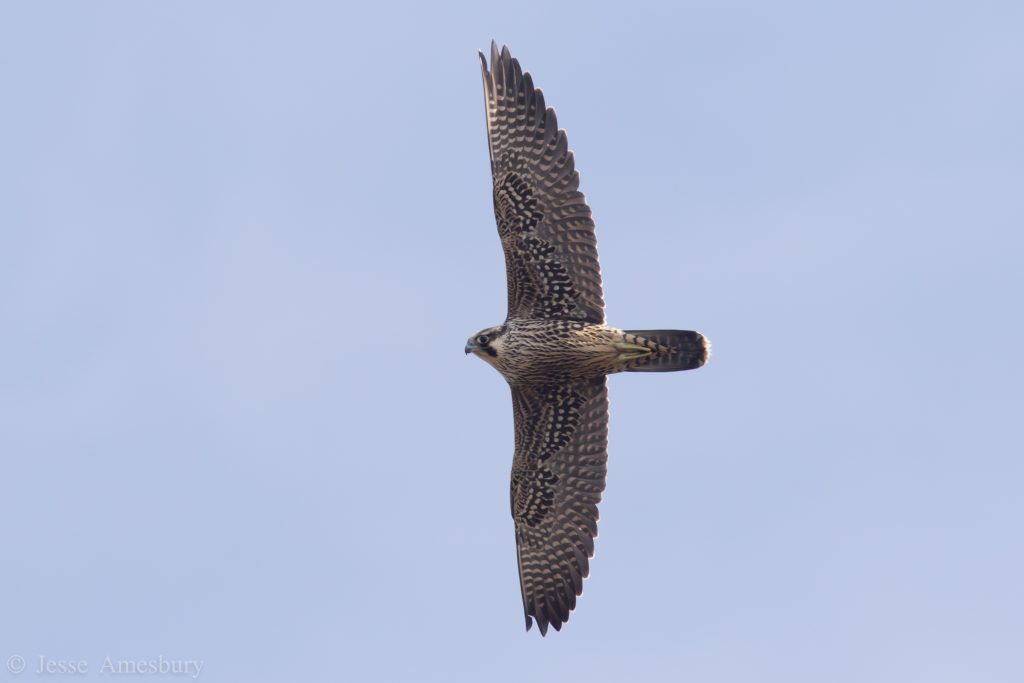 This juvenile Peregrine Falcon is of the tundra race of this species, meaning they nest in the Arctic tundra at the top of the globe. We know this because of the blonde coloration on the top of the head, heavier set wings/body, and a buffy colored bellied with thick dark streaks.

Your ticket for the: CAPE MAY HAWKWATCH UPDATE – October 16th to 22nd