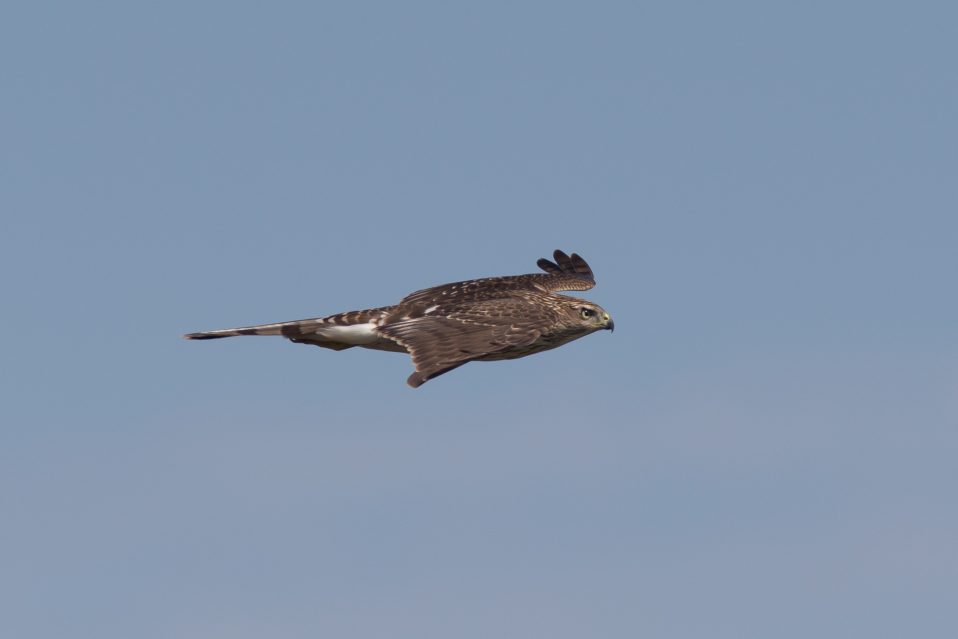 Hard to believe the first month of the Cape May Hawkwatch, sponsored by Swarovski Optik, is officially behind us. Despite a slow start to the last week of the month, September went out with a bang. We began the week in a weather pattern that felt more like August than late September. The dew points were in the 70s, the temperatures were nearing 80°F and the winds were southerly. That is not a good recipe for raptor migration. However, that all changed on Septmeber 30th when a cool front cleared the region early in the morning and brought cool westerly winds behind it. The raptors were not far behind either! A new season high of Ospreys, 511, were tallied. Merlins also set a new season high with 134 high-tailing it across the skies. American Kestrels also put on a show with 619 observed, marking the second highest total of the season. But, that wasn’t even the best part. Around 1pm, an immature Mississippi Kite was spotted floating over the treeline to the west of the hawkwatch platform. Only the 3rd sighting in the past 12 years and the first since 2017! A major surprise and highlight for everyone lucky enough to lay eyes on this southern visitor. When all was said and done, 1,540 raptors were counted on September 30th. The final count of raptors for the month of September was 9,783 which eclipsed last year’s September total by a whopping 1,915 raptors. Hopefully, October brings even more birds!

Looking ahead to next month, we will enter prime time for Peregrine Falcon migration. They have a short window when their numbers peak, and that is the first 10 days of October. If you look at the single day records for Peregrine Falcon in Cape May, they all occur during this small window. Every year, all hawkwatchers anxiously await this time of the year. So, if you are on the fence about visiting the Cape May hawkwatch, this is the time to do it! 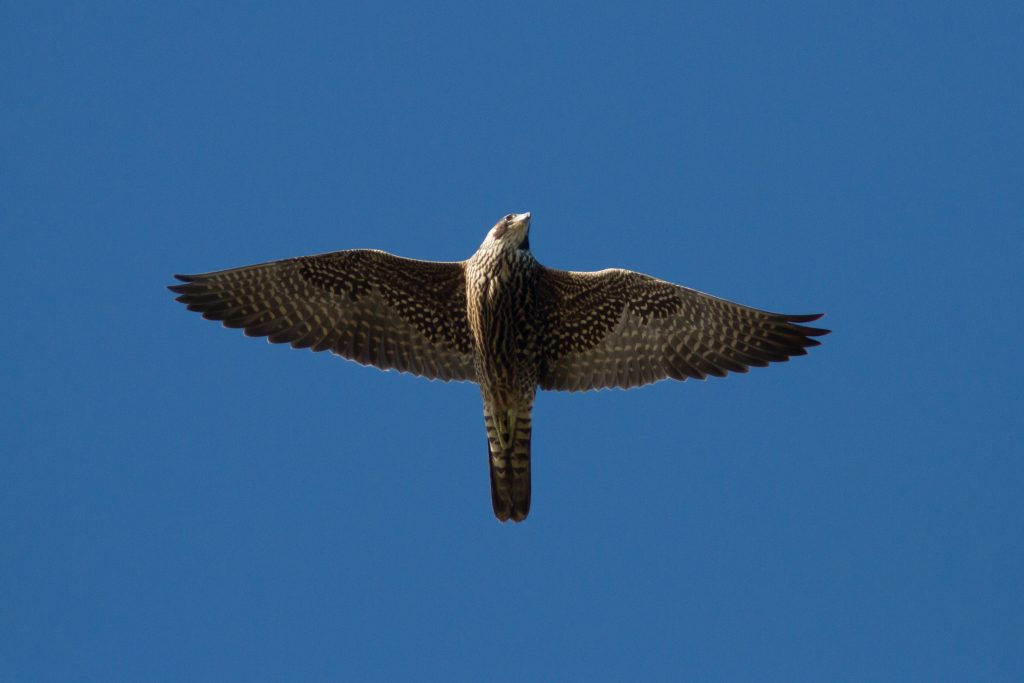 Cape May is arguably the best place to witness Peregrine Falcon migration on the East Coast. Some days can produce triple digit Peregrine Falcon totals. Will we reach that milestone this season? I sure hope so!

This week also produced a handful of non-raptor highlights including a Wilson’s Phalarope and multiple Red-headed Woodpeckers. Your ticket for the: CAPE MAY HAWKWATCH UPDATE – September 25th – 30th