With late-November upon us and the 2020 morning flight count in the books, I’ve been meaning to post about the last few weeks of the season.  An incredible early season was equally matched by an unprecedented flight of northern finches throughout October and November. Species moving south in force this fall included Pine Siskins, Purple Finches, Red Crossbills, Evening Grosbeaks, and Redpolls.

Pine Siskins came south in record numbers this fall. With previous season totals in the low 1,000s, this fall was on another level with a season total of over 43,000. The Pine Siskin flight peaked on October 25th when we counted over 11,000 in the course of a morning. Siskins travel in massive shape-shifting clouds that swirl and chatter with excitement. There are often several hundred birds in a flock; it’s quite a spectacle to see them on the move in big numbers. 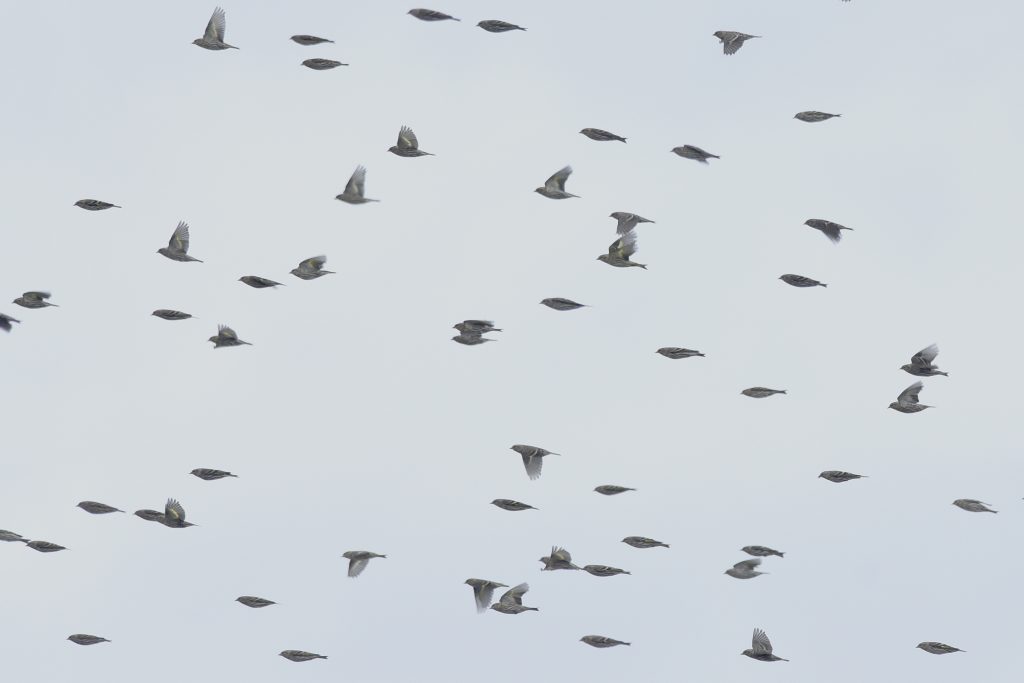 Impressive numbers of Purple Finches moved south this fall. With the first few arriving in late August, their numbers peaked on October 25th and 26th with over 500 birds on both days. Purple Finches don’t form massive tight flocks like Siskins and tend to be loaners but often roam the skies in packs of a couple dozen birds. Over 3,600 flew past the dike this fall.

Rarer northern visitors are also coming south this winter such as Red Crossbills. These chunky finches usually travel in flocks that tear by headed south in search of preferred pinecones. The first flew by the dike in early November and numbers continue to build through the month. A few Common Redpolls are making their way south this fall. Three were counted at the dike this season, all of which were on November 8th. More Redpolls will have continued to trickle south through Cape May over the last few weeks. 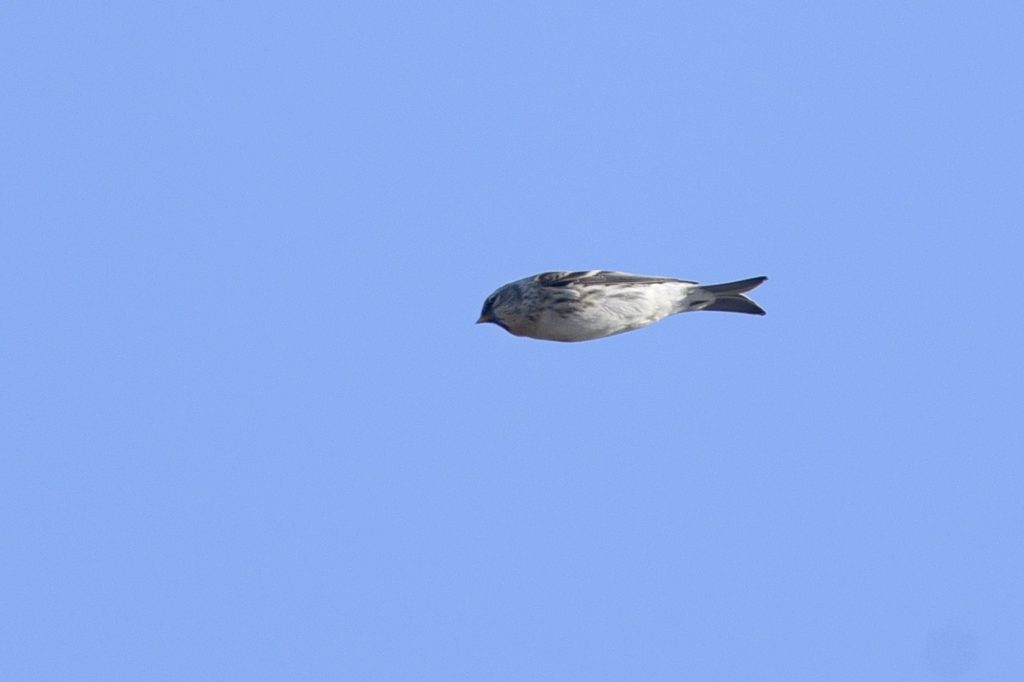 A real highlight this season was the remarkable flight of Evening Grosbeaks. A hefty finch with flashing colors and a habit of visiting feeders makes them a crowd favorite. On October 25th, the first flock flew by the dike announcing their arrival in Cape May. Since then, Evening Grosbeaks have been a near daily occurrence at the dike. The 2020 seasons total of 177 shatters previous season totals from the last few decades. 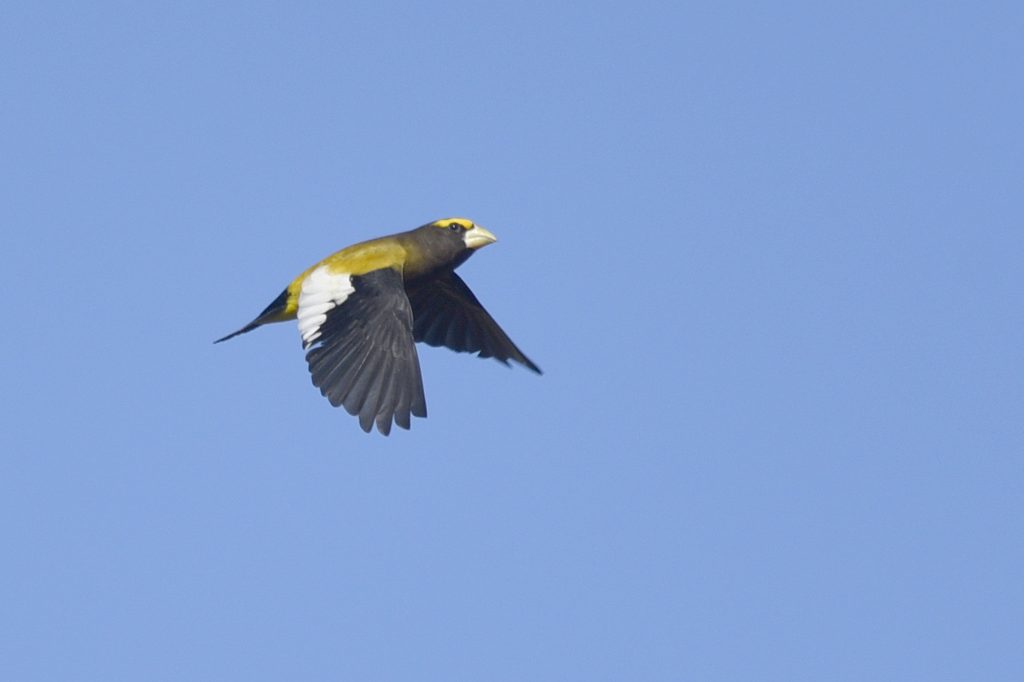 Consistent cold fronts, strong diverse flights, and an incredible finch flight made it a fall to remember. I feel fortunate to have experienced a season of this caliber from a place as exciting as Cape May and the Higbee Dike.

A big thanks to the staff at Cape May Bird Observatory and to supporters of CMBO for making this season successful under less than ideal circumstances.

Your ticket for the: MORNING FLIGHT UPDATE – Winter Finch Invasion