Having just learned about the passing of my long time friend and birding companion, Pete Bacinski. I feel compelled to express my thoughts regarding the passing of this natural history legend.  I first met “The Great Bacinski,” in May, 1977.  Cape May Bird Observatory’s founding director, Bill Clark and I were to join with Pete to co-lead the first Spring Birding Weekend.   Gaining his room on the second floor of the Atlas Motor Lodge in Cape May, we knocked, and shortly thereafter were face to face with Pete, whose imposing figure pretty nearly filled the frame.  As I was to come to learn through the years, size was the only thing that was imposing about the affable, even-tempered Pete Bacinski. 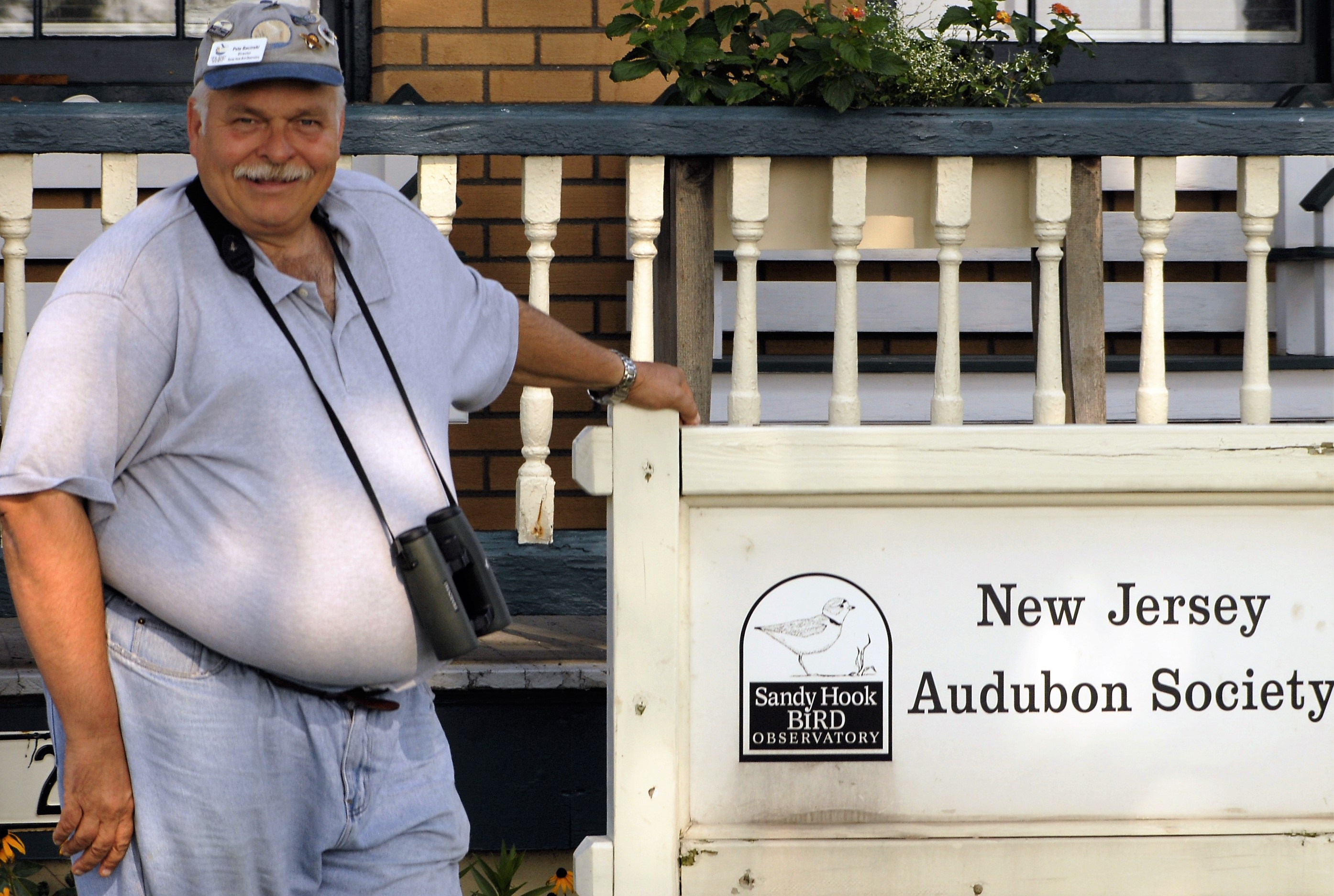 Ever ready to lend his considerable talents to whatever programs or field trips were on the agenda, he often regarded our joint educational efforts as the “Pete and ‘rePete’ show, never troubling to distinguish who held which title, a distinction that was, as we both knew irrelevant.  I’m guessing that he and I co-led over a hundred workshops and field trips together and whenever the roster was being filled for our Autumn and Spring Weekend programming Pete always garnered a lion’s share of slots.

From flowers to butterflies to ferns, Pete had a program to match.  And, characteristic of Pete, he charged nothing for his services, being dedicated to his craft, the task of bringing New Jersey Audubon members into closer accord with our state’s environment.  It was a zeal he carried with him after accepting the post as director of New Jersey Audubon’s Sandy Hook Bird Observatory.    But my favorite memory of Pete is linked to the first World Series of Birding, when Pete, Bill Boyle, Roger Tory Peterson and some upstart young journeyman birder named David Sibley took on all comers in a 24-hour search for birds, all in New Jersey.  Roger at 78 was the events senior participant, and it was Pete who noted that 24 hours into the event Roger was flagging, and Pete who took birding’s Grand Master by the elbow and led him back to our car after a successful rendezvous with Black Rail and Black-billed Cuckoo. Numbers 200 and 201 on our tally, a New Jersey Big Day record, and one accrued in no small part because of Pete’s legendary ears. Pete could name any Eastern Warbler or any rock and role song cut before 1964 in three notes or less.  The Great Bacinski will be greatly missed even as his legacy lives on.

Your ticket for the: Remembering the Great Bacinski – by Pete Dunne