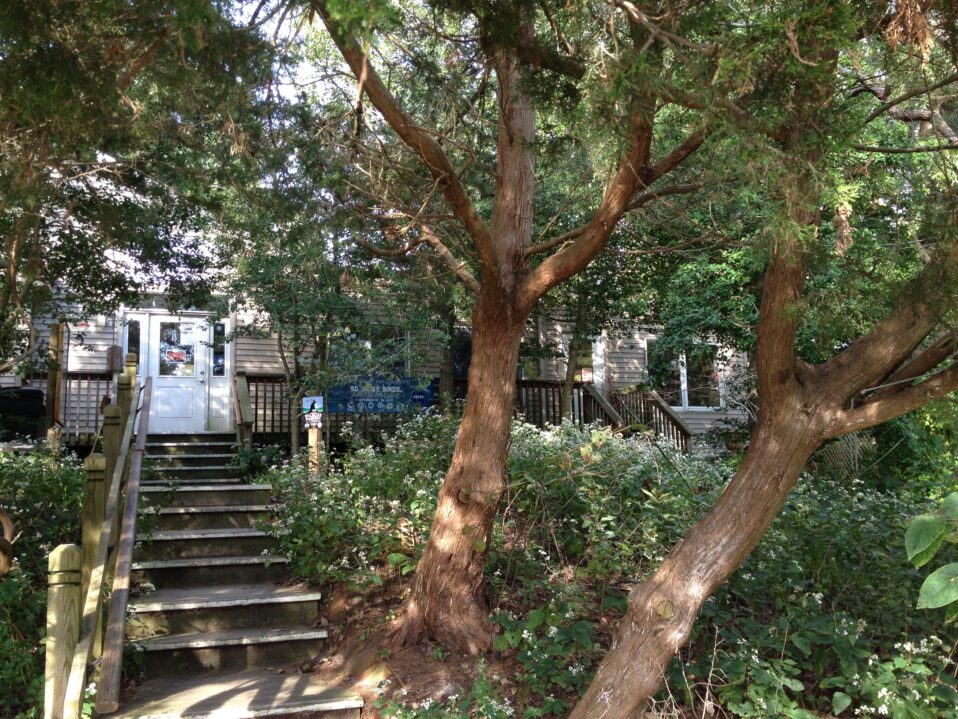 All of us have the ability to make our outdoor spaces more suitable for wildlife in many different ways. Hanging bird feeders, providing fresh water, decreasing our use of pesticides or herbicides, and choosing to plant native plants are all ways we can provide a healthier environment for a wide range of plants and animals. Before the creation of the Ryan DeWitt Memorial Trail, the CMBO Northwood Center property was overrun by invasive shrubs and vines, providing very little in the way of useful habitat. Four years ago, the restoration process of the Northwood Center began and with the help of the DeWitt family and many volunteers our beautiful trail has become a haven for wildlife. In an ongoing effort to better understand the positive impact the restoration project has had on the property, we held our Second Annual Northwood Center Bioblitz! This year’s bioblitz took place on September 12th, 2019, one month earlier than our first bioblitz in 2018. The timing of this year’s event gave us the opportunity to get a snapshot of the species that use the property throughout the fall, as well as providing a comparison between the two years. Similar to last year, we had a dedicated group of volunteers come out during the 24-hour time period to search the property high and low for new finds. We were lucky enough to have mostly sunny skies and no rain, creating the perfect conditions for romping around the Ryan DeWitt Memorial Trail. The big day began with attempting to identify the numerous moths that were attracted to the mercury light we set up the previous night. Beginning before sunrise with cameras and the iNaturalist app in hand, our dedicated volunteers recorded all of the species resting on the sheet. Our final total came in at 48 with a few highlights including Hawaiian Beet Webworm, Darker Diacme, and Coffee-loving Pyrausta. Last year’s bioblitz moth total of 95 species still stands as the most impressive lepidoptera diversity ever seen at the Northwood Center! 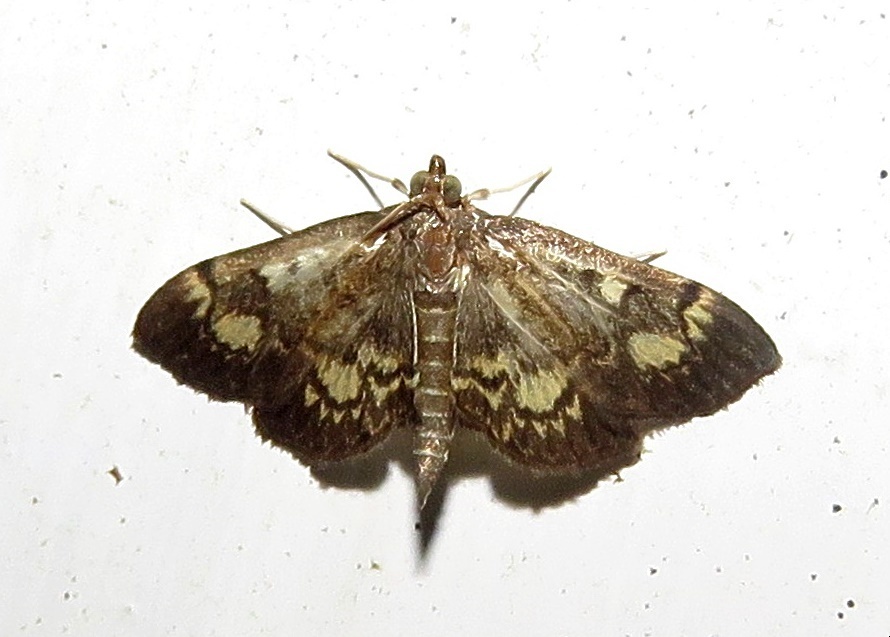 After sunrise, myself and our volunteers began cataloguing as many of the trees, shrubs, and flowers that serve as the strong base to our backyard ecosystem. We recorded 80 species of plants, ranging from native Eastern Red Cedar, Cardinal Flower, and Seaside Goldenrod to non-native English Ivy, Multiflora Rose, and Porcelainberry. A majority of the plants recorded are natives and we are continually combating the non-natives that persist on the property. Along with the numerous plants we came across 12 species of fungus and lichen, including Crowded Parchment and Oyster Mushroom. 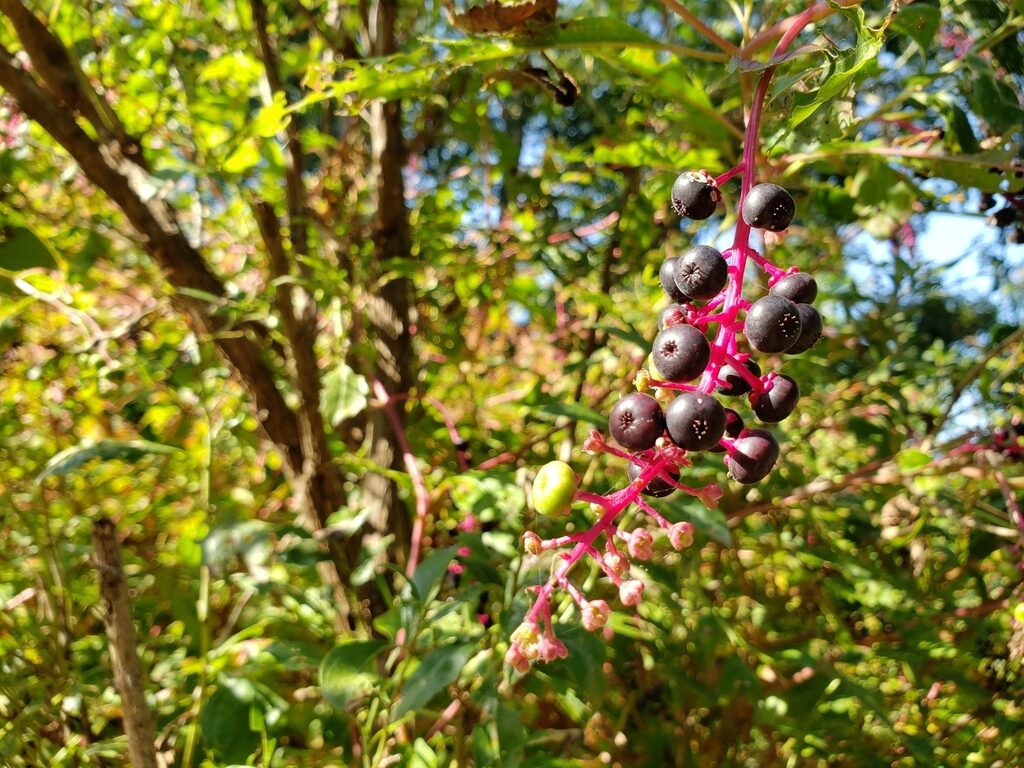 As the search continued and the temperature rose, more invertebrates were added to our list of observations. Bees and wasps buzzed from flower to flower, beetles and crickets scurried from underneath logs, and dragonflies landed to soak up some sun. After chasing down as many insects as we could, our total additional invertebrate species count stands at 87. We even managed to add a few new species that were not present during last year’s bioblitz, like the Dusky-winged Hover Fly, Big-headed Ground Beetle, and Spined Orbweaver! 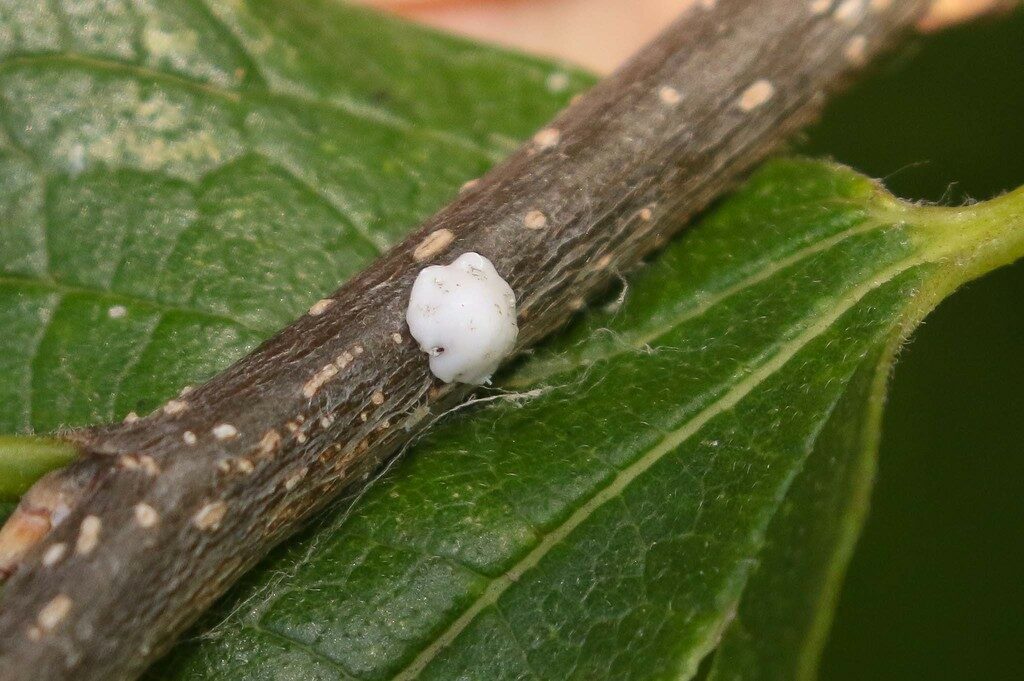 The earlier September provided a much different list of birds observed in comparison to last year’s October count. We had roughly the same number of individuals in each taxonomic group represented, however, the different species in each group reflected the difference between early and late fall migrants through Cape May. Sixty-one bird species were recorded actively using the property or flying over the Northwood Center, illustrating the importance of stopover habitat for these migrating birds. Some of the highlights from our bird list include Chestnut-sided Warbler, Yellow-breasted Chat, Veery, and Northern Harrier. A new element that was added to this year’s bioblitz was the mounting of an Echo Meter Bat Detector to record the different bat species that were using the airspace above the Northwood Center to hunt insects. The night of the 12th was a windy one, but we did manage to get positive matches for 3 bat species to add to our list, Big Brown, Eastern Red, and Silver-haired Bat.

By the end of the day, we observed 294 different species on the CMBO Northwood Center property over the 24-hour period! Hopefully next year’s bioblitz will help us to continue tracking the properties importance as a healthy, productive habitat for a wide variety of species, both big and small. Thank you to the volunteers who helped with this year’s search: Vince Elia, Barb Bassett, Michael O’Brien, Louise Zemaitis, Kathy Horn, Roger Horn, Brett Ewald, Erik Bruhnke, Tom Reed, Taleen Demirdjian, Megan Massa, Jessica Schera, and Bernie Carr.

Until our next bioblitz, be sure to stop by the Northwood Center to explore our grounds and let us know what you find!

Your ticket for the: SECOND ANNUAL NORTHWOOD CENTER BIOBLITZ