The calendar is progressing into the latter half of September, the nights and mornings are cooler, and the warbler diversity in Cape May is approaching its peak. At the banding station this week we caught 14 species of warbler, including several season firsts, such as Bay-breasted Warbler, Black-throated Blue Warbler, and, of course, Cape May Warbler.

Perhaps the most exciting bird of the week was a young Green Heron caught in the first round of net-checks on Saturday, just in time for one of the CMBO Fall Migration Workshops to get a close-up view of it. This is the first Green Heron captured at the banding station in its two years of operation. 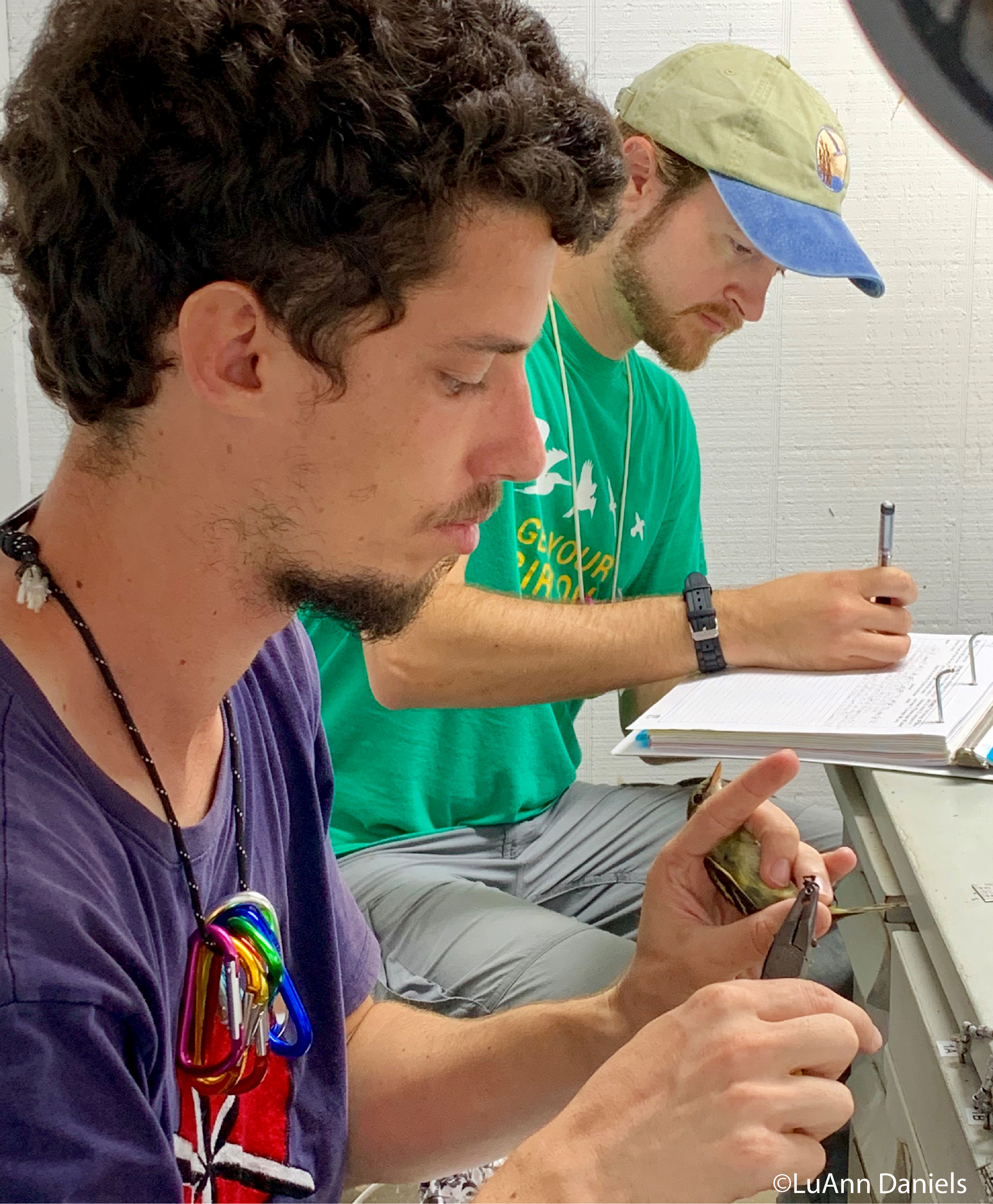 The number of Gray Catbirds also took a noticeable jump this week. During the season’s first four weeks, we caught what seemed to be mostly local catbirds; either recently fledged juveniles or adults that were molting heavily. It is likely that many catbirds move into maritime forest habitat after breeding, as the dense cover and numerous fruiting plants make it an ideal location to hide and forage during the reduced period of mobility when they are molting. Most of the catbirds we caught this week were young birds that had completed molt and loaded up on fat, suggesting that we are finally getting into the main part of migration for this species.

During the past week we were unable to open nets on one day because of high winds, but during the six days of the station was open, we captured 293 birds of 34 species. Along with recaptures, this brings the season total to 1,545 total captures of 48 species.

Your ticket for the: CMBO Songbird Banding Week 5: Warbler Season