What does ‘Old-Growth’ Really Mean? It depends. (Installment 2 of 6) 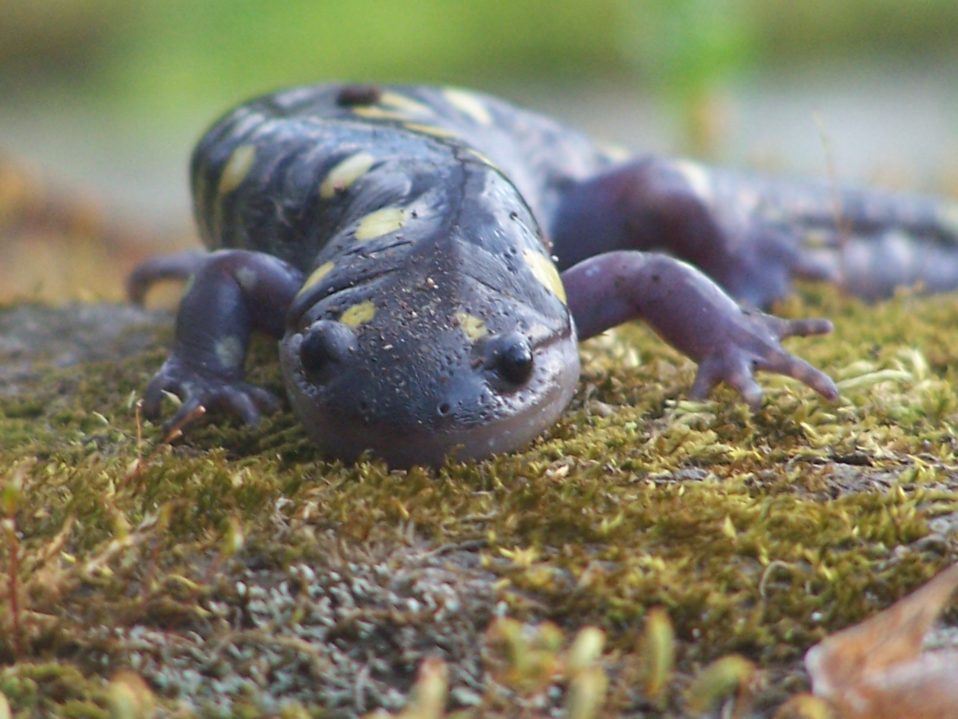 In 1993, Mary Byrd Davis, a researcher and conservationist, aimed to identify old growth forest sites across the eastern United States in her book, Old Growth in the East (revised in 2003). In New Jersey, she described 6 sites of less than 40 acres and 7 sites greater 40 acres as possible old growth. However, the persistence and future of those areas may be questionable since the book’s revision in 2003 because of the continually increasing threats posed by climate change, invasive species, white-tailed deer herbivory, fire suppression, insects, and disease, which are detailed in the recent NJ Forest Action Plan 2020. These challenges make it difficult for NJ’s forests to naturally sustain themselves as they would have at some earlier point in history without thoughtful planning and management. This reality calls into question the idea that old growth forests can be simply created by ‘letting nature take its course’ using hands-off approach. If we assume that direction, we also must be aware that nature may give us a future forest containing very different attributes than those we place value on today. So, how do we best set the stage for this future? Concept art of Hansel & Gretel in the Black Forest where the fairy tale story published in 1812 by the Brothers Grimm was set . Art by Masooma Memon. Now climate change is leaving its mark on the iconic German Black Forest. Due to rising temperatures and longer dry periods, two plant species have gone extinct over the last 40 years. The populations of many others have decreased by one third. According to a new study, more species could become extinct in the next couple of decades. (Sperle, T., Bruelheide, H. 2020) Additionally, more German forest died in 2020 than any other year due to a lack of tree species diversity which has lead to these forests falling victim to bark beetle plagues thriving in the dryer and hotter weather induced by global heating. (Second National German Forest Summit – Waldsterben 2.0 -Forest Dieback, 2021)

When people picture old growth, they might assume that the redwood forests of the Pacific northwest are the model by which all forests should be evaluated, and that given enough time, any forest that is left undisturbed will eventually grow into an ethereal forest like those depicted in fairytales like Hansel and Gretel, or Snow White and the Seven Dwarfs. Based on what we know of the remining old growth forests on the west coast, it’s easy to find comfort in the idea that large trees can seemingly grow forever, and it is this mental picture that drives a pursuit for old growth development in the east. However, forests are dynamic at all spatial and temporal scales and our eastern forests can never function biologically like their west coast counterparts because they evolved in a different climate and geography and under disturbance regimes that had been influenced by native Americans for thousands of years. Additionally, almost all eastern forests are second growth systems that have returned after being converted to agriculture, mined, or logged during European settlement (Lapin 2005). How these relatively new forests have collectively grown back has an influence on how they will develop into the future, which is different than a 1,000-year-old redwood forest. Prior to European settlement, New Jersey’s forests were typically more diverse in age and species composition then they are today. While forests have rebounded from massive clearings in the mid-1800s, they are now predominantly even-aged; meaning that the majority of trees grew back at around the same time. In fact, approximately 75% of our New Jersey forests are between the ages of 40 and 90 years old (NJ Forest Action Plan 2020). According to the US Forest Service Forest Inventory and Analysis Program data (2019) there are statistically no forest acres in NJ that exceeded the 121-160 age class category. Even though some older trees exist in places, fewer than 1% percent (0.779%) of NJ’s forests are of an age that is considered biologically old (i.e., ~150 years old). Even where older stands do exist, these areas rarely possess characteristics indicative of an old-growth forest because of past and current human influences. Also, having all of our forests in a similar stage of development makes them increasingly susceptible to certain stresses that might otherwise be buffered in a true old growth forest containing multi-aged groups of trees.

Over the next few weeks, we will be posting additional blogs that will look at some of these sites identified by Davis (1993, r2003). In these future posts, we will compare her comments and hypotheses about these sites to our observations of what these sites have experienced since here initial analysis and what has become of their “old-growth’ potential.

Davis, M.D., 2003, Old Growth in the East: A Survey. Revised Edition, Appalachia-Science in the Public Interest on behalf of the Eastern Old-Growth Clearinghouse, Georgetown, KY, First edition: Copyright © 1993 by the Cenozoic Society

Your ticket for the: What does ‘Old-Growth’ Really Mean? It depends. (Installment 2 of 6)

What does ‘Old-Growth’ Really Mean? It depends. (Installment 2 of 6)