What does “Old-Growth” really mean? It depends. (Installment 1 of 6) 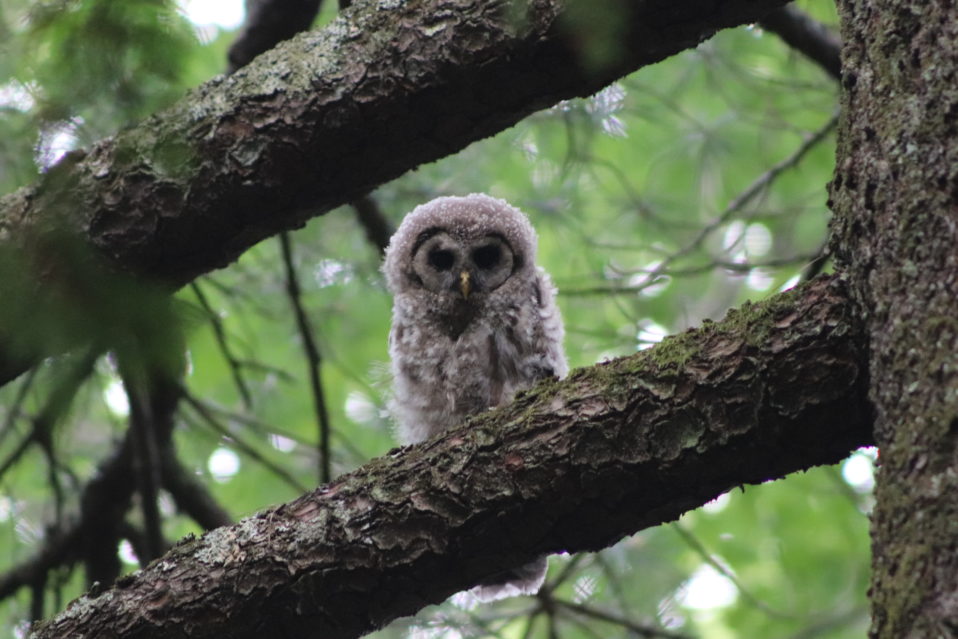 We humans depend heavily on our visual senses and emotional responses.  We frequently make decisions from our hearts, occasionally in defiance of data.  We also tend to dislike environmental and other change. This human approach to decision-making is relevant to our definition and approach to stewarding “old-growth” forests.  The notion of “old-growth” brings to mind somewhat romanticized notions of the mythical “balance of nature”.  However, this concept has large been discredited by ecologists who study the long history of forest disturbance and management by indigenous peoples as well as the dynamic and disturbance-driven nature of forest change (discussed below).   There are many valid reasons for wanting to preserve representative older forests, but it is equally important to consider that hands-off management in an era of dramatic global change may not be the most responsible approach to fostering future forests with old-growth character (Kimmins, 2003).

Within an extant forest, disturbances such as fires, wind throws, disease, or harvest, create openings in the canopy. These openings present opportunities for forest regeneration to occur, and when the openings are large enough, a “stand initiation stage” may be triggered. A forest “stand” is a contiguous area of similar site quality and a community of trees sufficiently uniform in composition, structure, age, and size to distinguish it from adjacent areas with different tree communities. Essentially, with a trained eye, stands are mappable units within forests. When a new stand becomes established, there is typically sufficient sunlight reaching the ground to also stimulate the growth of grasses, herbs, forbs and shrubs that were unable to develop in the shade of an older forest before the disturbance. 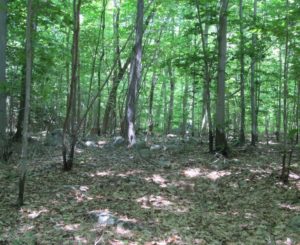 Example of stem exclusion phase of a forest. Photo by Don Donnelly

As the young trees in a new stand rapidly grow and take advantage of the available space, their crowns begin to coalesce after a short period. As competition for space and available resources intensifies, the young forest progresses toward the “stem exclusion stage”. This period can extend for many years depending on the forest type. Natural tree mortality from crowding remains high, and as trees die, those voids are quickly filled by the remaining trees. Therefore, the stem exclusion phase is characterized by high tree density and a relatively low amount of sunlight reaching the forest floor, and this dynamic allows only shade-tolerant plants capable of growing under shade to persist in the understory. The canopy remains mostly intact as the stand approaches a state of maturity containing fewer but larger trees. As large overstory trees eventually age and die, a mosaic of canopy gaps of various sizes is created that allow other vegetation and small, suppressed trees to become established. This process creates a multi-layered structure that characterizes forests entering an “old-growth phase” (Oliver and Larson 1996).

In the 1970s, research ecologists used the term “old growth” to describe forests dominated by trees greater than 150 years old and a complex structure containing large, live and dead trees along with a diverse group of plants, fungi, and animals (Spies 2003). Since then, variations on the definition of “old-growth” have been developed and applied, but no single version seems to fit all forest types. Some descriptions emphasize a lack of disturbance by humans in the post-colonization period, while others reference a minimum age. So how do you determine if a forest is old-growth? – it depends. 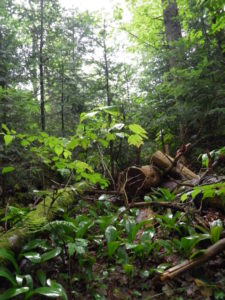 Example of a forest in Maine with Old-Growth characteristics: Diversity of tree species, sizes, ages and conditions; Canopy gaps; Surfaces of overstory canopy has high degree of irregularity or rugosity horizontal heterogeneity; Dead or decaying wood structures (logs and/or snags); Canopy is ‘bottom-loaded’ with majority of foliage found at the lower half of the forest profile; diverse vegetation with multi-layered structure throughout understory, midstory and overstory.

Perhaps the most important aspect of what qualifies a forest as “old growth” is its structural and functional complexity. Simply having a few older trees in a forest does not mean the forest functions as old growth. Instead, old growth forests contain mixed age classes of trees and decaying wood that are dispersed both vertically and horizontally through the canopy and stand. It is important to note that old growth forests aren’t static. Forests that reach the old growth stage continue to undergo gradual directional changes in composition, structure, and function albeit at a slower rate than in the previous stages   (Franklin, Johnson, Johnson 2018). In many ways it might be better to consider an old growth forest as one that is a continuous forest having some capacity to regenerate and self-perpetuate while meeting a wide range of biodiversity requirements rather than a forest consisting only of old trees. With this shift in focus, what should we consider from a management and stewardship perspective?  We will discuss this question in upcoming posts – stay tuned!

All Photos by John Parke

Your ticket for the: What does “Old-Growth” really mean? It depends. (Installment 1 of 6)

What does “Old-Growth” really mean? It depends. (Installment 1 of 6)