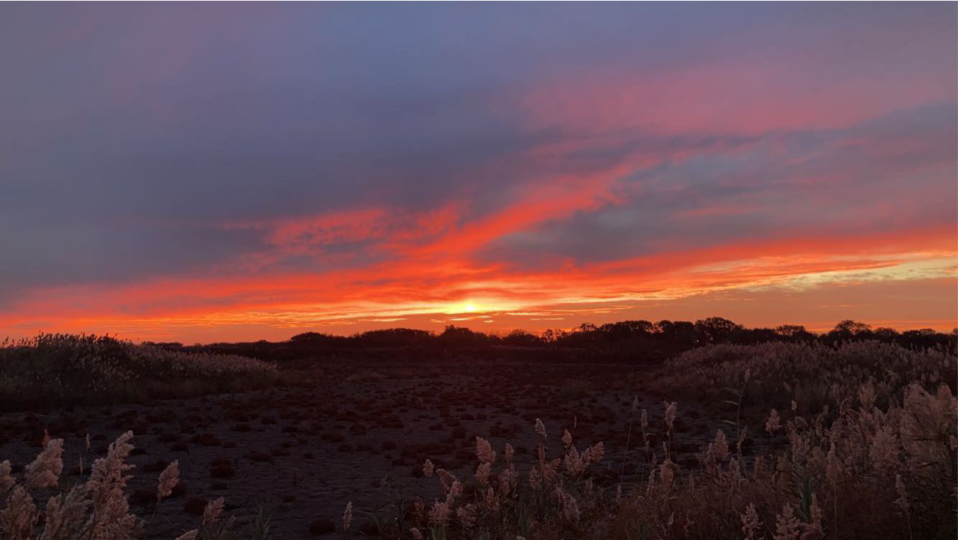 Sunrise over the back of the Dike. Photo by Jerald Reb

November 15th was the final day of the 2021 Morning Flight season, so it’s time to take a look back at the highlights of this fall! We ended the count with over 335,000 individual birds counted and over 220 total species. 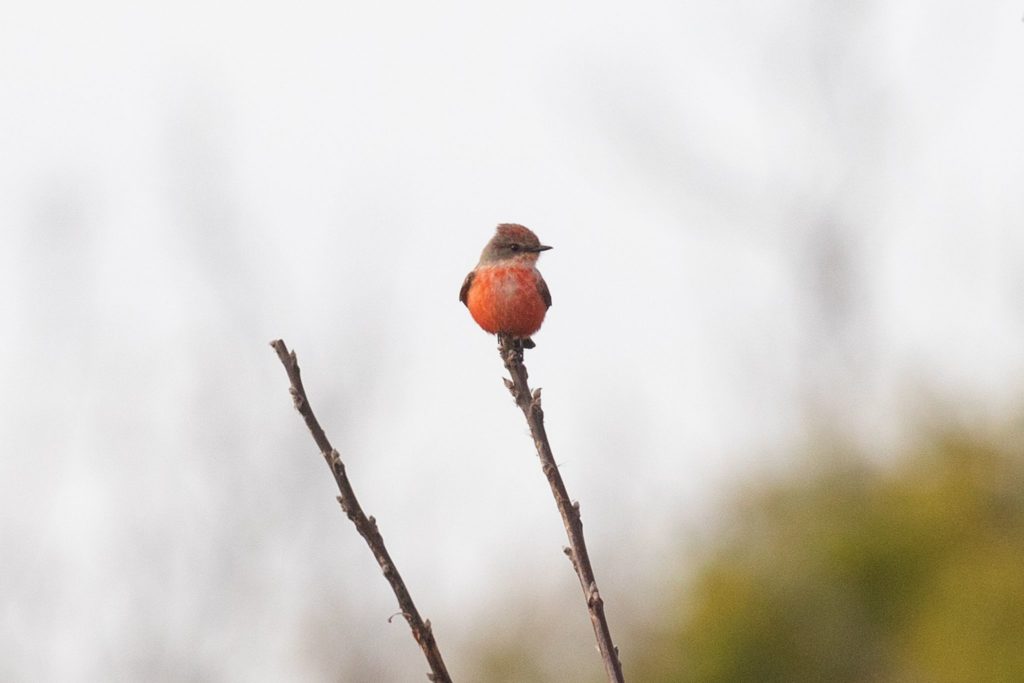 This young male Vermilion Flycatcher was a nice surprise on October 23rd! Photo by Ryan Mandelbaum

There were several notable rarities seen from the Dike this fall, the most impressive being a young male Vermilion Flycatcher on October 23rd! This vibrant western flycatcher put on a great show for about 15 minutes before continuing up the Bayshore. This bird represents the 6th state and 4th county record, and strangely enough, is the second Vermilion to be seen from the Dike in recent years! Other rare highlights of the season included a Western Kingbird in September, several sightings of Pacific Loon, and an Anhinga that put on a great showing for several days around Cape Island in late October. 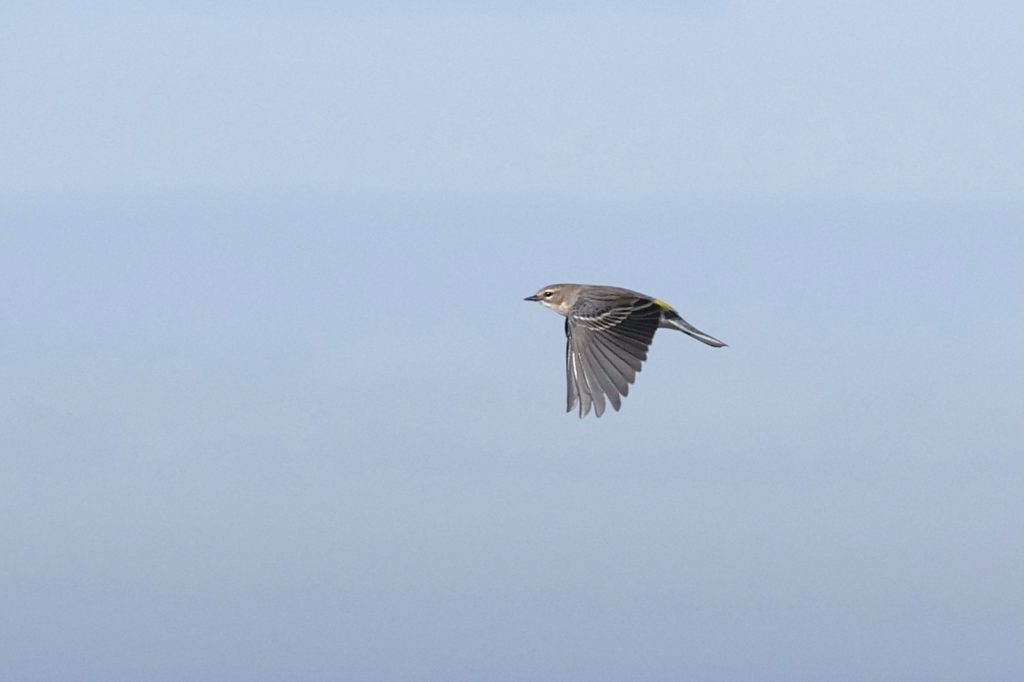 A Yellow-rumped Warbler migrating against the Delaware Bay. Photo by Gautam Apte

This fall also boasted some very impressive flights, the largest of which was a day of 37,000 Yellow-rumped Warblers, counted by Tom Reed on October 15th. Yellow-rumped Warbler was by far our most numerous species this fall, making up nearly a third of the season total. American Robin also flew by in large numbers in November with a peak count of 18,000 on November 2nd. Another notable species this fall was Dickcissel with a total of 68 northbound birds counted throughout the fall, including a peak of 16 on October 12th (a new state high count!). This is the highest season on record for Dickcissel — nearly 20 more than the previous season high of 49 (from 2011). 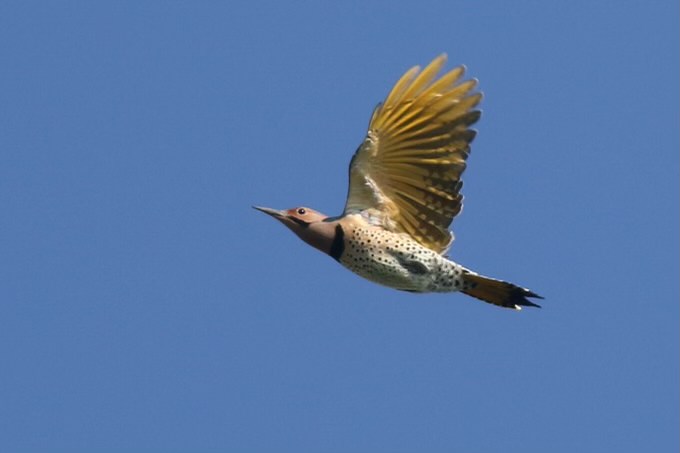 Northern Flickers passed through Cape May in strong numbers this fall! Photo by Baxter Beamer

There were several surprises this fall as well, mostly large flights of species that are traditionally on a two-year cycle. These included Northern Flicker (2,832), Red-breasted Nuthatch (28), and Purple Finch (580, mostly in the first week of November!). While these numbers are still quite low compared to a peak year, they are still much higher than is typically expected on an odd-numbered year. While I’m not entirely sure what caused these flights, it just goes to show that there are always exciting new things to be seen in Cape May!

Finally, a thank you to everyone who visited the Dike this fall. It was great to see many familiar faces returning, as well as meeting some new folks! Thank you as well to the entire seasonal crew here at CMBO, particularly the naturalists, Doug, Taleen, and Will, for all their hard work educating visitors on what we do here and getting the next generation excited about birding! Special thanks to our Count Coordinator, Tom Reed, for ensuring that the season ran smoothly, filling in on days off, and helping me count the biggest flights.

I hope to return to Cape May in the future, and I’m sure I will see many of you again when I do. Until then, good birding!

Your ticket for the: Morning Flight Season Recap