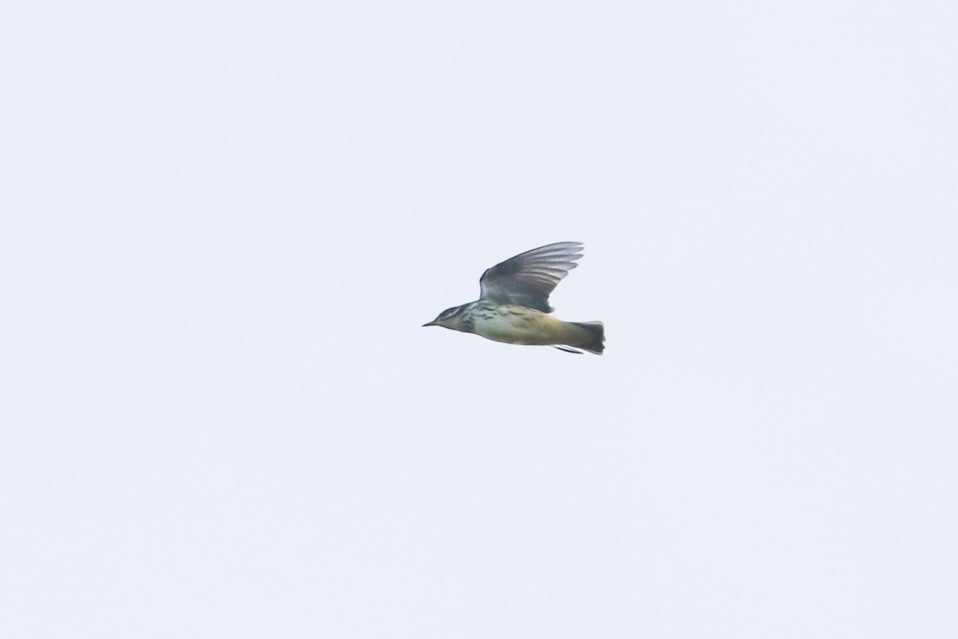 The second week of the count season was dominated by southerly winds, as well as some days of rain, making for poor flight conditions in general. Despite the less-than-ideal weather patterns, we had several days of solid movement and some fresh arrivals. Monday was our most active day of the week, with over six hundred birds counted, most of them being Red-winged Blackbirds. Saturday featured our heaviest warbler flight, including four northbound Northern Waterthrush, over thirty American Redstart, and over twenty Yellow Warblers. A Louisiana Waterthrush wings its way north past the Dike. Photo by Tom Reed

Highlights from this past week included a Willow Flycatcher, our first Baltimore Oriole of the season, several Prothonotary Warblers and Louisiana Waterthrushes, a Horned Lark, and a Lark Sparrow. Also interesting was a Mourning Dove with some pretty extensive white in the wings; unfortunately, not a White-winged Dove! In terms of non-avian highlights, an adorable family of foxes has been keeping me company on the Dike most mornings, frolicking around and occasionally napping on the mudflat. A “white-winged” Mourning Dove briefly threw me for a loop on Tuesday morning! Photo by Jerald Reb 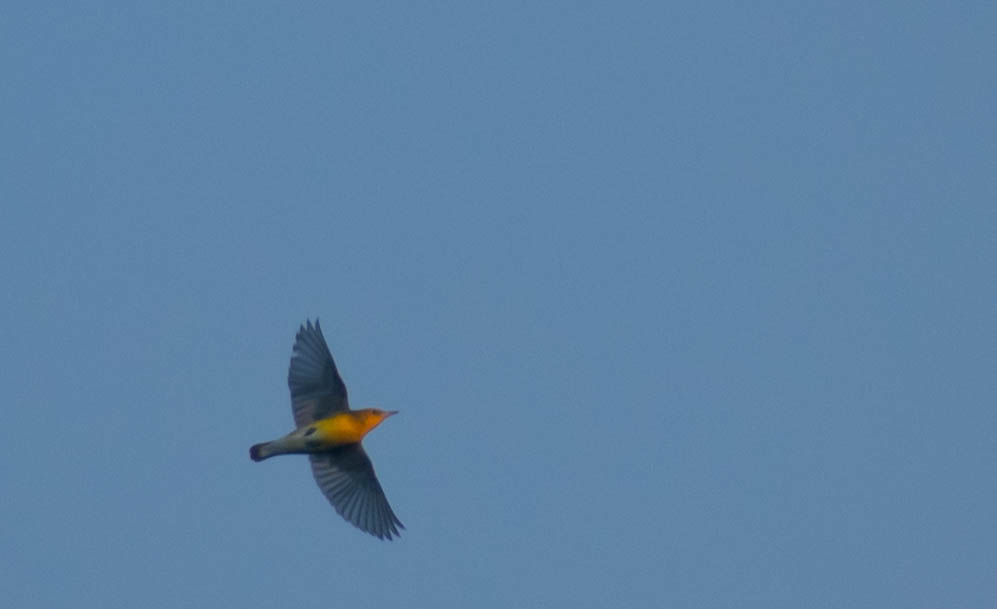 A golden Prothonotary Warbler zips past the Dike. Photo by Jerald Reb

The forecast for the coming week still has several days of southerly winds; however, we will be getting some northeasterlies in the early days. The current forecast for next weekend is also calling for some northwest; fingers crossed that holds true!

Your ticket for the: Morning Flight – Week 2