While we have passed our scoter peak, this week still brought plenty of scoter and increasing numbers of gannets and loons.

The 4th was dominated by gannets, with 4716 southbound birds, which was the 9th largest day in the last 5 years.  Green-winged Teals had their 4th best day in the last 5 years, with 1278.  Also notable were 11,000 scoters, a good diversity of dabbling ducks, four Ruddy Duck, Red-necked Grebe, and a Black-legged Kittiwake. The 5th was a bit slower, with 6000 scoters, 1026 Red-throated Loons, 12 Brown Pelicans, and 1382 cormorants. 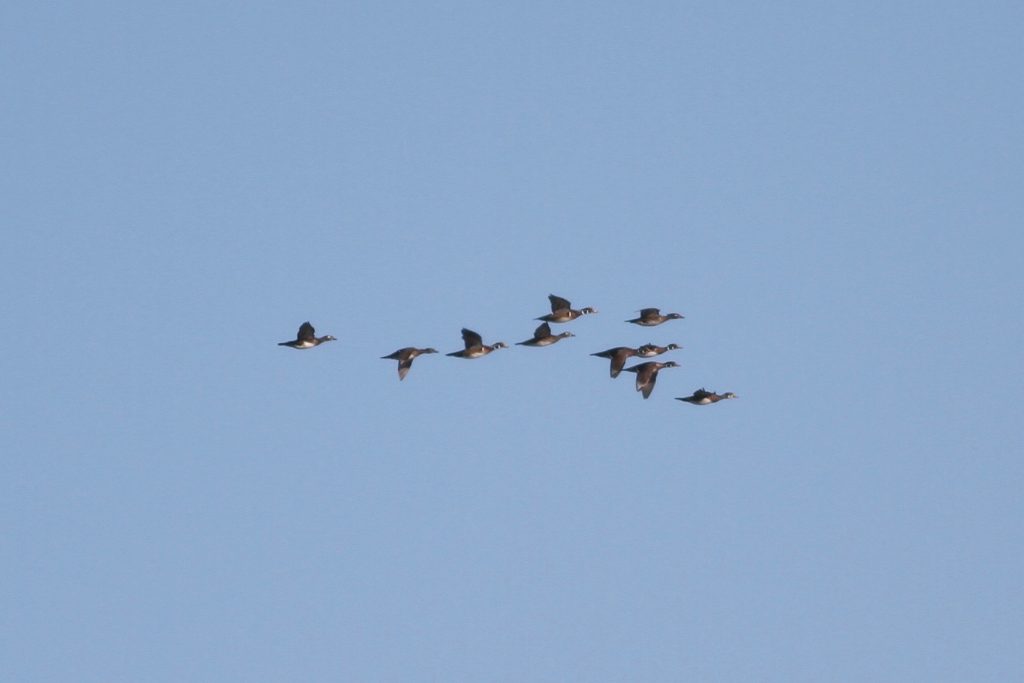 A flock of high-up Wood Ducks.

The 6th was another strong gannet day with 3100, but rather lackluster on everything else.  A decent 358 Laughing Gulls and almost 2000 Black Scoters.  162 Royal Terns was quite good, however, and the second highest day this year.  Also very unusual for the Seawatch was a Tufted Titmouse calling from the dunes and then heading west.

The 7th had good diversity but only 6500 birds, predominantly 1500 cormorants and 3000 Black Scoters. 19 Common Eider and a Harlequin Duck were nice signs of the late-season. Gulls continued to move in good numbers with 325 Laughing and 116 Ring-billed Gull. 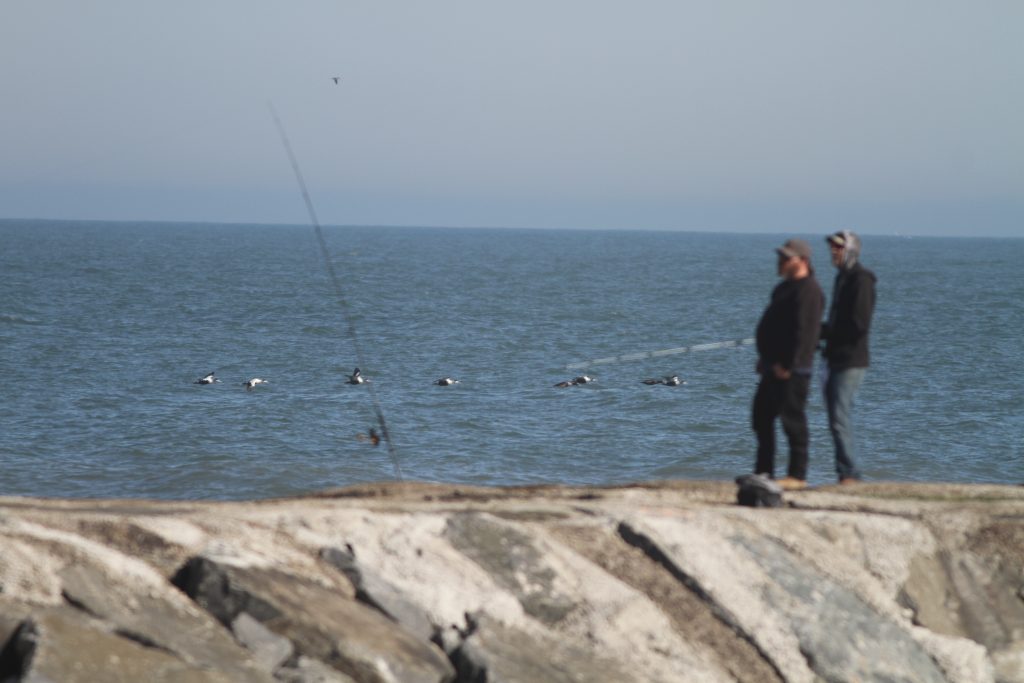 A flock of Common Eiders passes by some unsuspecting fisherman.

The 8th was notably busier with over 13,000 birds. 32 Common Eider was a very high count for a day at the Seawatch.  Scaup are beginning to increase in numbers too, with 80+ between identified and unidentified birds. Only 4200 Black Scoter were outnumbered by 1300 gannets and nearly 5000 cormorants. Laughing and Ring-billed Gulls moved in good numbers, more than double the 7th.  12 Lesser Black-backed Gulls continues the phenomenal movement of this species this year. 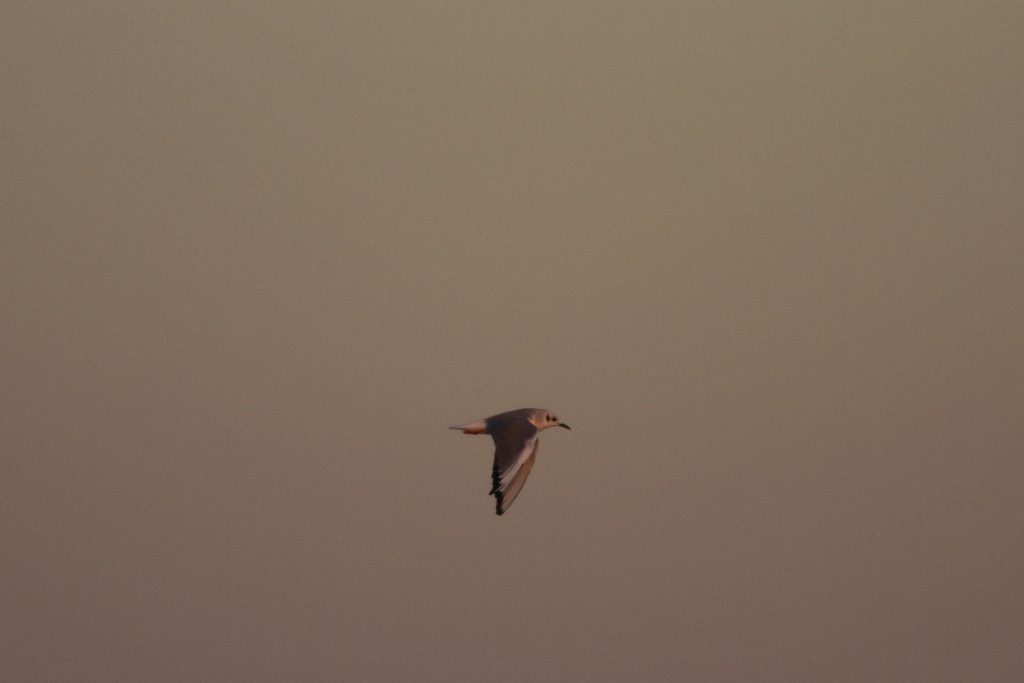 An adult Bonaparte’s Gull that flew directly over the beach at sunset.

Stay tuned as we approach peak season for Red-throated Loons and a greater number of late-season birds.

Your ticket for the: AVALON SEAWATCH UPDATE – November 4th to 10th