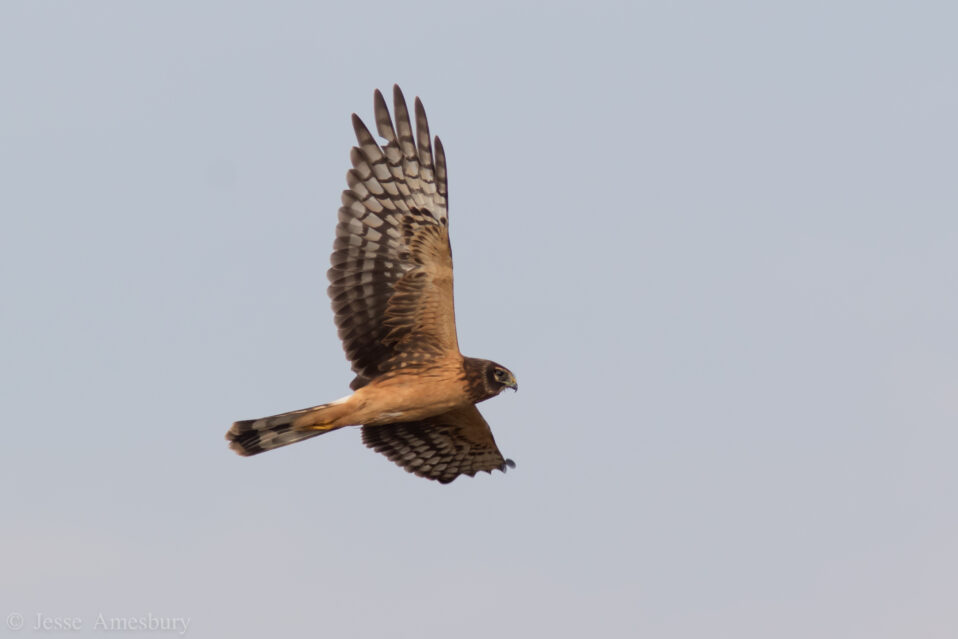 Hard to believe two-thirds of the season is in the books! Unfortunately, October ended on a slow note. We were plagued with less than ideal weather conditions; many days of mist, overcast, and southerly winds.  However, one bright spot came on October 26th when the first Golden Eagle of the season was spotted. It  was very cooperative and flew right over the platform! We were treated to a second Golden Eagle on October 28th as well. This juvenile Golden Eagle got everyone on their feet as it flew directly overhead. Still a mainstay at the hawkwatch, Sharp-shinned Hawks, like this juvenile, continue to migrate through November.

As we move into November, raptor diversity dies down a bit, but luckily we see an influx of some awesome raptor species. One of those being Red-shouldered Hawk. Their peak migration occurs later than other raptors, so November is a great time to see lots of ‘Shoulders. On November 2nd we counted 46 Red-shouldered Hawks including one kettle that contained 23 Red-shoulders. An awesome sight. Northern Harriers are also showing an uptick in November including many adult males aka Gray Ghosts. Northern Harriers are in full swing right now and that is something hawk watchers never get tired of.

On the other end of the spectrum, the early season migrants, such as Osprey and all three falcons species numbers are much lower than earlier in the season, but we continue to see all those species almost daily. As November carries on, we may lose the big numbers, however the chance of seeing some very sought after raptors species increases greatly. You never know when a Northern Goshawk or Rough-legged Hawk will make an appearance so come and scan the skies with every one! 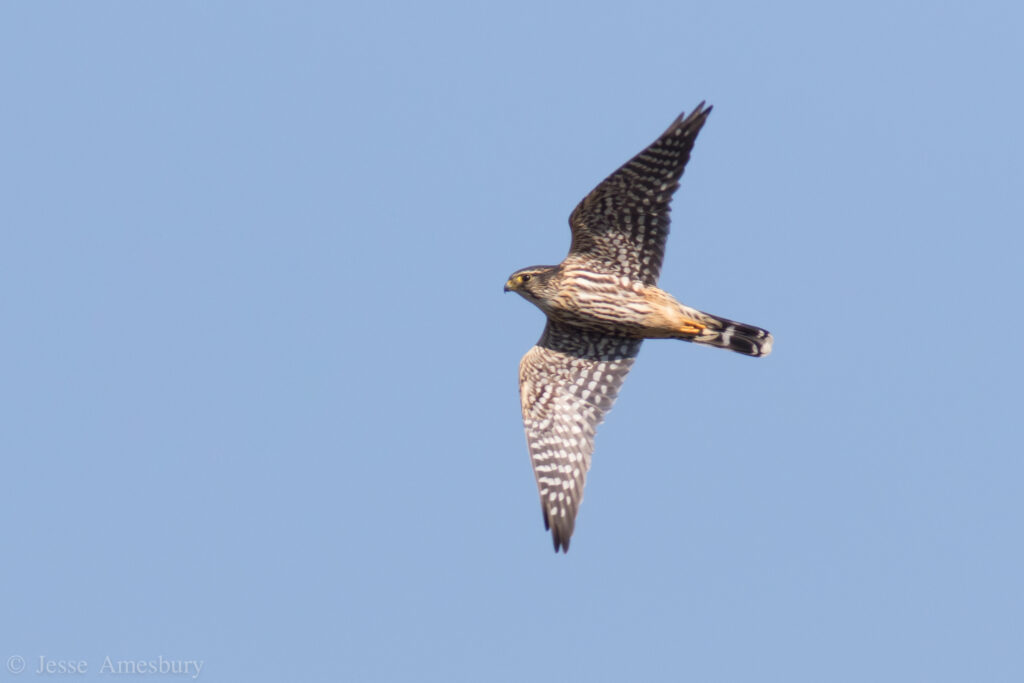 Merlins are still speeding past the platform like bullets on a daily basis.

Your ticket for the: Cape May Hawkwatch – November 7th