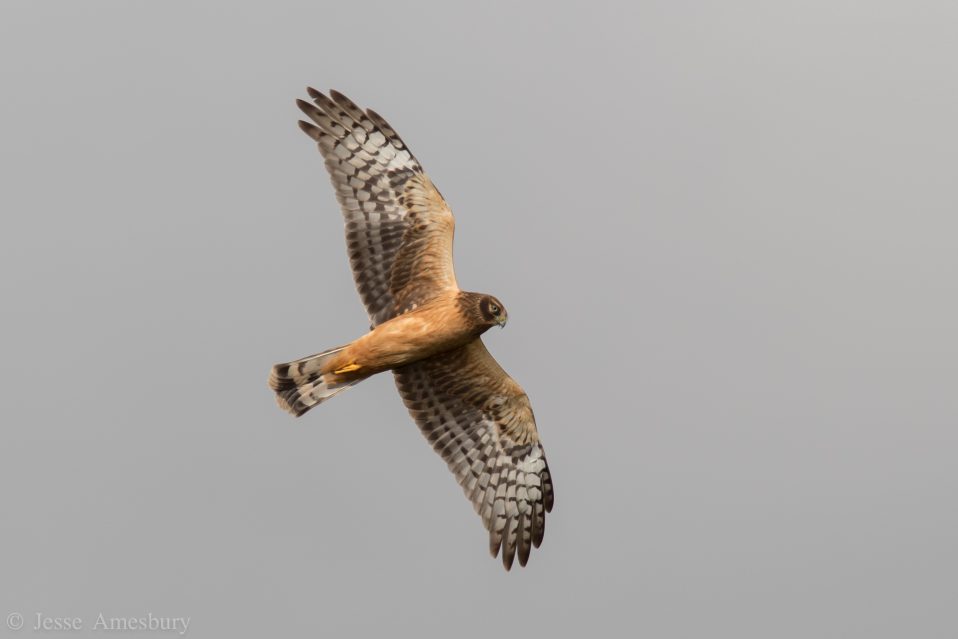 Yet another week of unsettled weather at the Cape May Hawkwatch sponsored by Swarovski Optik. It seemed like each day produced a unique suite of weather conditions ranging from rainy cold fronts with NW winds, muggy summer-like temperatures, dense fog, and the remnants of Hurricane Zeta. Cape May is such an amazing birding location, because any time there is a major change in the weather, it means you never know what birds will show up as a result.

October 25th was perhaps the most surprising flight so far this season. The previous night, a cold front with a sizeable temperature drop and NW winds cleared the region. However, this front also came with a soaking rain that approached from the south. Shortly after daybreak, many raptors took to the skies, but coincidentally the rain began falling as well. Shockingly, despite the rain, the raptors continued to migrate all day long. The majority of the tallied migrants were the powerful fliers who can cut through the raindrops without much effort such as Northern Harriers and Merlins. We counted a new season high of 62 Northern Harriers that day. American Kestrels also put on a show with a whopping 142 counted. We even saw up to 9 American Kestrels perched on the lighthouse attempting to get out of the rain! Merlins also buzzed along the dunes giving us fantastic views as we huddled up and stayed dry under the south pavilion. 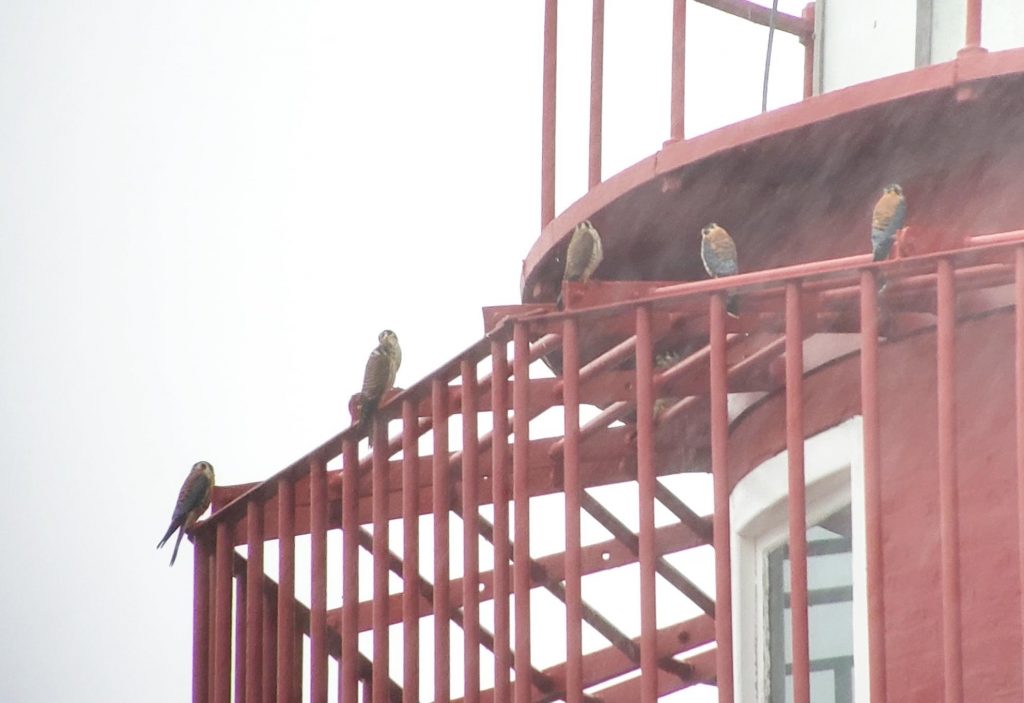 Five of the nine American Kestrels taking shelter on the leeward side of the lighthouse hoping to stay dry. (Photo by Erik Bruhnke)

October 27th was a much drier day with abundant sunshine. The winds were out of the NW and on paper it looked like it was going to be a great migration day. Fortunately, it lived up to our expectations as we notched the first Golden Eagle of the season. The same day also saw our largest total of Red-tailed Hawks of the season with 26. As we flip the calendar to November, Red-tailed Hawks along with Red-shouldered Hawks take center stage and become the most numerous migrants. We also expect to see more Golden Eagles in the final month of the count as well. Exciting times ahead at the hawkwatch! Although the Golden Eagle was too far away to snag a photo, Bald Eagles are a great consolation prize as they are seen daily and usually much closer to the platform. They often harass Ospreys with recently caught fish in hopes the Osprey will drop the fish thus gifting the Bald Eagle a free meal. Here is a photo of a Bald Eagle in hot pursuit of a fish that was just dropped from an Osprey’s talons.

One of the most exciting finds this week was the highly anticipated arrival of Evening Grosbeaks into the Cape May area. A flock of 15 graced our presence early on the morning of October 27th much to the delight of all on the platform. In addition to the Grosbeaks, the third Common Raven of the season was seen being mobbed by an American Crow on October 27th. An unexpected surprise of 9 Cattle Egrets mixed in with a flock of Great Egrets were observed on October 27th. Other goodies this week included a Wilson’s Warbler and a Lincoln’s Sparrow on October 26th. Finally, a leucistic Yellow-rumped Warbler has been seen on-and-off this week along the dune trail and briefly made an appearance in front of the platform on October 24th. Despite being pure white, this bird still retained yellow feathers on its sides and rump making the identification rather easy. An absolutely beautiful bird!

Your ticket for the: CAPE MAY HAWKWATCH UPDATE – October 23rd to 29th