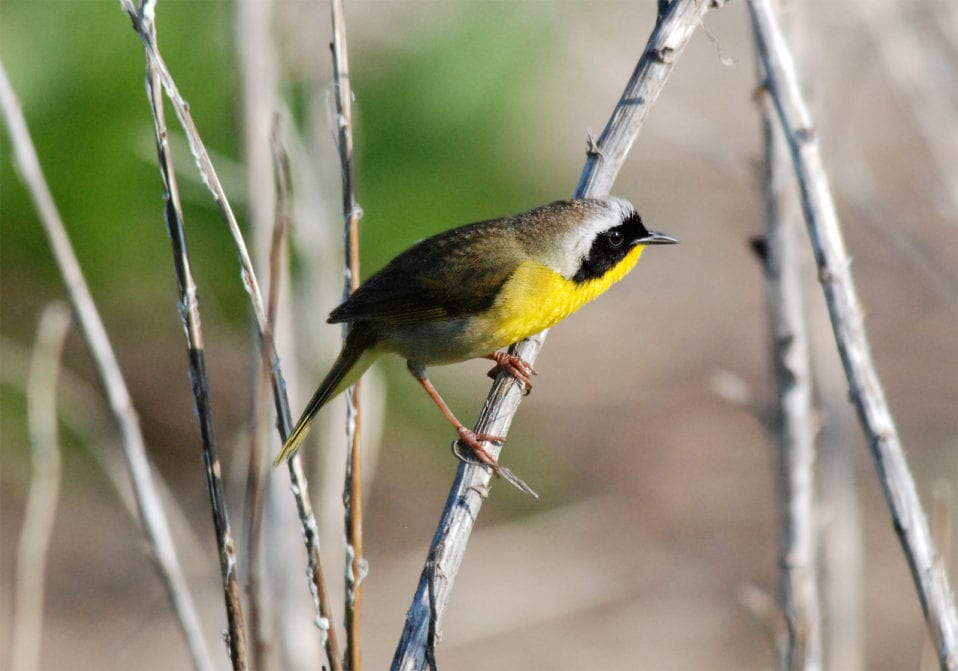 When thinking of what is “common”, it suggests things that one perceives as being familiar or ordinary or perhaps even not special in any kind of way. Sometimes these things that are considered common are taken for granted or overlooked because of their perceived abundance. Sometimes even how they are named implies that they occur frequently and are “seen all the time”. Take for instance, birds species, such as the Common Yellowthroat, the Common Nighthawk and the Common Grackle. All species that if you check their conservation status, as designated by the International Union for Conservation of Nature (IUCN), are listed as species of “Least Concern” and common because of their current population status. However, the same report also indicates steady declines in all 3 species since 1966 as corroborated by the North American Breeding Bird Survey (i.e., Common Yellowthroat populations have declined cumulatively since 1966 in the US by 38%, Common Grackle have declined 58% and Common Nighthawk 61%).

While Federal, and then state listed, Endangered and threatened species typically receive the most attention and focus when it comes to conservation efforts, “common” species do factor into conservation objectives and management. Perceived abundance of these “common” species and the idea that “generalist” species can always adapt, does not guarantee invulnerability from significant population declines over time.

Many factors contribute to species population declines, and yet the loss and degradation of suitable habitat continues to be a primary and driving factor. There is hope though as landscape level conservation and stewardship practices can make a difference and help to halt if not reverse these declines. Keeping common species common in areas where they are abundant through active stewardship serves as a preventative measure to retain those species at levels that allow for sustainability and suitable ecological function of a habitat. For instance, a “common” bird in NJ that arrives each spring, breeds and spends the summer is the Gray Catbird. According to a 2013 report by the Partners in Flight Science Committee, the Gray Catbird is the 2nd most abundant bird breeding in the NJ (American Robins are #1). Additionally, NJ has the 3rd highest density of breeding Gray Catbirds in the US and Canada combined (24.56 birds per breeding bird survey route). Compared to all other species breeding in NJ, Gray Catbirds have the highest percent of their overall (global) population in the State. (Partners in Flight estimates that 620,000 individuals make NJ their home in the spring, which represents 2.3% of the overall (global) population). While that number seems low, it is the bird that has the highest percent of its breeding population in NJ, as compared to all other breeding bird species in NJ (Prairie Warblers are 2nd at 1.5%, American Robins only 0.3% – robins have the largest estimated population of any North American bird species and are broadly distributed across the continent).

Although Gray Catbirds are typically considered a generalist when it comes to their spring and summer habitats, they do favor dense tangles of shrubs, vines, and thickets of young trees, indicative of early successional young forest landscapes. Thus, specific habitat management for other young forest habitat species, such as the Golden-winged Warbler, American Woodcock, Rose-breasted Grosbeak and others, ultimately have a positive impact on Gray Catbird by providing suitable breeding habitat to maintain and/or improve their population.

As indicated by the Partners in Flight (PIF) Landbird Conservation Plan (2016) and the Appalachian Mountain Joint Venture, the Northeast does have many stressors that have now resulted in a majority of forest lacking structural and age-class diversity which are required for the survival of many species, including some of the more “common” ones (see also New Jersey Forests 2013) . To revive a dynamic forest landscape and create a mosaic of forest types that supports suites of species (rare and common) requires a long-term process of active management and stewardship. Without action that will help to prevent further declines, more species ultimately will be listed or simply lost, and as indicated by PIF, “their recovery will come at a greater cost to society.”

As part of the Delaware River Watershed Initiative (DRWI), and through funding from the William Penn Foundation and the National Fish and Wildlife Foundation, NJ Audubon is seeking more landowners and farmers in the Highlands Region and the Kirkwood-Cohansey Aquifer Region of the State for enrollment into the various federal conservation cost share programs for forestry/agricultural Best Management Practices (BMPs).  These BMPs when implemented can help provide critical habitat for these species, as well as, contribute to improving water quality in the region.  Additionally, depending on your property’s location within those regions, you may be eligible for additional funding or free restoration related materials, especially for riparian and wetland restorations. For more information on the NJA DRWI related funding opportunities contact John Parke at [email protected] in the Highlands Region and Kristen Meistrell at [email protected] in the Kirkwood-Cohansey Aquifer Region.

All photos by John Parke

Your ticket for the: Keeping Common Species Common