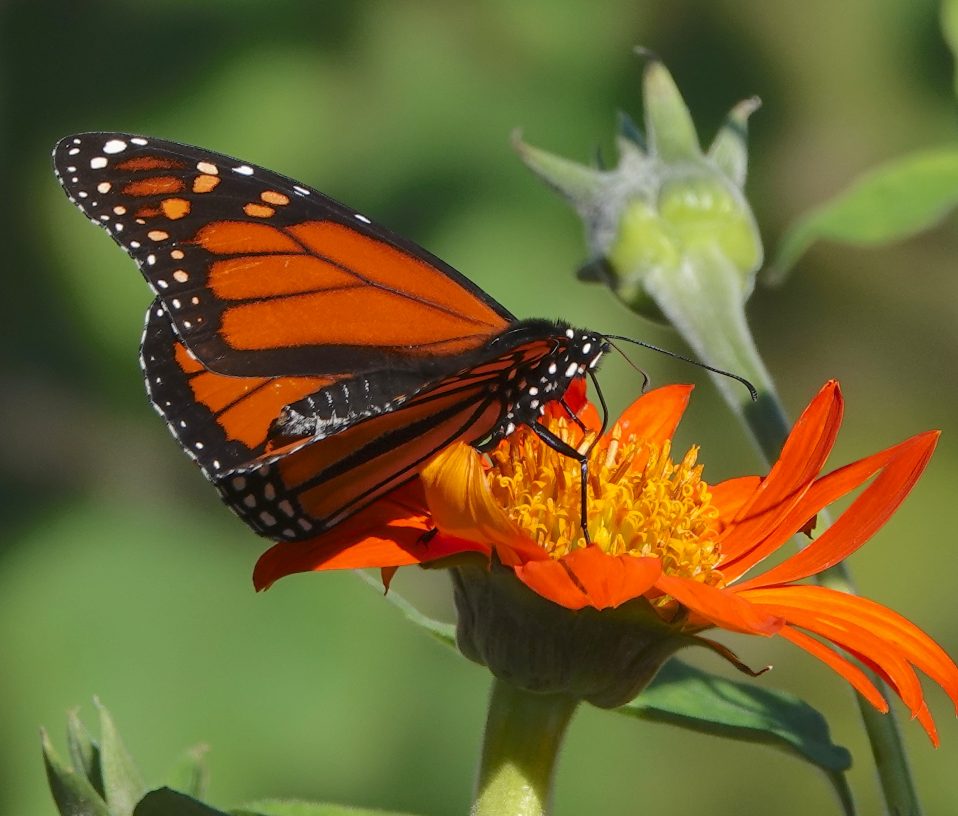 Our field season runs from September 1 to October 31, and in some years, we see very few monarchs after about October 20. Big numbers of migrating monarchs arrive to the winter colony sites right around the beginning of November. Since those colonies are 2000 miles away from Cape May, it makes sense that most monarchs should have passed through this area weeks earlier. Early last week, we saw a few days with cold, windy, and rainy weather with reports of freezing temperatures and snow from northern New Jersey right up through all of New England. Monarchs don’t survive prolonged freezes, so we figured the migration was over. For the last several years, we have continued to conduct our census into November as a test. We decided to do that again this year, but when there were no monarchs to be seen during the cold weather — for a couple of days the census counts were all zero — we figured our season was truly finished. Then the weather changed, and suddenly we came into a spell of warm, sunny days. And monarchs were back! At first it was just a few, but numbers quickly grew. It’s nothing like the big numbers of early October, but it’s still a surprise. Our seasonal naturalists finished their work at the end of October, but we still have volunteers in town and collectively, we have tagged more than 200 monarchs over the last three days. Unfortunately, there’s not a lot of nectar available for these late monarchs. We’re seeing virtually all of them in the few gardens that still have flowers in bloom — Mexican sunflower, zinnia, lantata, and Vitex are still blooming in several gardens. There’s also a bit of seaside goldenrod in bloom out on the upper beach, but most places have no flowers left. Many of the monarchs being tagged have little or no fat reserves, and fat provides the fuel for migration. Will they find enough food to tank up for the next part of their journeys? Will they find enough nectar as they go south from here to sustain them on their long travels? Can they avoid freezing temperatures and make it all the way to Mexico? We really don’t know, and we assume that the odds are against the November monarchs, but we continue to actively tag in hopes that some will be found further south and will provide hints, at least, to the answers to these questions. We will be astounded (and delighted) if one of these November monarchs makes it to Mexico.

We’re also curious about where these November monarchs have come from. Some that we are seeing are worn or even tattered, suggesting they’ve been around since before the early November storms, and they might not be fit enough to even try to migrate away from Cape May. We are also seeing some that are pristine, looking very fresh. We know that there are late caterpillars each year, and we suspect that as long as the weather permits, there will be newly emerged monarchs entering the population. We know that they can’t have come from terribly far north of here, for the freezes of early November in much of the northeast would have been fatal to any remaining monarchs, whether they were still caterpillars or if they had metamorphosed into the chrysalis or adult stages. So, it’s our guess that our November monarchs began their lives in southern New Jersey or southeastern Pennsylvania.

As long as the monarchs are still here, we will continue to conduct our censuses and we will keep tagging some of the monarchs that are in Cape May Point. When we are tagging, we often attract curious onlookers which gives us the chance for an impromptu lesson into monarch biology and conservation. If you’re in Cape May Point while our warm November weather continues, and if you see one of us out there with a butterfly net, don’t hesitate to ask about our work. We’re always eager to talk about monarchs. 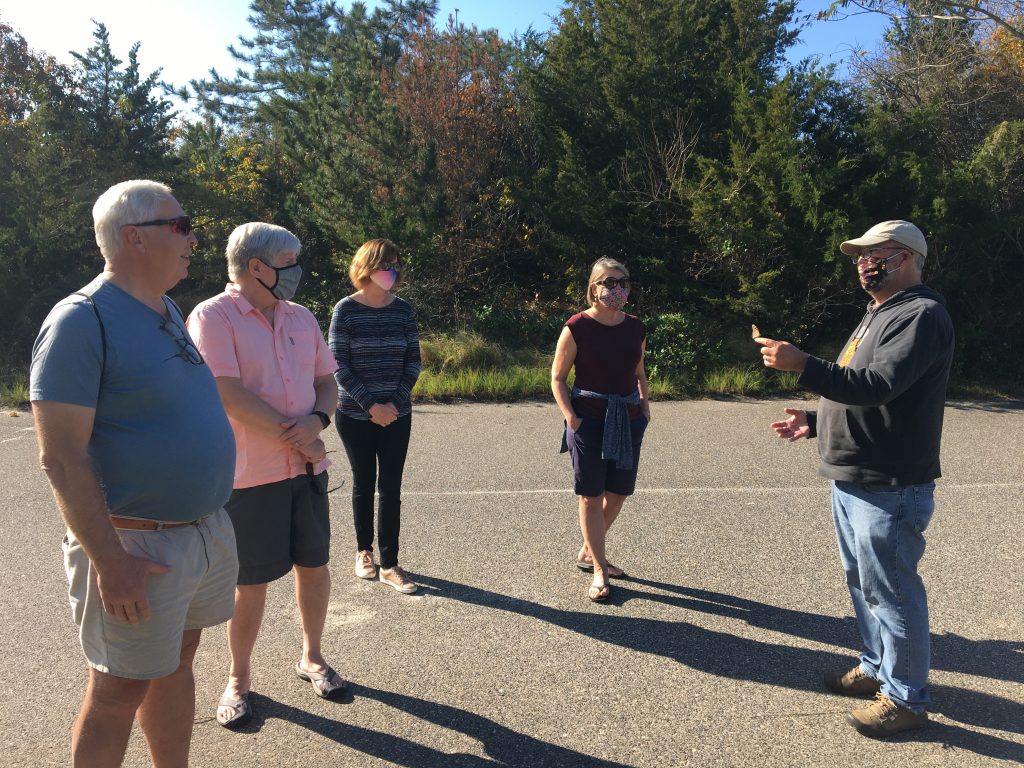 A reminder: if you see a tagged monarch, make an effort to read the 4-letter, 3-number code on the tag — the easiest way to do this is often to tag a digital photo and then enlarge it on a computer until you can read the code. Then go online to the website printed on the tag, mwtag.org, and add the requested data. Watch the monarchwatch.org website in the coming months. For once all the data is assembled, they’ll report on all tagged monarchs that are subsequently found and reported. We have started to compile the season’s tagging data, but our annual summary will have to wait until we are truly finished with tagging for the year. Rain is expected to come later this week, but it’s predicted to stay relatively warm, so perhaps we’ll keep seeing (and tagging) monarchs for another week or more. When we finally finish, we’ll report back on the total number tagged by our team in 2020.

Your ticket for the: MONARCH MONITORING PROJECT – November Monarchs