Strong North winds arrived on the first day of November, clearing away evidence of the fog and drizzle that had persisted the previous week. With these winds came a strong push of migrants.

On this day, over 500 Brants flew southeast within view of the platform in several large flocks, one of which had over 200 individuals. The last one to fly over traveled directly over the platform towards the Atlantic Ocean, close enough for the bird’s calls to be audible. The large number of individuals that made up each flock, coupled with their characteristic constantly-shifting and irregular formations, made for quite the sight. A few smaller flocks passed over on several of the week’s following days, as well.

Sunday the 3rd also had weather favorable to migration. Fifteen Red-shouldered Hawks migrated over the ridge, which has been the highest daily tally of the species so far this season. Most individuals were adults, but one juvenile appeared in the grove in front of the platform to perch briefly before the local mob of Blue Jays coerced it into finding a resting point elsewhere. A lone male Northern Harrier and Osprey made appearances this day as well; both followed the same flight path in glides directly over the platform. The most exciting migrant of the day, however, was a juvenile Northern Goshawk that flapped just above the canopy immediately off the east side of the platform. It offered close, yet fleeting views before making its exit over the platform’s arborvitae hedge.

The two other accipiter species have continued as the staple raptor migrants, in addition to Turkey Vultures. Large flocks of American Robins, Red-winged Blackbirds Common Grackles, and House Finches have also appeared every day this week, with most passing over in morning hours. 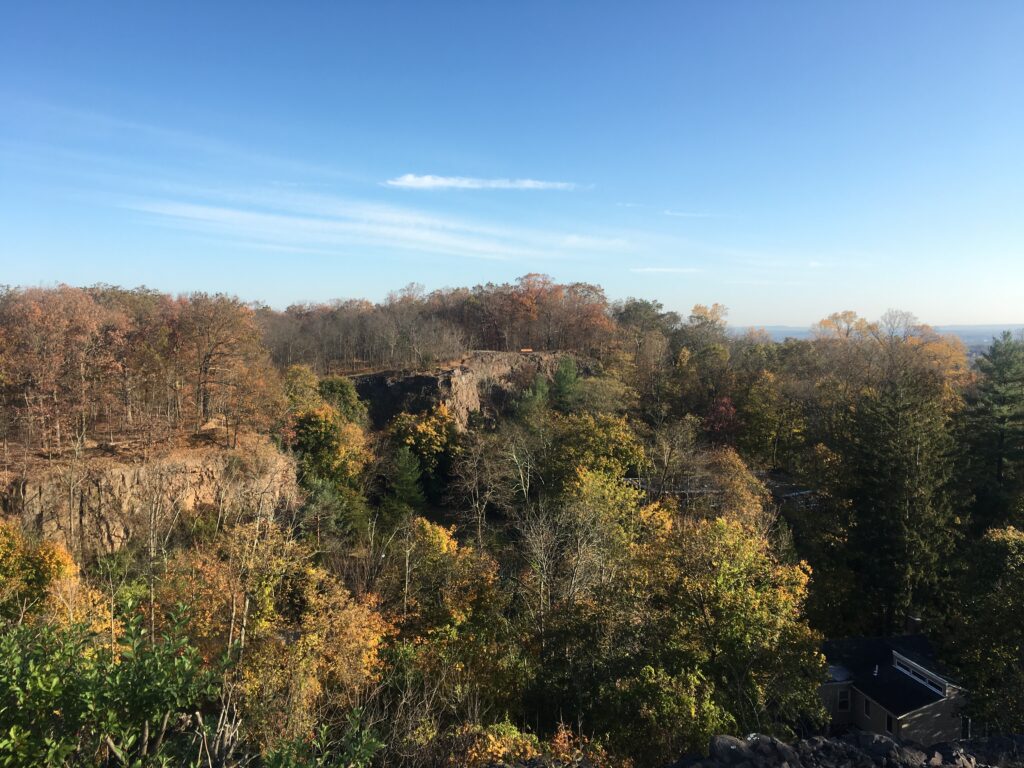 Autumn view from the Hawkwatch

Your ticket for the: Montclair Hawkwatch Update- November 7th