The standout day this week was without a doubt Friday November 8th. It was a classic fall day in Cape May; brisk northerly winds and cool temperatures. The kind of weather all hawkwatchers look for in the forecast and circle on their calendars. The birds did not disappoint either! Diversity was good from the start. Once the sun warmed things up a bit, the buteos got up and began kettling in the warm thermals. Surprisingly, two Broad-winged Hawk were observed, which are quite uncommon in November, as they should be in their wintering grounds in South American at this time. Red-shouldered and Red-tailed Hawks began rolling as well and moved past in solid numbers. Final totals were 61 Red-shouldered Hawks and 46 Red-tailed Hawks. All three falcon species were seen as well which is always a treat this late in the season. Now is the time to soak in all the beautiful Red-shouldered hawks, like this juvenile, as we are in their peak migration right now.

As the day progressed and the north winds had been kicking for over half a day, the bigger birds starting making an appearance. Bald Eagles, glided past unbothered by the strong winds as if they were being towed across the sky. By days end 18 Bald Eagles were tallied. However, the headliner of November 8th was the trio of Golden Eagles. Each one, flying past a little closer than the last, giving all the visitors breathtaking looks at these gorgeous birds of prey. They were the perfect end to a fantastic day of hawkwatching. The grand total for the day was 368 raptors. 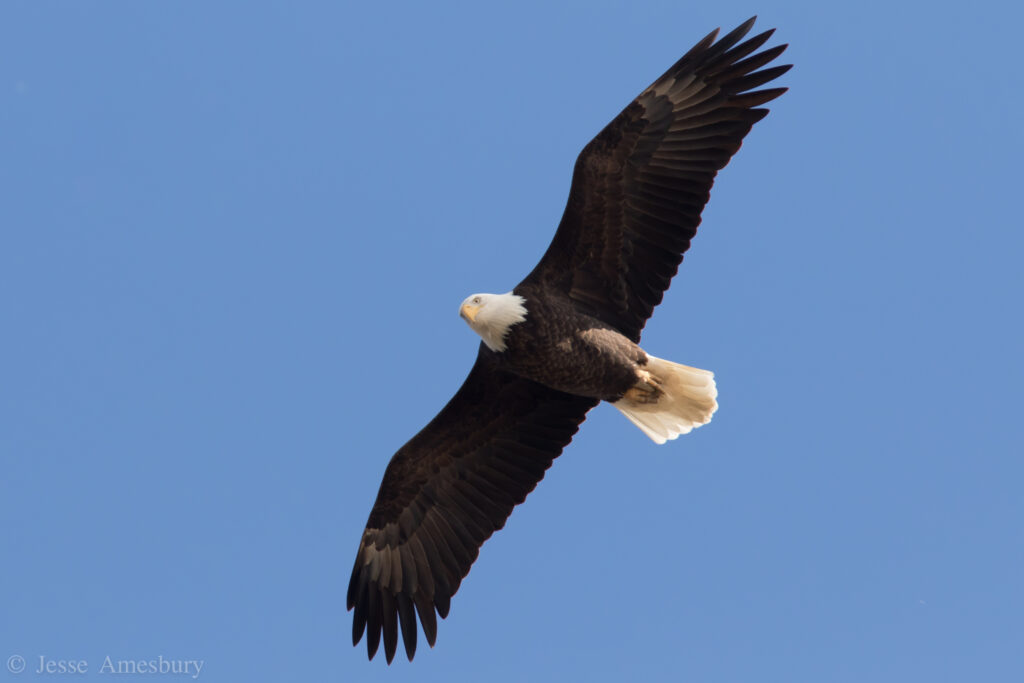 Bald Eagle coming in hot! This individual inspected us as it patrolled Bunker Pond in search of any potential waterfowl prey. One of three juvenile Golden Eagles that made everyone’s jaw drop. This one flew right over the pavilion roof! You can never get enough Golden Eagles! This juvenile bird flew past in gorgeous afternoon light, capping off a quintessential November Cape May day.

The rest of the week was very slow. Temperatures warmed back up, winds shifted to the south, and periods of rain all contributed to very little raptor migration. That doesn’t mean there is nothing to see from the platform. We have seen very good diversity of songbrids and waterfowl as of late. A Black-throated Green Warbler surprised us on November 9th and 11th. A Vesper Sparrow also hung out for a few days. November 8th also brought us another Cave Swallow, the sixth this season. The Eurasian Wigeon continues to be seen almost daily, and Tundra Swans have joined the hordes of Mute Swans on Bunker pond. 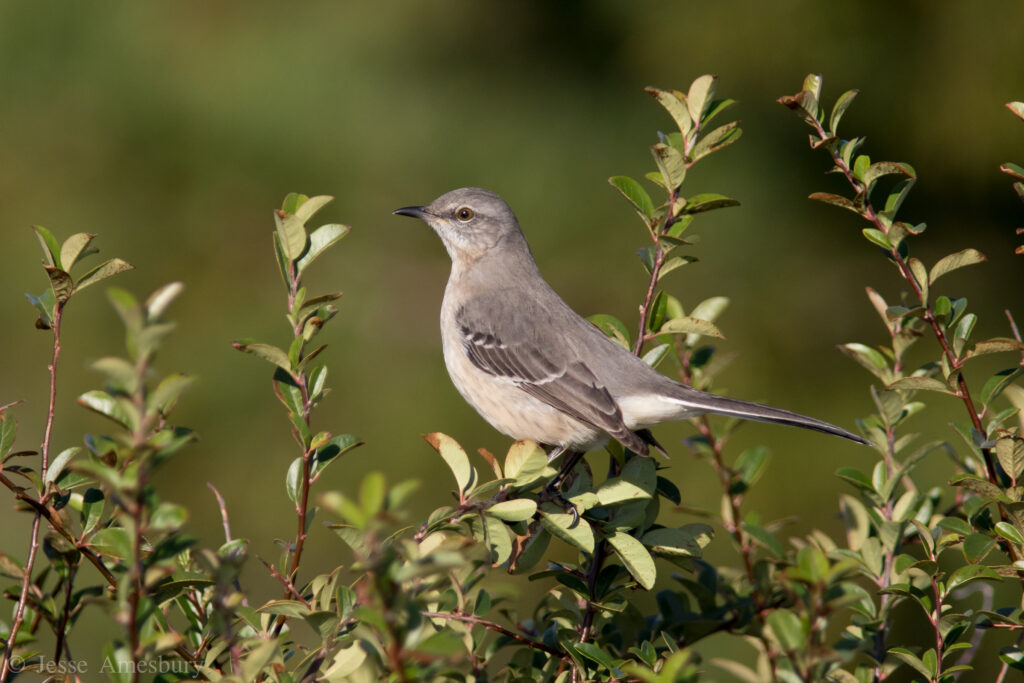 Can’t forget about all the common birds seen from the hawkwatch. Northern Mockingbirds are always photogenic as they love to perch up next to the platform and stake out their territory.

Your ticket for the: Cape May Hawkwatch – November 12th