The central region of the Delaware River Watershed is a critical resource for locally-grown food and drinking water, prompting New Jersey Audubon to conduct a comprehensive survey of local farmers in Warren, Sussex and Hunterdon counties about regional agriculture and conservation issues that impact land management.

Partnering with Dr. Ethan Schoolman, Assistant Professor of Human Ecology at Rutgers University, New Jersey Audubon surveyed farmers and rural landowners about what influences their land management decisions. The survey also looked at how those decisions may impact changes in behavior that result in greater conservation of the region’s natural resources, especially water. This study is an important component in the Delaware River Watershed Initiative, an ongoing collaboration to protect forests and farms, clean up streams, and make our cities and suburbs greener to ensure swimmable, fishable, drinkable water for years to come.

New Jersey Audubon’s study focused on the Delaware River because it is the lifeblood of the Mid-Atlantic supply of drinking water to 15 million people in New Jersey, New York, Pennsylvania and Delaware, supporting jobs for millions, providing food from farms, and home to numerous wildlife species, a number of which are of conservation concern. As revealed in the survey, education is also key, as only 60 percent of the farmers surveyed said they were aware of the Delaware River Watershed Initiative.

“Through this study, we are trying to measure the potential for changes in behavior and attitudes when it comes to land management, farming activities, and care for water, wildlife and habitat,” explained John Cecil, Vice President for Stewardship at New Jersey Audubon. “We want to learn the concerns of farmers and rural landowners so that we can better assist them in implementing conservation practices that benefit clean water, wildlife and habitat. What farmers and landowners do on their lands can have an impact far beyond their property boundary.”

An example of the report’s findings is “farm management decisions.” Of the most important considerations, it was learned, farmers believe soil health is the top priority, followed by good water quality and the availability of water. 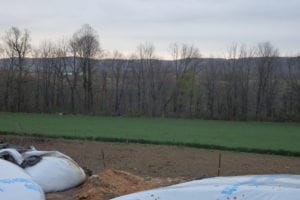 Cover crops supplied by NJA to a farm along the Musconetcong River help improve soil health AND act as a buffer to the river. Photo by John Parke

“We are pleased to see, according to the study, that New Jersey farmers are addressing soil health issues which can have a direct influence on water quality, by using cover crops and field buffers” said John Parke, New Jersey Audubon’s Stewardship Project Director.

Another interesting finding: farmers’ opinions about the most significant negative impact on the region’s water quality. It was learned that half of those surveyed are concerned about stormwater runoff from impervious surfaces that were non-agricultural / non-farm related, while 20 percent expressed concern about agricultural runoff, such as erosion, chemicals and animal waste in the fields. Bobolinks, a NJ State Threatened Species, Perched in a Cow Pasture in the Musconetcong Valley. Photo by John Parke

Additionally, the survey indicated that farm owners and operators in the Watershed are motivated to participate in conservation programs for both economic AND environmental goals. Environmental goals, particularly water 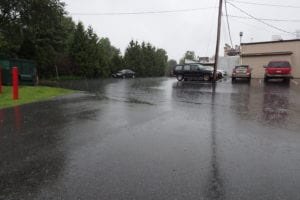 quality and wildlife habitat, may be more important than economic goals, it was learned.

“Due to its long history working with farmers in the Delaware River Watershed central region, NJ Audubon was an ideal partner for a survey project of this kind,” said Assistant Professor and study designer, Dr. Ethan Schoolman, Department of Human Ecology of the School of Environmental and

Biological Sciences at Rutgers. “We wanted to elicit responses that would help NJ Audubon and other organizations to develop new programs to help farmers, while exploring questions that would be interesting to a wide audience of researchers and policymakers. I believe that we succeeded, and the resulting survey report is a testament to that,” Schoolman added. The study was supported by funding from The National Fish and Wildlife Foundation (NFWF) and the William Penn Foundation.

Your ticket for the: NJA and Rutgers Study Sheds Light on North Jersey Farmers Opinions on Conservation, Habitat and Water Quality