What Does “Old-Growth” Really Mean? It depends – Example 2 – Eastern Hemlock Forests of Northern NJ (Installment 4 of 6) 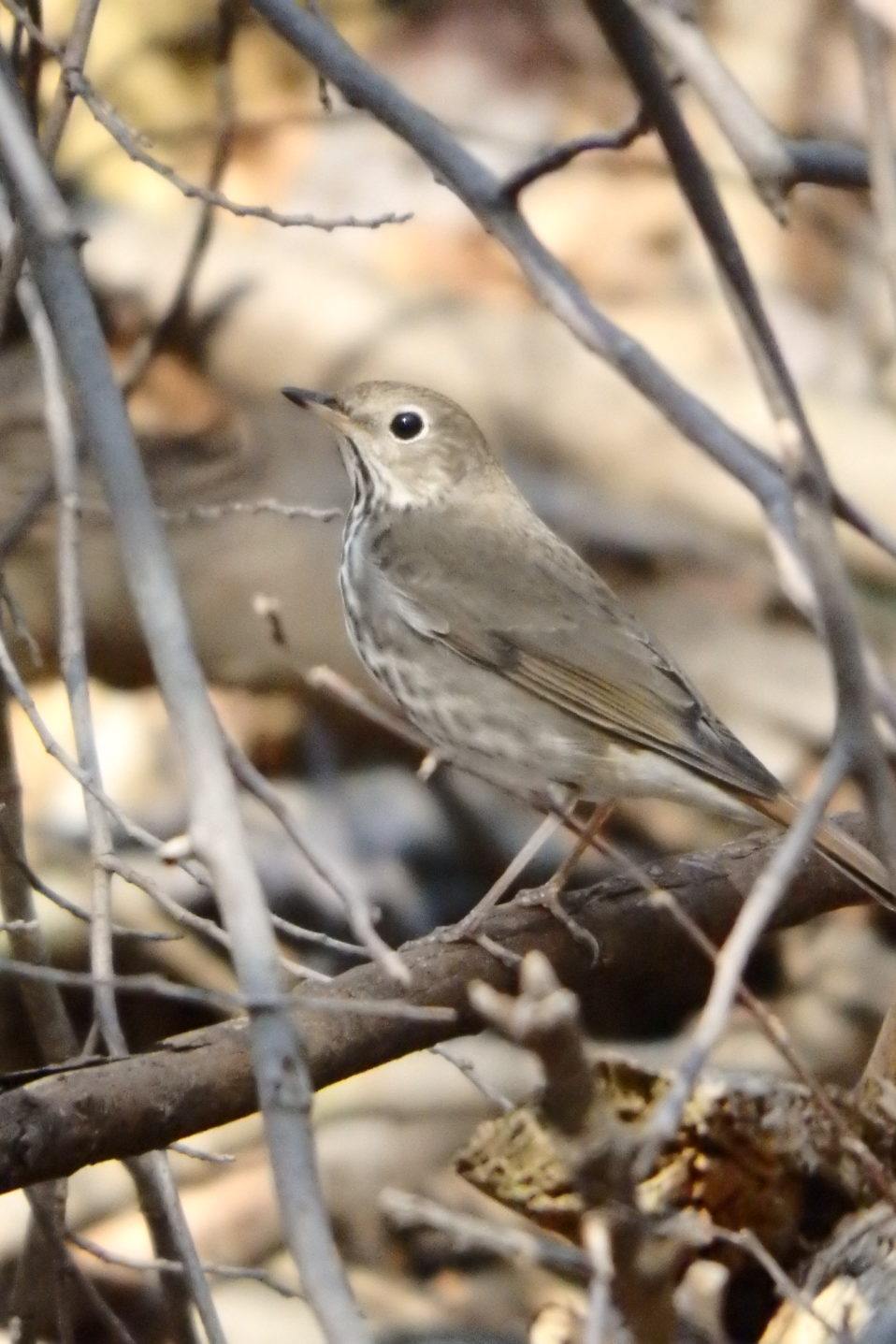 Another example of older forests in New Jersey that have suffered significantly due to lack of management are forests comprised of Eastern hemlock.  Davis (1993, 2003) discussed that many of NJ’s historically old growth forest had been dominated by Eastern hemlock, which is a conifer species that can live up to 800 years. Some areas Davis identified as possible old growth Eastern hemlock forests throughout NJ included preserved areas known as: a 30-acre hemlock preserve at Valhalla Hemlock Glen, a 5-acre hemlock stand near Laurel Pond in Wawayanda State Park, and a 25-acre selectively cut hemlock-mixed hardwood forest located in Tillman Ravine Natural Area in Stokes State Forest. Additionally, some smaller forest patches in the Delaware Water Gap National Recreation Area (DWGNRA) were also included as possible old growth hemlock stands. 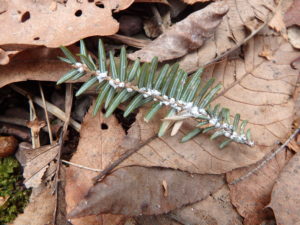 Eastern hemlock forests are a distinctive ecosystem supporting cooler streams that are hydrologically more stable than streams in hardwood forests, making them more likely to support trout and aquatic insect species. However, in the last 30+ years the Eastern hemlock forests Davis (1993, 2003) identified have been severely degraded by the introduction of hemlock woolly adelgid (Adelges tsugae, HWA). HWA is an aphid-like insect from Asia that feeds exclusively on hemlock and was first documented in Virginia in the 1950s. It spread throughout the eastern US, first appearing in NJ in 1978, and has caused severe decline and mortality of Eastern hemlock (Evans 2004). Eastern hemlock trees of all sizes and ages are attacked, but large mature trees that are tightly packed across the landscape can be severely attacked (Smith-Fiola et al. 2004). In an effort to control HWA several species of biological control beetles that predate HWA have been released in NJ. However, after several years of monitoring overwintering survival was low to non-existent for several of these beetle species and it was determined that some biological control beetles are not a good climate match for NJ. Although one beetle, the Japanese lady beetle (Sasajiscymnus tsugae), that was released in NJ between 1998-2006 has successfully established in NJ, its effect on the HWA population remains to be determined (Mayer et al. 2017). Through monitoring and modeling it is predicted that eastern hemlock mortality will reach 80% between 2020 and 2030 in the Delaware Water Gap (Evans 2011). This demise of Eastern hemlock was also predicted in the Davis book, as Dan Palmer, then a researcher with the New Jersey Department of Agriculture, working on the the hemlock project was quoted as saying, “The [Hemlock] groves [in these areas] are considered to be doomed (Davis 2003).

2021 photo of Tillman Ravine Natural Area that depicts the dead or dying Eastern hemlock stand that surrounds the Tillman Brook.  This lose of hemlock has lead to little hemlock regeneration but instead has spurred new growth of deciduous hardwoods (such as Black Birch and Red Maple) which are replacing these hemlock stands. Photo by John Parke

The continual decline of Eastern hemlock, combined with climate change impacts and excessive deer herbivory, is causing these older hemlock forests to transition to mixed native hardwoods. Some of these older Eastern hemlock stands, like the Tillman Ravine Natural Area and Valhalla Hemlock Glen, are experiencing little Eastern hemlock regeneration and are being replaced by native hardwoods as well as being increasingly threatened by invasive species like tree-of-heaven, Japanese barberry, and multiflora rose (Evans 2004). Since deciduous trees and these invasive woody plants lose their leaves for a portion of the year, streams that historically experienced year-round shade in these Eastern hemlock forests are now more vulnerable to fluctuating water temperatures, which can be detrimental to wildlife species, especially trout.

2021 photo of dead and dying Eastern hemlock stand in Tillman Ravine Natural Area that depicts little to no understory regeneration as well as the remains of an old stone row which indicates that this area is not a pristine untouched forest since it had been historically cleared for most likely agricultural purposes. As these dying hemlock forests change over to deciduous hardwoods wildlife species that use hemlock forests, such as Black-throated Green Warbler, Blackburnian Warbler, Blue-headed Vireo and Hermit Thrush (shown in photo in the intro of this blog) will also be impacted. Photos by John Parke

Davis, M. D., 2003. Old Growth in the East: A Survey. Revised Edition, Appalachia-Science in the Public Interest on behalf of the Eastern Old-Growth Clearinghouse, Georgetown, KY, First edition: Copyright © 1993 by the Cenozoic Society.

Your ticket for the: What Does “Old-Growth” Really Mean? It depends – Example 2 – Eastern Hemlock Forests of Northern NJ (Installment 4 of 6)

What Does “Old-Growth” Really Mean? It depends – Example 2 – Eastern Hemlock Forests of Northern NJ (Installment 4 of 6)