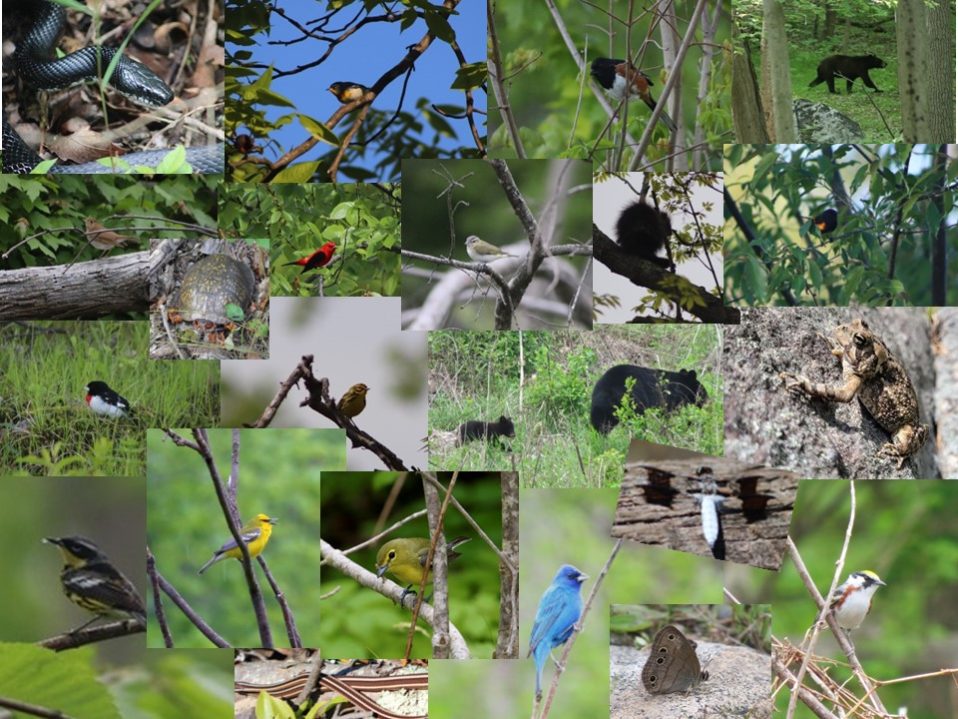 Since the start of the USDA Natural Resource Conservation Service’s (NRCS) Working Lands for Wildlife Program (WLFW) in 2012, New Jersey Audubon (NJA) has been instrumental in assisting numerous private landowners to enroll in the program, develop habitat management plans, as well as implementing those plans, for the recovery of declining wildlife.

According to NRCS, “With two-thirds of the land in the lower 48 states privately owned, much of it is working agricultural land. These lands include farms, ranches and forests which produce much of our country’s food and fiber and are the backbone of rural communities. Working lands also provide clean water, recreational opportunities, and critical wildlife habitat. Through the WLFW program NRCS partners with conservation organization, (like NJ Audubon) to assist the agricultural and forested landowners to ensure these lands are healthy, productive, and resilient long into the future. Through WLFW, the NRCS has created a win-win model of private lands conservation that benefits wildlife and people that now includes conservation efforts focused on 19 diverse landscapes in 48 states. WLFW is internationally recognized as a successful conservation paradigm because it’s outcome-focused, science-based, and partnership-driven.” 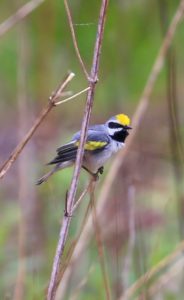 Though most of the focus on WLFW in NJ has been the implementation of various conservation practices to restore or enhance habitat, another task associated with WLFW that is often not mentioned is the monitoring of the projects to measure the outcomes of the restoration work.

One such monitoring project associated with the WLFW program is the monitoring of bird species utilizing the young forest treatment areas created under the WLFW program specifically targeting the Golden-winged Warbler (GWWA).  According to the North American Breeding Bird Survey (which began in 1966), “Golden-winged Warblers have declined by as much as 68 percent which today makes them one of the smallest populations of any songbird outside the Federal Endangered Species List.” In NJ the Golden-winged Warbler breeding population is considered an Endangered Species.

Monitoring surveys at these sites, as well as some adjacent power line sites, are conducted by qualified staff from both NJ Audubon and the NJ Division of Fish and Wildlife Endangered Non-Game Species Program (NJDFW-ENSP). The surveys consist of point counts at 174 forest treatment areas and control points with both passive observation and use of playback calls during the spring season.

It is important to realize that ecological forest restoration projects targeted toward the recovery of Golden-winged warbler through the WLFW program, ALSO provide crucial habitat for many other species (both plant and animal) that are also declining due to habitat loss. Given GWWA are very picky as to their preferred habitat, one cannot just simply try to restore a random area to attract this species without considering numerous other aspects of the site.  When planning these projects, landscape features, such as elevation, proximity to wetlands, site vegetation and soil types need to be considered as well as other factors, including proximity to known GWWA populations and other species life cycle needs. What is key, is that given these specific guidelines for where and how to create GWWA habitat, a multitude of other species still benefit from the work, including forest interior bird species that also utilize the young forest treatment areas for foraging, escape cover and brood rearing.  Furthermore, many other wildlife species, such as mammals, amphibians, reptiles, and invertebrates utilize these treatment areas as well.

To get a sense of what NJA and NJDFW-ENSP staff are seeing during this year’s GWWA surveys below is a photo gallery of just some of the species detected at the GWWA survey points.  All photos were taken this Spring 2022 GWWA survey season